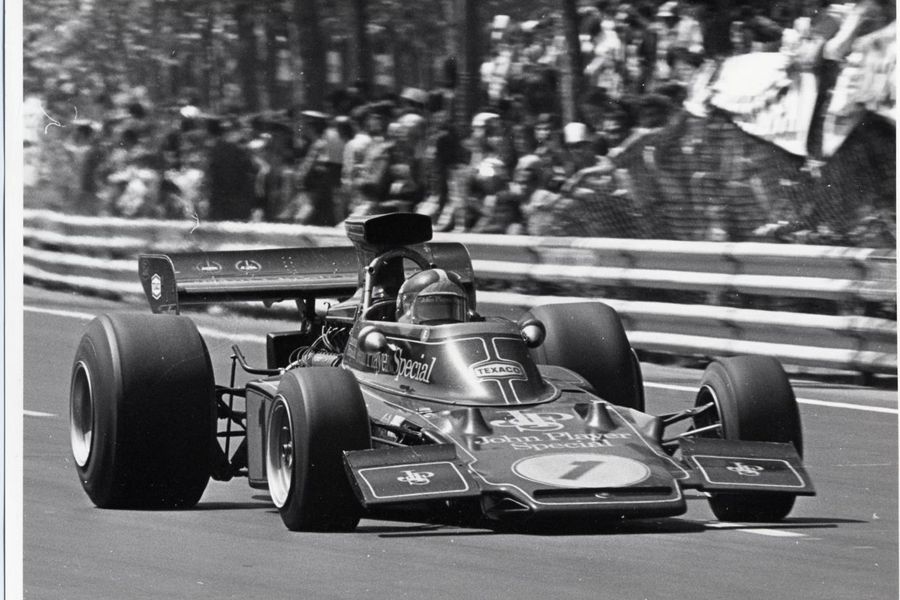 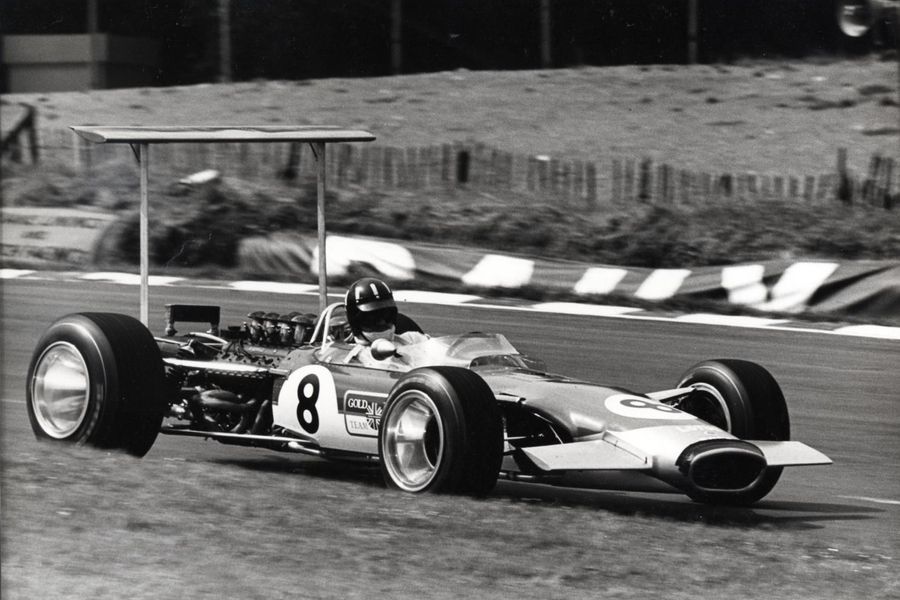 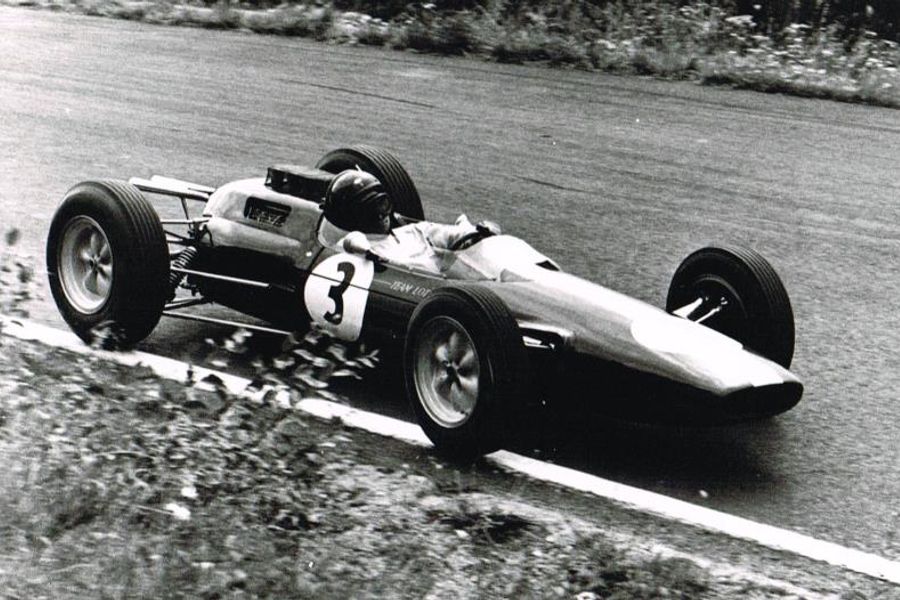 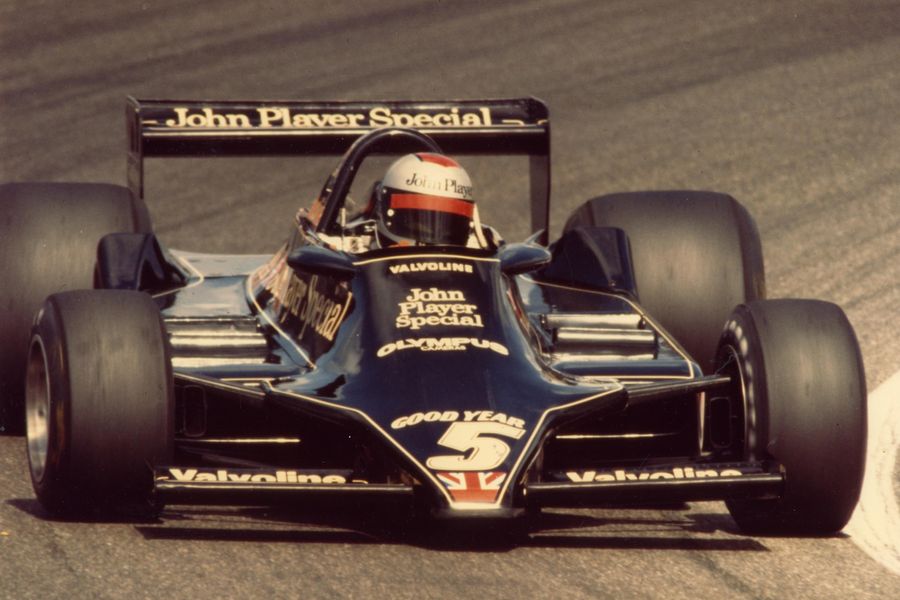 Lotus have a strong presence at next week’s Goodwood Festival of Speed and with some classic race cars taking to the hill and one very special car on their stand alongside their modern wares.

Alongside cars such as the the Evora GT4 Concept will be a very special Lotus Type 25 F1 car – the almost mythical 25/R6 – which is the actual car in which Jim Clark set the best ever time of 1:20.4 for a lap of the Goodwood circuit in 1965 - a tim elater equalled by Jackie Stewart at the same meeting.

This lap time has never been and never will be bettered due to changes in the original configuration of the circuit, and Lotus is grateful to the Museum Tinguely for the loan of this unique race car.

Another Jim Clark record still standing is his eight ‘Grand Slams’: pole position, fastest lap, leading every lap and victory all in the same race, two of which he achieved in 25/R6 at the 1964 British GP and the 1965 French GP. Jim Clark is still way ahead of the next best three - Alberto Ascari, Michael Schumacher and Lewis Hamilton - who are on five ‘Grand Slams’ each.

There will be two Evora GT4 Concept race cars at Goodwood this year – both in identical colour schemes mimicking the Lotus Type 25 livery. One will be on the Lotus stand, while the other will be driven up the Goodwood Hill Climb course by Lotus’ Director of Vehicle Attributes, Gavan Kershaw, a former winner of the British GT Championships in a Lotus Evora.

A number of legendary Lotus cars prepared by Classic Team Lotus will head up the Goodwood Hill Climb at the 2019 Festival of Speed:

Lotus 18 – chassis 912
This famous Lotus Type 18 in Rob Walker Racing colours was driven by Stirling Moss to arguably his greatest victory at the Monaco Grand Prix in 1961. It’s a race where the temperature at the circuit was so high that the side panels of this particular car were removed to allow cooler air to circulate around the cockpit, helping Moss to a spectacular win. This Lotus 18/912 will be driven by Clive Chapman, the son of Lotus founder, Colin Chapman.

Lotus 38 – chassis R7
Following a painstaking restoration, this Lotus Type 38 was driven by Al Unser in 1966 and Jim Clark at the 1967 Indy 500 races. It is liveried in the striking ‘Dayglo-Rocket-Red’ STP colour scheme with white high-mounted exhausts. The car will be driven by owner Nick Fennell.

Lotus 49 – Chassis R10
Chassis R10 is the only F1 car to have won the Monaco GP twice - in 1968 and 1969, both times by Graham Hill. R10 will be high-wing 1968 specification and driven by the Graham’s son Damon, the 1997 F1 World Champion. Damon is familiar with his father’s legendary Gold-Leaf red-white-and-gold car, having driven it at the 1,000th F1 World Championship race at Shanghai earlier this year. At that event, this famous Lotus 49 was given pride of place by being the only historic car invited to celebrate the landmark occasion race.

Lotus 72 – Chassis 5
The Lotus Type 72 is the most successful F1 design in the history of motorsport. At Goodwood Festival of Speed 2019 it will be united with its legendary driver Emerson Fittipaldi who drove it to the drivers’ and constructors’ World Championship honours in 1972 and again in the 1973 F1 campaign until it was crashed at the Dutch GP. The car has undergone a complete repair and restoration by Classic Team Lotus, using the original design drawings penned by Colin Chapman and chief engineer Maurice Phillipe to ensure it is returned to original specification. Emerson Fittipaldi considers 72/5 to be his favourite, having won his first GP in it, at Watkins Glen in 1970. Multiple Le Mans winner, Jacky Ickx, who raced a Lotus 72 in the 1974 and 1975 seasons, will also be taking the wheel of 72/5.

Lotus 79/2
79/2 is one of the cars that Mario Andretti campaigned and won the F1 Championship in 1978. The Type 79 pioneered the use of ground-effect aerodynamic downforce through its Venturi profiled underbody, and recently won the ‘Innovation Category’ award at the London Concours. This car will be driven by Lee Mowle, a British GT competitor and Classic Team Lotus customer.

Clive Chapman, Director of Classic Team Lotus, said: “This year’s contribution from Classic Team Lotus will be one of the most special for a long time. I am absolutely delighted that Damon, Emerson and Jacky will be reunited with the cars with which they have so much connection. And of course, I will fulfil a lifelong ambition to drive the Stirling Moss’ Lotus 18 – and if the weather is good, we can remove the side panels to recreate Monaco 1961!”

Lotus is a committed supporter of the Jim Clark Trust, the Scotland-based charity that celebrates the life of one of the greatest racing drivers of all time, and who first entered the world stage driving a Lotus.

With it comes a spare tailgate signed by all 20 F1 Drivers from the 2019 season. This shows the global support for this worthwhile charity, and Jim Clark’s legacy 51 years after his untimely death

Each ticket costs £20/€20 and the money raised goes towards supporting the Trust’s new museum in Duns, Scotland. The draw to win the Lotus Evora Jim Clark special edition will take place in mid-August 2019, so this is one of the last opportunities to win this unique and valuable car.

Phil Popham, CEO, Lotus Cars, said: “Lotus’ connection to Goodwood is long and strong, and this year, with the theme being Record Breakers, it is fitting that we remember the remarkable and unbeatable lap by Jim Clark, This heritage is our bloodline, but our focus is on the future and this will be reinforced by something new and extra special during the Festival.”