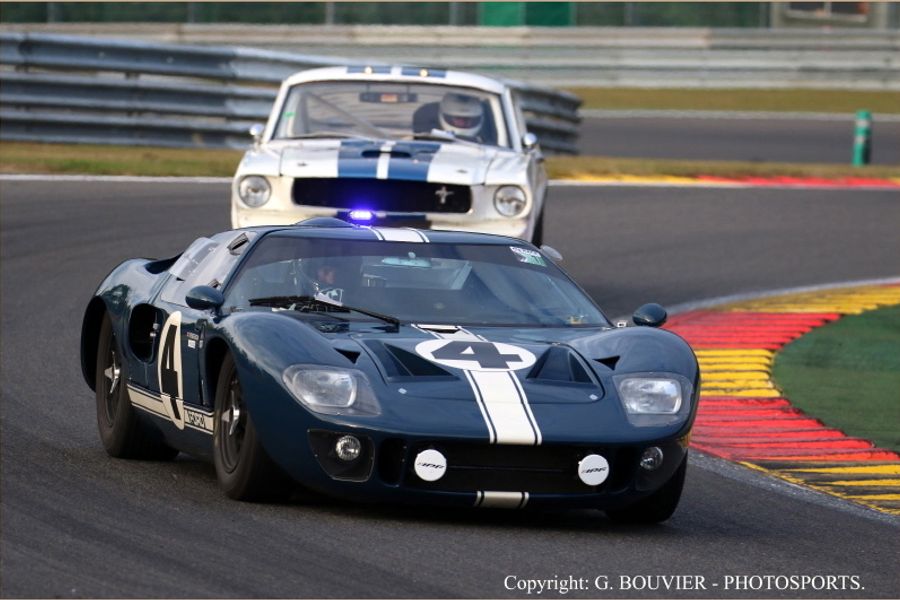 Will the Ford GT40 takes its 14th victory at the Spa Six Hours Endurance race this weekend? The GT40 has won the last eight years, and with 15 on the gridd it could be another successful outing for the 1960s sportswear classic. A true highlight of the historic calendar, the meeting starts today and runs through to Sunday 29th, with a host of fine races on the schedule, but is it Saturday’s six-hours that most fans are looking forward to, which will fetaure in excess of 100 cars and start at 15.55..

Heading the GT40 line-up are 2018 winners Marcus Graf Von Oeynhausen and Nico Verdonck, but for the experienced German and the young Belgian a second victory in a row could well be tricky taking into account the high level of the competition. Specialists in the field such as Walker, Meaden, Stretton, Davies, Newall, Hart, Meins, Bryant, Cottingham, Nolte, Gläsel, Le Blanc, Schryver, Guenat, Mahé, Hancock will all be at the wheel rival GT40s and keen to win. Partnering such well-known racers are names such as Nicolas Minassian, Rob Huff, Gordon Shedden, Nicky Pastorelli, and local hero Eric van de Poele, who is teamed up with the American James Farley! It looks promising ... all the more so as it is the year of the Ford GT40 – Le Mans ’69 Revival.

The Jaguar E-Types remain the Ford GT40s main rivals, the big cat’s last victory dating back to 2010 with the trio Minshaw-Stretton-Minshaw, who were also victorious two years earlier. A clutch of Jaguars  have every intention of bringing an end to the GT40’s winning series, with the racers such as Clark-McCaig-Smith, Minshaw, Burton-Finburgh-Newall, Hunt-Blakeney Edwards-Hunt, Melling-Minshaw-Pattle and Halusa-Halusa- Megrue all set to be quick.

One will also need to keep a close eye on the powerful Shelby Cobra cars, with Thierry de Latre du Bosqueau and Christophe Van Riet acting as the locomotives for the black-yellow-red teams, the appearance of Eric De Doncker teamed up with De Beaumont and Gaudard, as also the fearsome Guenat-Mahé duo, however danger could rather come from the impressive and brazen Lotus Elan, especially if the weather decides to complicate matters. In 26R, Shapecraft or S1 versions, these small racing machines created by Colin Chapman will be better armed than ever before, with such drivers such as Schryver, Wilson, Balfe, Wolfe, Lynn, Haddon, Tromans, Tomlin, Pink, Fox, Twyman and Hancock, not forgetting the presence of Sir Chris Hoy, six-fold Olympic Games track cycling champion. 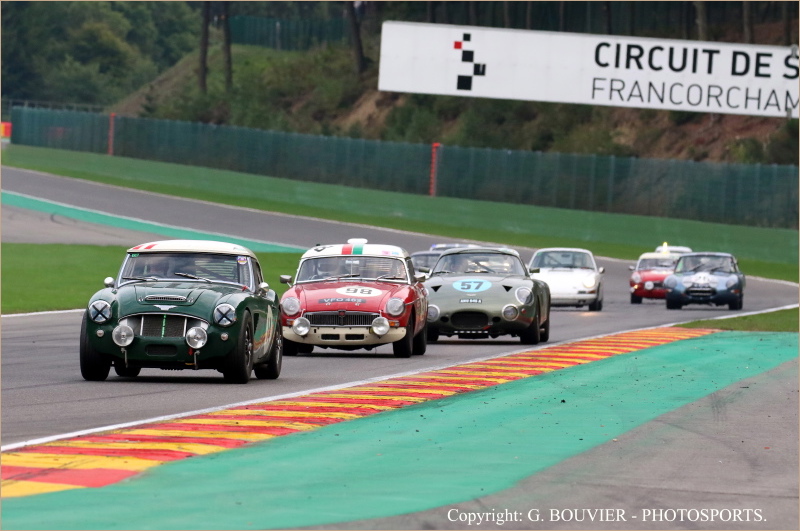 Among the unmissable cars of the Spa Six Hours Endurance are entries such as the superb Aston Martin DB4 GT DP214 of Friedrich-Hadfield-Mallock, the Bizzarrini 5300 GT (Muelder-Traber-Seefried) or the Iso A3/C Grifo Competizione (Nolte-X), the stocky but performing TVR Griffith of Reuben-Reuben-Whitaker, not forgetting the savage Elva GT160 of Birch-Burnett-Bradley and Faterni’s Porsche 904/6.

The highly eclectic grid also include models such as the Marcos 1800 GT, Morgan +4 Supersport, Triumph TR4 and TR4 SLR, Ford Falcon and Galaxie, Gilbern 1800 GT, as also Volvo Amazon and even Mini Countryman!

Once again Belgian teams will be there in force, with renowned names in the field of historic racing such as Pierre-Alain Thibaut, Christian Dumolin, Marc Devis, Freddy Van Sprundel, Geert Boels, Paul Lejeune...
For its 27th edition, the Spa Six Hours Endurance once again promises to be a great vintage bringing back to life the legendary and unmatched throaty roar of the engines.