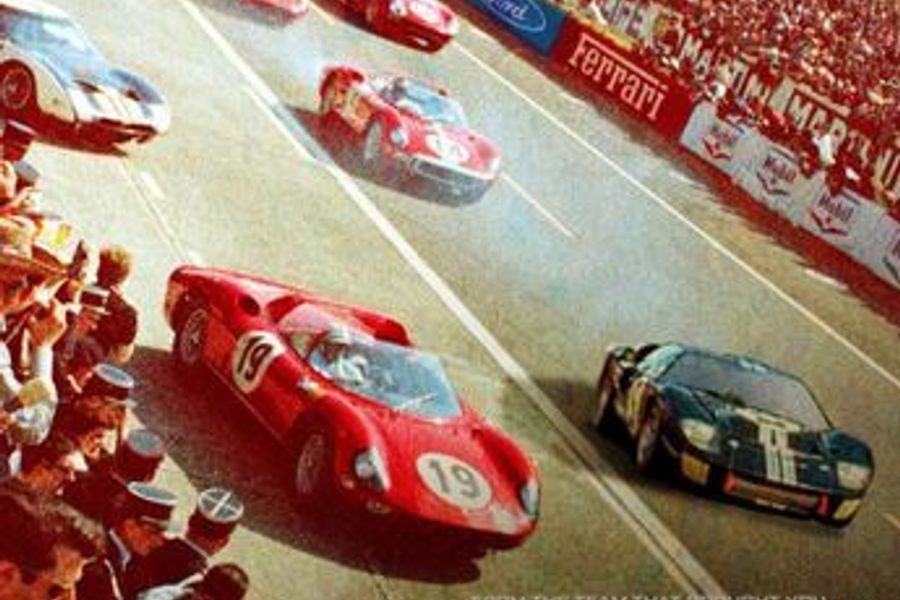 Click on the Video tab for the official trailer of ‘The 24 Hour War’ - a forthcoming documentary on the battles between Ford and Ferrari in long distance racing, and Le Mans in particular in the mid-1960. Scheduled for a US release before the end of this year, the Gearhead Films movie is produced by Adam Corolla, who was a writer on the recent Paul Newman documentary ‘Winning: The Racing Life of Paul Newman’ and also voiced Death in the several episodes of ‘The Family Guy’. Co-producer Nate Adam also worked on the Paul Newman project and is involved in a feature on ground-braking racer Willy T Ribbs scheduled for release next year.
The film looks to include ample period footage and a host of names from that period, though the focus in the trailer on crashes is a little worrying - especially as one appears to be the Pierre Levegh disaster from Le Mans in 1955 that left dozens dead - but may be part of trying to dramatise a niche subject for a mass audience. Whatever, any production that shows up the rich and dramatic history of our sport and we await more information - and a European release date!
Video 24 Hour War Le Mans