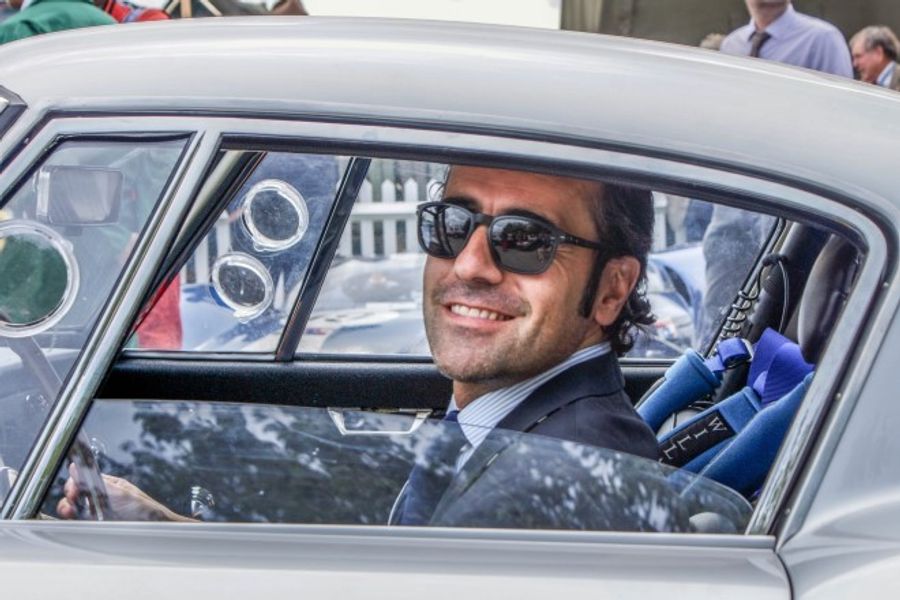 Three-time Indianapolis 500 winner and four-time IndyCar Series champion Dario Franchitti will return to racing at the 2019 Goodwood Revival. The 46-year-old Scot will return to the wheel in Goodwood's £200 million Kinrara Trophy, the world’s most valuable motor race, in a priceless Ferrari 250 GT SWB and also compete in the RAC Tourist Trophy Celebration at the wheel of an historic AC Cobra

His appearance at the Revival, September 13th-15th, will mark the first time that he has raced since 2013.

Friday evening at the Revival means one thing: the Kinrara Trophy, believed to be the world’s most valuable race. Cars with a total value in excess of £200 million race through the sunset and Franchitti will make his Revival debut in a fabulous Ferrari 250 GT SWB.

On ‘Super Sunday’, the legends will gather for the RAC Tourist Trophy Celebration race in which Franchitti will drive 39 PH – an AC Cobra which first competed at the 1963 Le Mans 24 Hours. He will join a field including nine-time Le Mans winner Tom Kristensen and former Formula 1 racer Emmanuele Pirro.

“I’m delighted to be returning to competition at this year’s Goodwood Revival” said Franchitti.

“I really thought my racing days were behind me but it is tough to give up something that has been a part of my life for so long and that I love so much.  Of course, this won’t mean a return to front line competition – so no Indy 500 – simply enjoying the sport I love as an amateur.

“I would like to thank everyone who has helped make this possible, in particular my family, friends and my doctors. I’m also grateful to the Duke of Richmond and everyone at Goodwood for being so supportive over the years. Thanks to Gregor and Hans, two great friends for allowing me to share their wonderful cars, I can’t wait!!”

The Ferrari 250 GT SWB in which Franchitti will compete for the Kinrara Trophy was painstakingly restored to racing fettle by owner Hans Hugenholtz after 48 years away from the racetrack, following a crash at Le Mans in 1962. Since then it has become a celebrated star of the historic motorsport circuit, and has been a regular front-runner at Goodwood events.

“I am delighted that this fabulous car will have a driver of Dario’s skill at the wheel for this year’s Revival,” said Hans Hugenholtz. “Each year the event creates unforgettable memories and I hope that Dario will savour every moment.”

Sharing the cockpit with Franchitti for the RAC TT Celebration will be Gregor Fisken. The renowned GT and historic racer will bring AC Cobra 39 PH back to racing fettle after many years in private collections. This car was built at AC’s Thames Ditton factory in 1963 and was entered at the Le Mans 24 Hours by the works team, which was managed by none other than Stirling Moss.

At Le Mans, 39 PH finished seventh overall at an average of more than 108 mph begore joining the Willment Racing stable, becoming one of the fastest GT cars to be seen in Britain throughout the 1960s. In this car, Jack Sears famously charged through the entire field to beat Jackie Stewart’s E-Type Jaguar to the Ilford Trophy at Brands Hatch in 1964 and starred at Goodwood’s Sussex Trophy and Tourist Trophy races.

“It is a genuine privilege to bring one of the most successful and important Cobras back to a race meeting, and Goodwood is without question the most appropriate place to race it,” Gregor Fisken said.

“The Duke of Richmond and his team go all-out for authenticity in every aspect of the Revival, and this car certainly has that in abundance. On a personal level, it truly fills my heart to share the car with Dario, a fellow Scot, as he makes this tremendous return to the sport for British enthusiasts. We’re coming to have fun, to enjoy this wonderful opportunity and to make the most of the Revival experience.”

The RAC TT Celebration and Kinrara Trophy form two highlights of the Goodwood Revival weekend. An all-action schedule will be held throughout the three days, including the Glover Trophy for 1960s Formula 1 cars, the St. Mary’s Trophy for 1950s touring cars, the Barry Sheene Memorial Trophy for historic motorcycles and a special Brooklands Trophy for Bentley sports cars that competed at Le Mans in the 1920s and 1930s.

The Duke of Richmond commented: “It is truly special that a driver of Dario Franchitti’s calibre will make his competitive return with us at the Goodwood Revival, and entirely fitting that he will line up in such magnificent cars for the Tourist Trophy and Kinrara Trophy.

“Dario has a special place in the affections of all of British motorsport enthusiasts. The opportunity to see him in action on home soil here at Goodwood is something that will provide a highlight for many thousands of people throughout the weekend.”