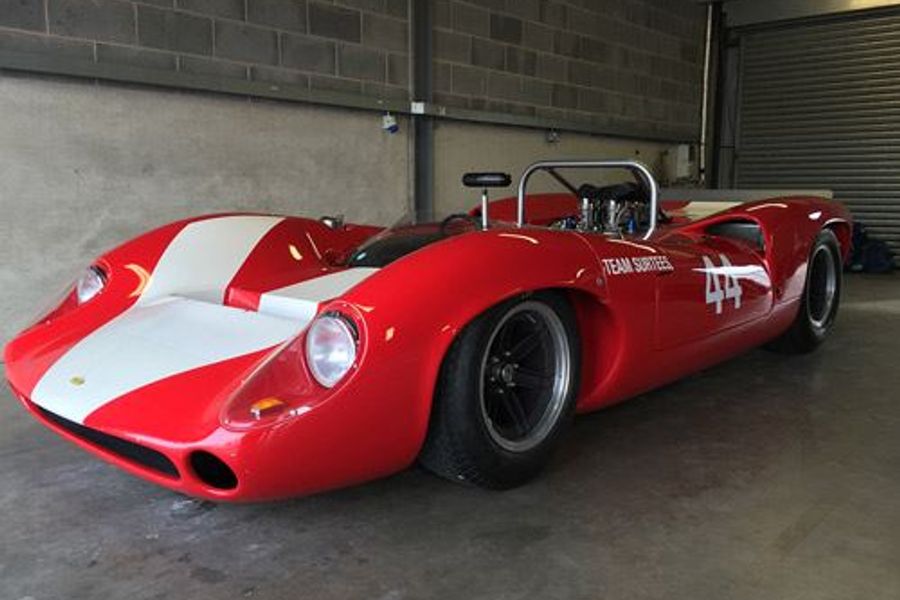 The car has plenty of history attached to it - originally owned by Team Surtees and raced by a string of motor racing stars of the era; notably Graham Hill, David Hobbs, and John Surtees himself in 1967, before being sold and enjoying further successes in North America.

Padmore will also take part in Saturday's High Airbox F1 high speed demonstration behind the wheel of historic F1 racer, Max Smith-Hilliard's, 1971 Surtees TS9B Cosworth, formerly raced by Le Mans legend Derek Bell in period. The car was last raced by its owner at the Historic Grand Prix of Monaco last year and Padmore will be aiming to put on an entertaining show for the large crowds which are expected.

"It's always been a dream of mine to race at Goodwood - and in two red Surtees!” said Nick “I really don't think I could ask for more!

"Peter Gethin, who is sadly no longer with us, got me into instructing at Goodwood back in 1996 and, although I've lapped the circuit many times, I've never been fortunate enough to race there until this weekend, so I'm very grateful, and want to say thank you to Max and Phil, for the opportunity they have given me.

"The T70 is a monster of a car; it's got so much torque and it'll be a real handful round Goodwood! I think we can do well and achieve a strong result this weekend and, as ever, I'll be pushing to get everything I can out of the car all the way.

"It's going to be a fantastic event for both the drivers and spectators. Lord March does a lot for historic motorsport - and also motorsport as a whole - and I'm sure we can put on a good show with some close racing for everyone and give people the opportunity to hear the sounds of these remarkable machines!"

Making Your Race Comeback in a Porsche 935!