Formula One Ready to Light Up Laguna Seca 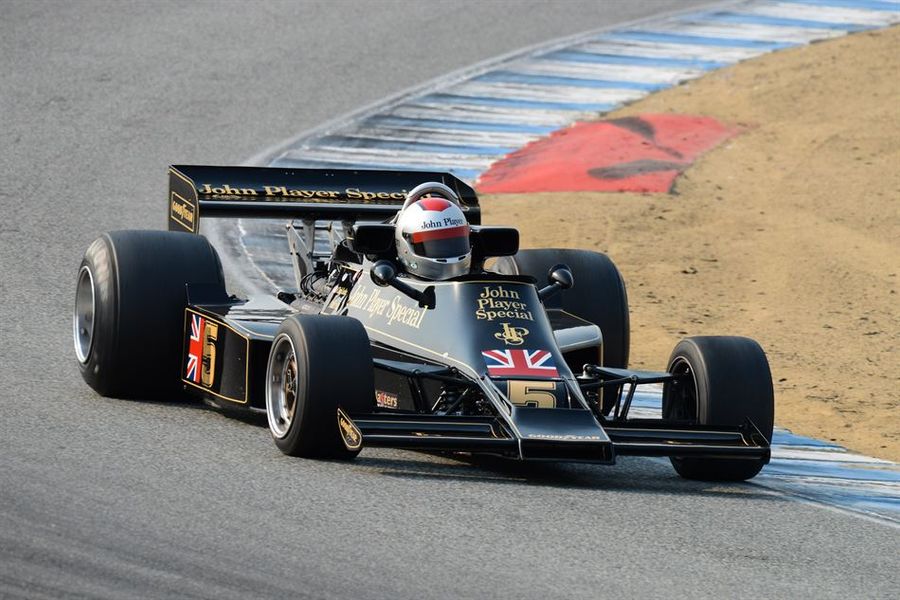 Photo: The Lotus 77 of Chris Locke (Dennis Gray)
The relaxed atmosphere in the Mazda Raceway Laguna Seca paddock at the inaugural Spring Classic vintage car race and historic motorcycle exhibition will stand in stark contrast to the action on the race track when the sound of 15 screaming Formula One entries from 1967-1984 echoes off the scenic hillsides of the Monterey Peninsula this weekend.
Masters USA brings its series of historic Formula One racing to the iconic facility which were last seen in August. The familiar cars and designs harken back to the era of three litre engines when a creative car designer paired with a talented wheelman fueled the success of those who have become motorsports legends.
Among the stars of the category is Chris Locke’s ex-Mario Andretti Lotus 77, the car that Mario raced in 1976. In addition to the on-track accolades, the car was also featured in action in major motion pictures Rush and Iron Man 2.
The grid will also include the Shadow DN9 of Charles Warner, his ex-Elio de Angelis/Jan Lammers car from the 1979 season, along with the earlier Shadow DN5 driven by Brazilian Dalmo De Vasconcelos, the Shadow DN3 wheeled by Harindra de Silva, and the Shadow DN1 driven by Canadian Keith Frieser.
John Delane will take his Tyrrell 002 that Francois Cevert won the 1971 US Grand Prix with at Watkins Glen. Cal Meeker’s Williams FW08 comes from the 1983 season. Four-time 500cc World Motorcycle champion Eddie Lawson in his Wolf WR4 will also be on the grid.
Additionally, Doug Mockett will be driving the same Penske PC4 that John Watson drove to Penske’s only Formula One win at the Austrian Grand Prix. The grid is completed with cars from a variety of different makes that carry their own pieces of Formula One history.
“We are thrilled to host some of the most famous F1 cars of their era at the inaugural Spring Classic,” said Gill Campbell, CEO/general manager of Mazda Raceway Laguna Seca. “The Spring Classic features vintage racing that focuses on the 1970s, 1980s, and 1990s. Thanks to Masters Historic Racing, fans who come to Monterey for this event will get to experience the sights and sounds of a fantastic era of Formula One racing.”
Other run groups at the Spring Classic include 1967-1972 Formula B, 1973-1984 SCCA Production GT Cars, 1966-1972 Trans-Am 2.0 Liter, 1966-1972 Trans-Am 2.5 Liter, 1973-1979 Formula Atlantic, 1983-2007 WSC – LMP/1966-1972 Can-Am, 1979-2006 Historic Stock Cars, and Historic Motorcycle exhibition laps.