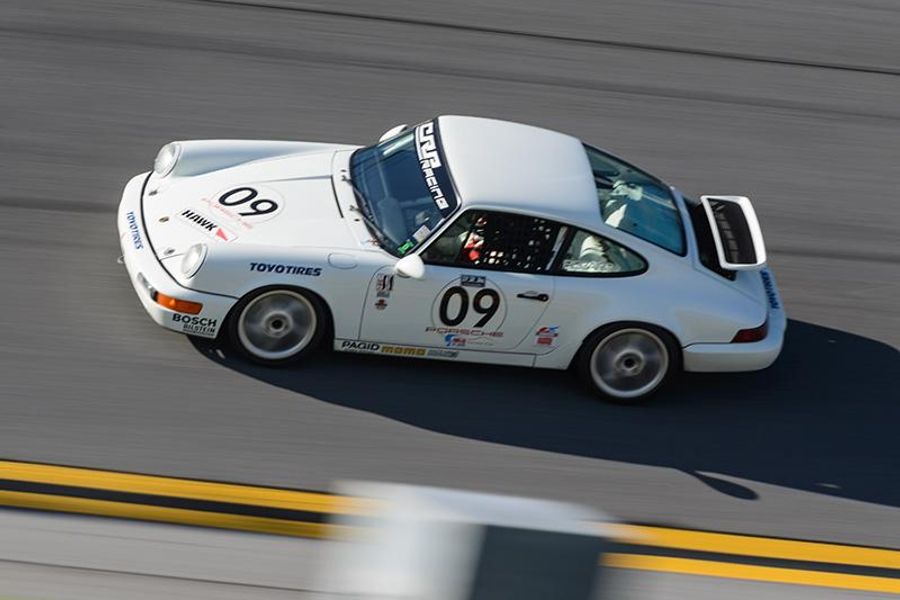 A full schedule of around-the-clock action and events on and off the race track takes place this weekend at Daytona International Speedway (DIS) where the Historic Sportscar Racing (HSR) Classic Daytona presented by IMSA, November 8 - 11, will be run for the fourth time at the "World Center of Racing."

At the heart of the four-day celebration of speed is the featured classic 24-hour race that takes place this year from 1 p.m. EST Saturday, November 10, straight through to the checkered flag at 1 p.m. EST on Sunday, November 11. 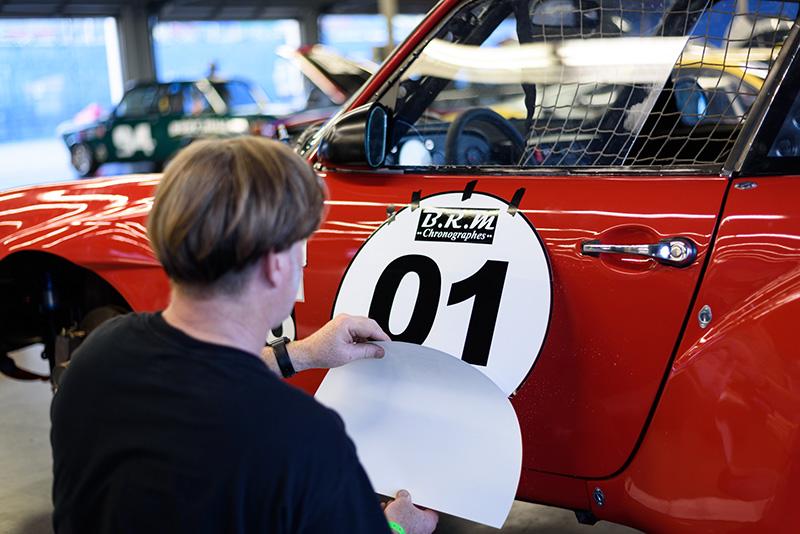 The HSR Classic Daytona debuted in 2014 as a tribute race to the internationally famous Rolex 24 At Daytona. The immediate success of the inaugural event called for a second running in 2015 and, after a year off, the Classic Daytona returned last year as annual fixture on the HSR calendar

The Classic Daytona features six period-correct run groups of race cars rotating through a full 24 hours of racing. The run groups, which include various classes of similar-era race cars, each take to the track four times throughout the 24 hours. The competitors in each group covering the most total distance in the shortest amount of time in their group's four sessions will be crowned Classic Daytona presented by IMSA champions.

One team fully embracing the challenge of the Classic Daytona is the driving trio of David Roberts, Martin Lauber and George Calfo, which will be the first in the four-year history of the classic 24-hour race to field simultaneous entries in each of the six run groups. The ambitious effort, which has been dubbed the Senior Endurance League in the HSR paddock, will see its trio of drivers on track for nearly the entirety of the twice-around-the-clock race.

Roberts first had the idea of running in all six run groups co-driving the Cayman in last year's Classic Daytona with accomplished NASCAR Team Owner and Manager Ray Evernham.

"Ray and I came up with the idea of racing a car in each group at last year's Classic 24 at Daytona ended," said Roberts, who owns the Corvette, Camaro, Audi and Cayman. "We were just about to take the track for our final stint in last year's race and we were already craving more seat time. As 2017 ended and 2018 began, the idea started to grow legs only to have Ray injure his shoulder in September. I didn't want to give up on the idea and Martin and George were the logical choices."

Roberts, Lauber and Calfo co-drove together in this past July's Classic Le Mans 24 Hour in a 1975 Porsche 911 RSR, opening the door for this weekend's six-run-group effort.

"All seat time is not created equal, and getting to race Daytona with these amazing cars, and most amazingly with these particular guys, is going to be a dream come true, said Lauber, who co-owns the No. 01 Porsche with Alan Terpins. "I dream of racing most nights, so that's saying something for a race addict and glutton for punishment! Combined, we're over 160 years old, and our cars are even older.

Adding to the jam-packed schedule, Lauber and Terpins will also co-drive the No. 01 Porsche in Group B, ironically competing against the No. 21 Z/28. The recently restored Porsche is a 1975 chassis that was constantly updated in its more than 10-year career as the rules for the IMSA GTO class progressed in the 1970s and '80s.

Originally built to RSR specifications, the No. 01 eventually evolved to near-935 specs by the end of its competitive prime. In its day, the Porsche competed in over 30 IMSA races, including the Rolex 24 At Daytona and the 12 Hours of Sebring.

Overall Rolex 24 winner and multiple IMSA champion Joao Barbosa was a late addition to the Classic Daytona entry list this week and will be looking for his second-straight victory in the classic 24-hour race.

Last year Barbosa co-drove to the Group E win with David Porter in the 2007 No. 18 Pescarolo Judd, a Le Mans Prototype he drove in its prime a decade earlier. The Pescarolo started the fourth and final race segment 15 seconds out of first place, but Barbosa made up the difference and then some in the final dash to checkered flag

This weekend Barbosa teams with JC France and Tim Jenrum in a 2015 No. 9 Corvette Daytona Prototype from Action Express, a race car Barbosa wheeled to a championship and numerous IMSA Prototype race wins before it was retired from active competition.