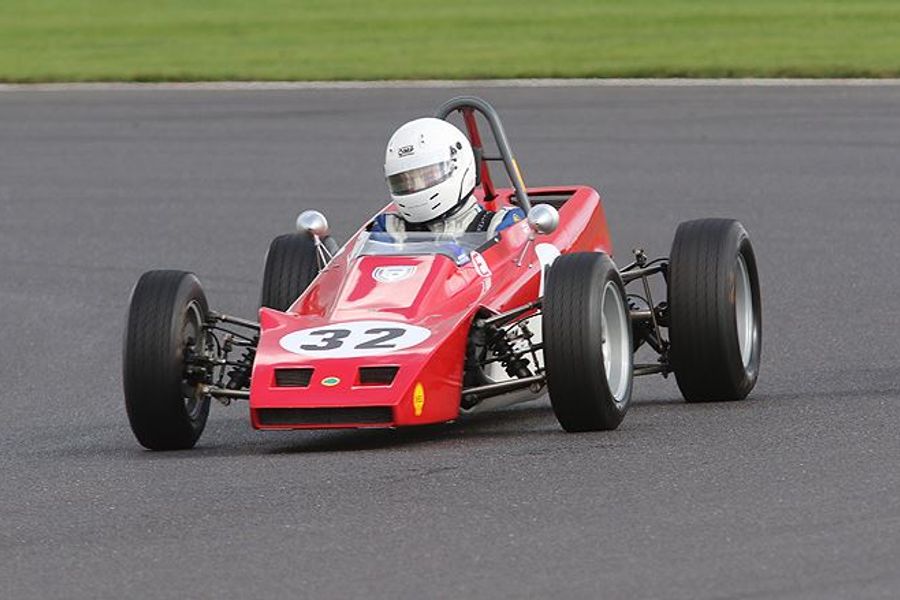 Picture: The Lotus 61 of Nigel Adams (HSCC)
Iconic cars from across 50 years of Formula Ford will be on display at Autosport International (12th tot he 15th of 15 January) when the Historic Sports Car Club kicks off a season of Formula Ford 50th anniversary celebrations. To mark 50-years of the of the hugely popular single-seater category the HSCC has arranged to show eight cars spanning the Formula Ford story, including cars raced by World Champions Michael Schumacher, Emerson Fittipaldi and Jody Scheckter in the formative years of their racing careers.
The oldest car will be a Lotus 51, loaned by Lee Penson, which is the type of car that made up the bulk of the grid for the inaugural Formula Ford race at Brands Hatch on 2 July, 1967.
The famous wedge-shaped Lotus 61, loaned by Nigel Adams, was the next development from Colin Chapman for the 1969 season while one of the most successful Merlyns ever produced is the ‘Magic’ Merlyn Mk11a first raced by Emerson Fittipaldi and then by Jody Scheckter when they first arrived in the UK. The car is now owned by Scheckter and the HSCC is very grateful that he has agreed for it to go on display at the NEC.
Representing the world’s longest-running race car manufacturer will be a Crossle 32F on loan from the Crossle Car Company in Northern Ireland. The car will be presented in the colours used by Nigel Mansell to win the 1977 Silverstone-based Brush Fusegear Formula Ford Championship.
Also from 1977 will be Royale RP24 chassis number 15 of 89, which is the car raced by the late David Leslie to win the Phillips Championship. David later bought the car back and raced it for fun before his tragic death in an aircraft accident in 2008. The car is on show thanks to the generosity of the Leslie family.
The 1979 Royale RP26 won six championships in its debut season and the example on show is on loan from former Royale Racing boss Alan Cornock. The car is finished in the period Crompton Lighting colours of Jim Walsh and Rick Morris and it is expected to race next season with Morris at the wheel.
Moving into the 1980s is a very special ex-Michael Schumacher Van Diemen RF88 kindly loaned by Derek Hood of JD Classics. Meanwhile bringing the Formula Ford story right up to date will be the brand new Medina Sport JL016K loaned by its creator John Loebell. This is the car that made a winning race debut at the Walter Hayes Trophy at Silverstone in early November.
“We’ve got a fabulous line-up of cars to start our year of Formula Ford 50th anniversary celebrations,” said Grahame White of the HSCC. “We are very grateful to everyone w
HSCC Formula Ford Autosport International FF1600