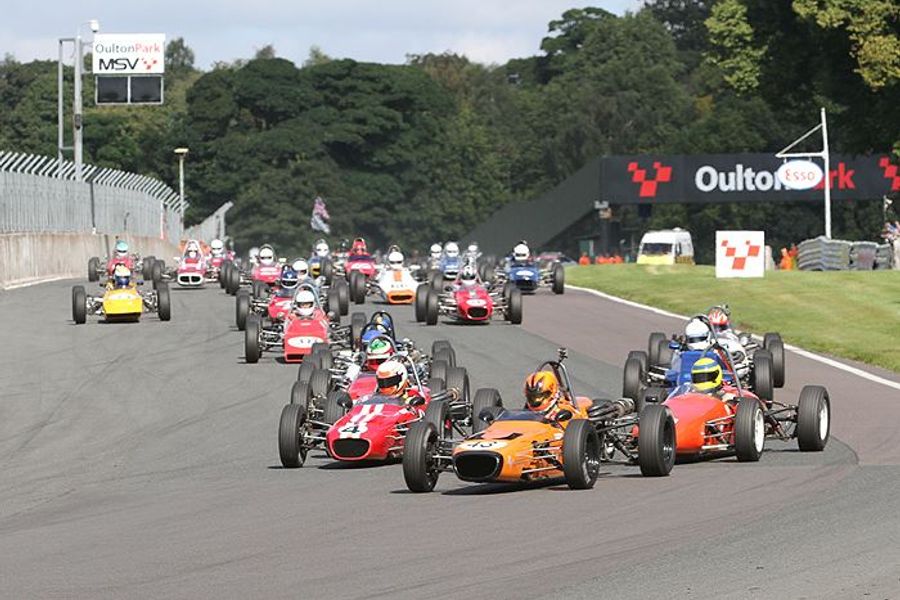 The Historic Sports Car Club will celebrate the 50th anniversary of the Formula Ford category in 2017, with a series of events starting with a major display of Formula Ford cars from five decades at Autosport International in January. The eight-car display will include landmark Formula Ford designs as well as several cars with significant histories. A gathering of past Formula Ford drivers from across the decades is planned on the Friday of the show (January 13th, 2017).
The HSCC’s annual Brands Hatch Grand Prix circuit meeting on July 1st and 2nd will be another focal point for the celebrations. The first Formula Ford race ran at the Kent track exactly half a century earlier on July 2nd, 1967 and a celebration of the incredibly popular class will be a key feature of the weekend. The inaugural race drew a 20-car field and was won by Ray Allen in a Lotus 51.
The HSCC’s Historic Formula Ford Championship caters for cars built up to the end of 1971, covering the first five years of the formula. This season it drew entries of up to 50-cars and consistently delivered some of the best action in historic motor racing as Callum Grant (Merlyn Mk20) won the title.
“Historic Formula Ford is one of the Club’s most successful and well-supported championships,” said Grahame White of the HSCC. “We had 50-entries at Silverstone last weekend and there could be even more next year. We’re very pleased to be celebrating the golden anniversary of this remarkable category and have more major announcements to come.”
In addition, the HSCC will stage celebration displays of 50-years of Formula Ford at the Classic Car show at the NEC next month, the Historic Motorsports Show at the London Excel and at Race Retro at Stoneleigh in February.
HSCC Formula Ford FF1600