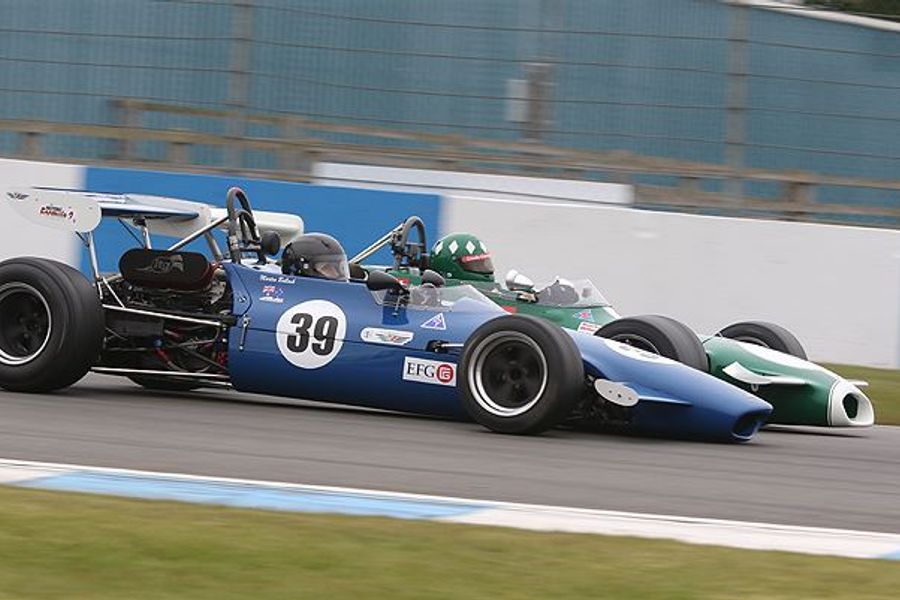 The Historic Sports Car Club has unveiled an excellent schedule for the 2017 Historic Formula 2 FIA International Series, with a six-event programme taking in some of Europe’s finest tracks.
The championship is open to cars built to period regulations for Formula 2, Formula Atlantic and Formula B, starting from 1967 and running right through to the end of the 1978 season. In 2017, the season will include a celebration of the 50th anniversary of the first season of the 1600cc F2 regulations. The inaugural 1600cc F2 champion was Jacky Ickx (Matra MS7), who headed Frank Gardner (Brabham BT23C) and Jean-Pierre Beltoise (Matra MS7).
The main series will cover 10-races at five race meetings, while a sixth date at the Grand Prix de Pau Historique (27th and 28th of May) will run as a non-championship event. The weekend will put Historic F2 cars back into action at this famous street circuit and a number of French-based cars not seen for some time are expected to join the grid.
The championship season starts at the prestigious Donington Historic Festival (28th to the 30th of April) when the Historic F2 cars will be based in the pit garages as one of the headline races.
In June, F2 cars will take centre stage at a new event at the Nurburgring to celebrate 90 years of the German track. Once again the F2 cars will operate from the pit garages at this heavily-promoted ADAC race meeting.
Another new event on the schedule is at Magny Cours in France on 1st and 2nd of July when a new historic racing festival celebrates the history of the French Grand Prix. The F2 cars will share the event with FIA Masters Historic Formula One and cars from the Historic Grand Prix Cars Association.
In August, the F2 cars will make a welcome return to Oulton Park to headline the annual Gold Cup meeting (26t to the 28th of August). In period, future World Champions Denny Hulme, Jackie Stewart and Niki Lauda all won F2 races at the Cheshire track, which retain a very original lay-out in a glorious parkland setting.
As customary, the season will conclude at Dijon in France (7th and 8th of October) for the Dijon Motors Cup at this spectacular former Grand Prix venue.
The full calendar is:
28th to 30th April        Donington Park
27th/28th May             Pau (F) (non-championship)
17th/18th June            Nurburgring (D)
1st/2nd July              Magny Cours (F)
26th to 28th August       Oulton Park
7th/8th October           Dijon (F)
HSCC Formula 2 FIA