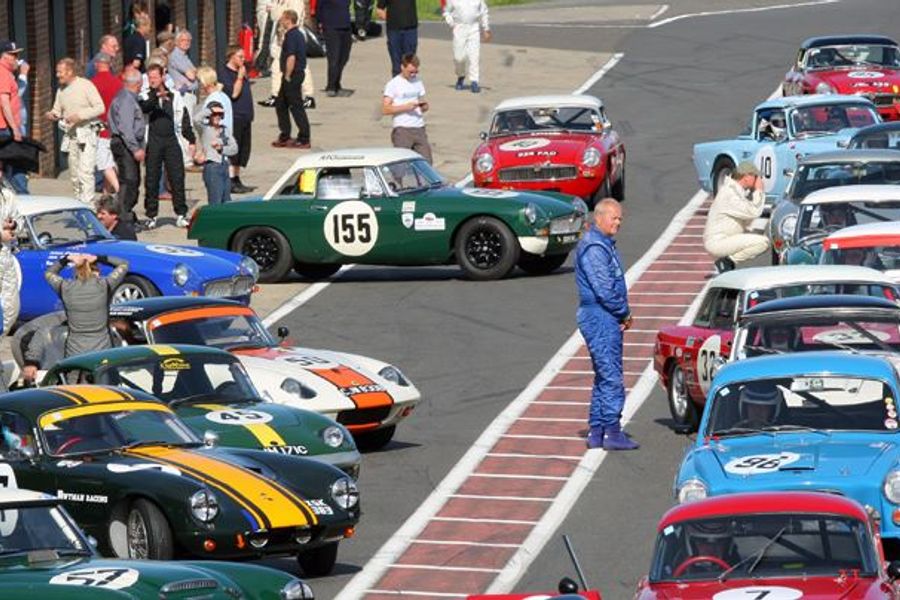 The Historic Sports Car Club has unveiled details of the 2016 edition of the Autosport three-hours, which will run at Snetterton on Sunday the 5th of June.
The annual endurance race will be a round of the Guards Trophy and will be open to both sports-racing and GT cars from the hugely popular championship. It is one of the longest historic races of the season in the UK and is the longest race on the HSCC’s 2016 schedule.
In a change to previous editions, the race will be held on the Sunday morning of the annual HSCC two-day race meeting at the Norfolk track, starting at 9.30am and running until 12.30pm. On Saturday 4th June, competitors will have a 20-minute free-practice session and then a 30-minute qualifying session.
The HSCC’s three-hour race was first run in 2007 to re-create the spirit of the original Autosport three-hour races held at Snetterton between 1957 and 1964. In period, Jim Clark won the race twice, and in 1963 his win came in the season in which he clinched his first World Championship title for Lotus.
The weekend will also feature the second running of the Historic Archie Scott Brown Trophy race, a 30-minute invitation race for pre-1959 sports-racing cars, with an emphasis on the special builders active during the life of the talented racer. The race is designed to attract cars from low-volume manufacturers like Allard, Tojeiro and HWM as well as Lister.
A range of HSCC championships will have double-headers, with a race each day for Historic FF1600, Historic FF2000, Formula Junior, Historic Touring Cars, Classic Formula 3 with URS Classic FF2000, Classic Clubmans and Classic Racing Cars. In addition, an Allcomers Closed Wheel grid for pre ’80 sports, GT and touring cars will have a race each day.
Historic Sports Car Club Snetterton Autosport three-hours Guards Trophy