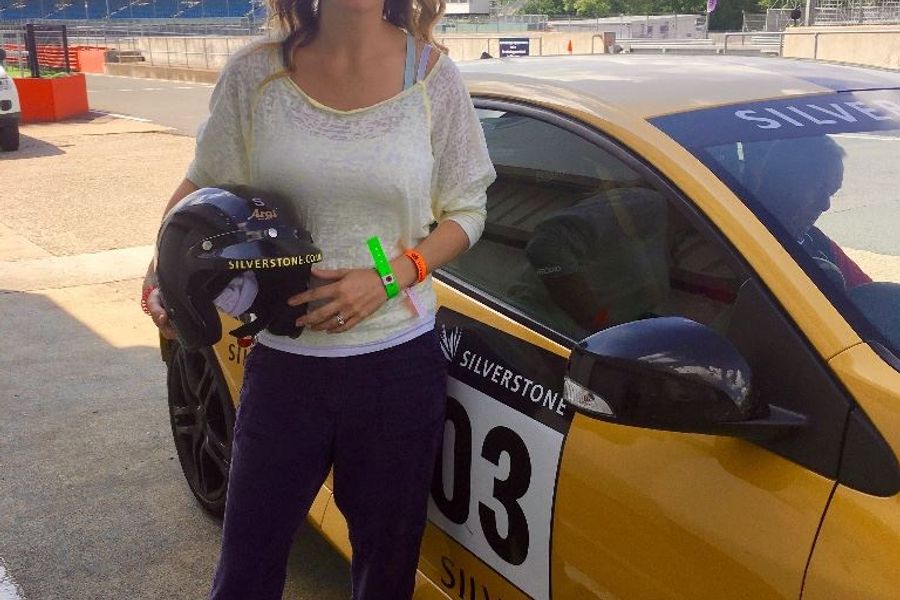 Amy Williams MBE is the latest Olympic champion to be ready to race in the Celebrity Challenge Trophy showdown at next month’s Silverstone Classic (28th-30th July).

Seven years on from her headline-grabbing victory in the 2010 Vancouver Winter Games, Williams has just gained her MSA competition licence and will be lining up on the Silverstone grid alongside no fewer than four fellow gold medal winners: cyclist Jason Kenny CBE plus rowers Mark Hunter MBE, Greg Searle MBE and Jonny Searle MBE. They will be joined by a host of other high-profile personalities from the worlds of sport, music, media and showbiz.

Williams is no stranger to motor sport having twice contested Wales Rally GB – Britain’s round of the FIA World Rally Championship – as a class-winning co-driver to well-known television pundit Tony Jardine. Now, however, she will be at the controls rather than reading pace-notes from the passenger’s seat – and that is a new experience that she is relishing.

“I absolutely loved my rallying as it gave me the adrenaline thrill which I have been missing since retiring, but I have always been itching to be behind the wheel,” she admitted. “Now it’s up to me to be out there on the track and it’s going to be really exciting; you’re in control of your own destiny in the car.”

Williams, who became Britain’s first solo Winter Olympic gold medalist for 30-years when famously sliding her skeleton sled to victory in Canada, admitted to being a little nervous when passing her written and circuit driving tests at Silverstone Motorsport Academy – one of the country’s leading Association of Racing Drivers Schools (ARDS).

“It was like doing your driving test all over again!” she quipped after speeding around Silverstone in one of the Academy’s bright yellow 150mph Megane RenaultSport 250s. “The driving was the easier bit – I was more stressed about passing the written section as you need to get 100 per cent on all the safety flags.”

Come Saturday 29 July, Williams will be swapping the cutting-edge Renault for one of many race-tuned Austin A30 and A35 saloons. Harking back to the late fifties, these nostalgic cars are well-known in classic racing circles and were introduced a few years ago by the Historic Racing Drivers Club (HRDC) as a cost-effective route into historic racing. More than 50 have now been built, guaranteeing an enormous and equally-matched grid – thus some dramatic fun for contestants and crowds.

“I am sure I will get pre-race nerves but, having now got my competition licence, I am really looking forward to jumping into the Austin and getting some practice. I can’t wait!” enthused the eager Williams.