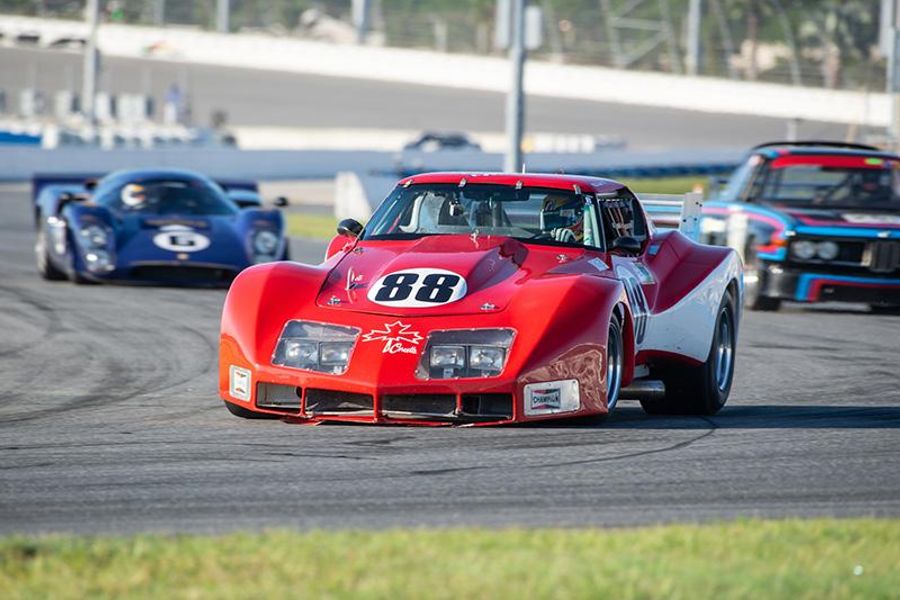 Paul Tarsey stepped out the Daytona International Speedway commentary box to give us today’s update on HSR’s Classic Daytona, which was affected by the weather early in the day with slightly surreal results!

“It absolutely  poured down with rain this morning, a biblical deluge and you couldn’t see your hand in front of your face. There were a few moments when people could run from one building to another, but it was just the difference between a downpour and a deluge!

“Despite that HSR managed to get some qualifying races in this morning, and due to the weather the qualifying format was changed and it was sensibly decided that any times done in the last 48 hours would count, not just what you did in the race. That meant that for one of the qualifying races when the lights went green there was not a single car on track, something none of us in the commentary box had seen before!

“Eventually a couple of cars came out and drove round for a while, then went back in and the race sort of petered out. I was in the box with Andrew Marriott and Jim Roller, and none of us could remember a time when we had commentated on a race with no cars in it!

“We had the driver panel earlier today, we recorded it and will aim to get it live as soon as we can, and had access to the audio feed in the room so it should be great quality. It featured Mark Raffauf, who ran IMSA, drivers Tommy Kendall, Jochen Mass and Derek Bell – who is out on track as we speak in the Lowenbrau Porsche 962 - with Justin Bell compering, it was a good session (see picture below). 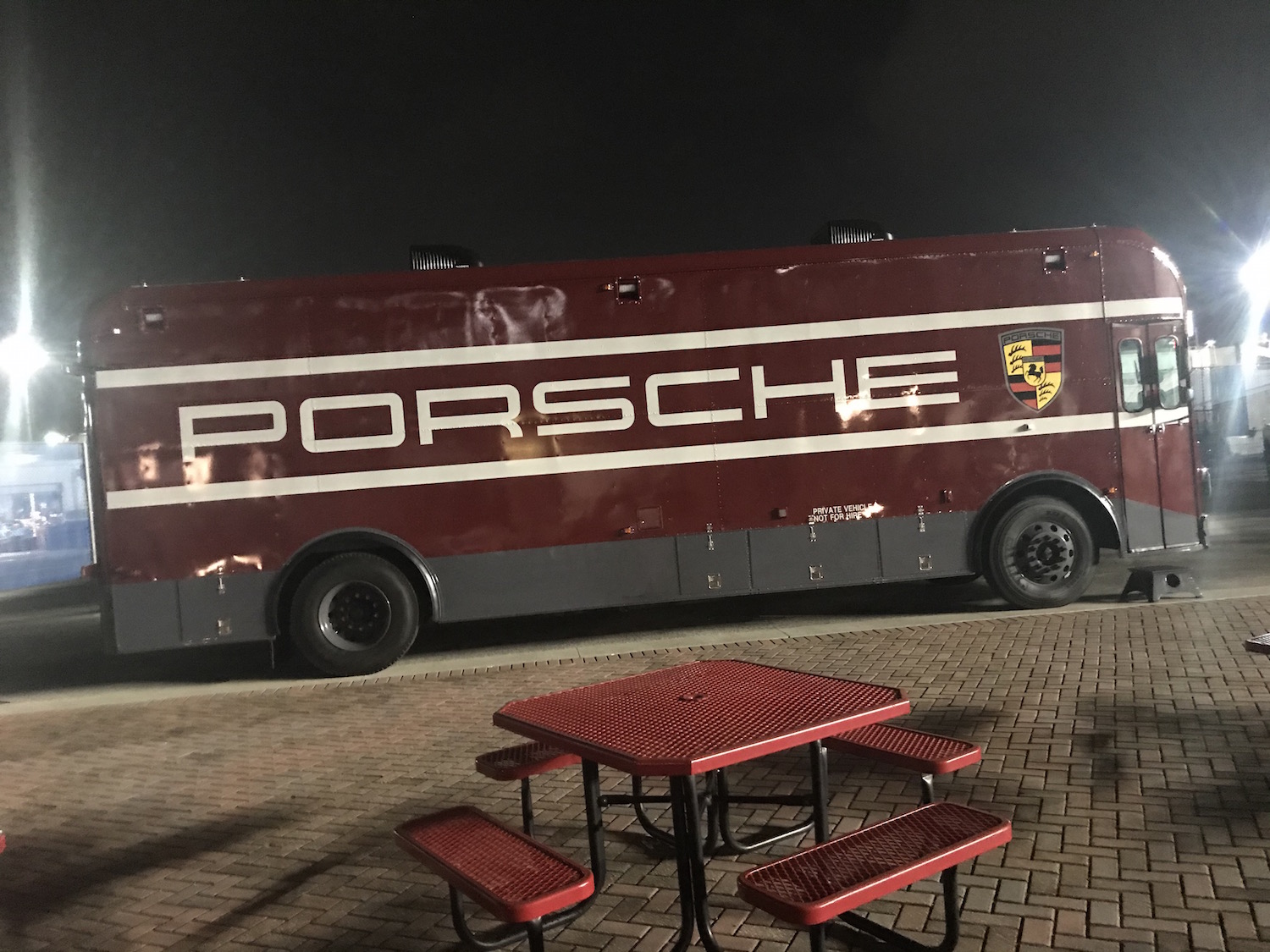 “We spotted last night in the paddock a great looking car transporter with Porsche on the side and were wondering if it was original or not. Today we managed to find out a bit more about it, it turns out this is the first time it has born the name Porsche on the side but it has an illustrious history anyway, having been the transporter for President Eisenhower’s official limousine! It now has a new engine and gearbox but the body is original and it has a great story behind it.

“Today I had a chat with Tim McGrane, head of SCRAMP who have run the Laguna Seca venue for many years, but have now been informed by the local council they are being replaced as circuit managers. We had a talk after the driver panel – and we’ll aim to bring everyone more on that after the Daytona weekend.

“We still have some more qualifying races for various HSR categories to get through today, including an hour long enduro race, and end today with the final three run groups from the 24-hour element of the weekend.

“The weather has dried up now, and I need to get back into the commentary box having left Jim and Andrew to it. We did 12-hours yesterday but get to finish at six o’clock this evening – though it is an early start tomorrow then on until 10pm. Fortunately we  are in a hotel right next door to the Daytona International Speedway, I can even see it from my bedroom window!” 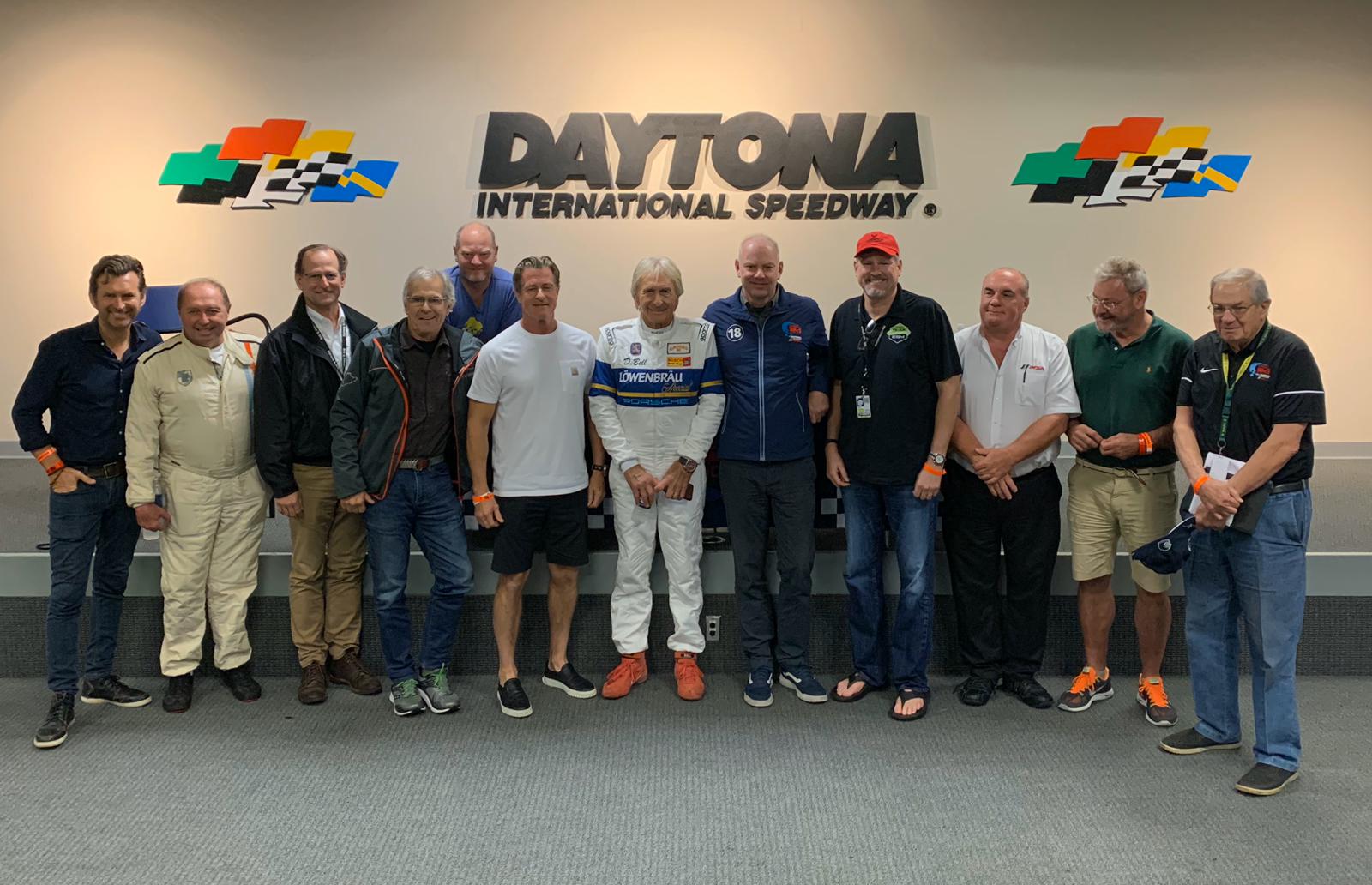