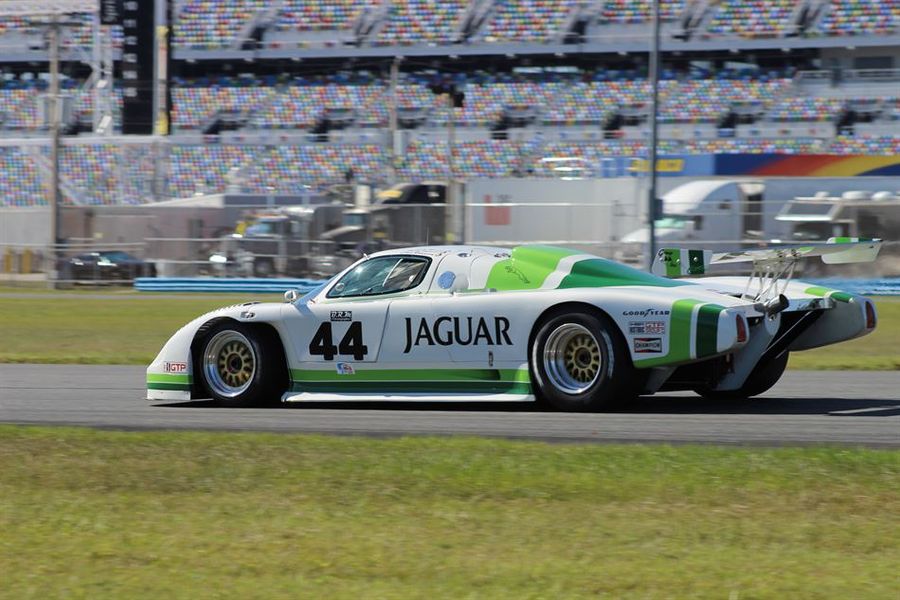 The list of past and current race-winning and champion drivers already entered for the Historic Sportscar Racing (HSR) Classic 24 Hour at Daytona presented by IMSA, November 8th - 12th, will bring some true Star Power to the third running of North America's premier historic and vintage 24-hour race.
Joao Barbosa, Patrick Long, Gunnar Jeannette, John Fergus and Aaron Scott are all entered in the HSR Classic 24 Hour, while an even longer list of current and past racing champions will soon be announced.
The HSR Classic 24 Hour at Daytona debuted in 2014 as a tribute race to the internationally famous Rolex 24 At Daytona, which has been run on the 3.56-mile road course at the World Center of Racing for more than half-a-century.
- David Porter has confirmed that two-time IMSA WeatherTech SportsCar Prototype Champion Joao Barbosa will co-drive his GMT Racing-prepared 2007 Pescarolo Judd LMP in the HSR Classic 24 Hour at Daytona. The pairing will reunite Barbosa with the Pescarolo 10 years after he co-drove the car to a fourth-place overall finish with Rollcentre Racing in the 2007 24 Hours of Le Mans.
"I got in contact with David a couple of years ago and said 'man, if there is an opportunity I would love to drive this car again,'" Barbosa said. "It's great memories and now will be again. It will be fun to drive that car at Daytona, I am looking forward to it, and this will be my first Classic 24 Hour at Daytona. We are going to be there to win again."
Porter most recently took Run Group E honors in the Pescarolo last December in the inaugural HSR Classic 12 Hour at Sebring, co-driving with 2015 Le Mans 24 Hour LMP2 winning co-driver Richard Bradley, but the addition of Barbosa will be key for Daytona. Barbosa co-drove to the overall Rolex 24 At Daytona victory in 2010 and was on the pole for this year's Rolex 24 last January.
- Factory Porsche driver Patrick Long, a Rolex 24 At Daytona class winner, returns to the HSR Classic 24 Hour at Daytona this year after missing the most recent running of the race in 2015. He will team with Alan Benjamin in a Boulder Classics-prepared 1968 Porsche 911 T/R. Long has plenty of laps in Benjamin's T/R and other classic 911s of that golden era.
"Right away you know you are in an old car," Long said. "You're shifting an H pattern. It's loud, it's raw and the sensation of speed is higher. No traction control, no power steering. It's more of a pure driving experience."
- Gunnar Jeannette already has a 2017 victory with Steve Scullen in a featured HSR B.R.M. Chronographes Historic/Prototype Enduro at the Classic Motorsports Mitty last April, but next up on the duo's list is a Run Group win in the Classic 24 Hour at Daytona. Jeannette has been entered in Scullen's 2007 Lola B07/18 LMP1, which will compete head-to-head with Porter and Barbosa in Run Group E.
"We debuted this car at The Mitty and won even though we still have a lot of work to do on it," said Jeannette, who also co-drove with WeatherTech Racing teammate Cooper MacNeil to an IMSA GTD victory at Long Beach in April. "I drive it and do some engineering on the Lola and it should be great by the time we get to Daytona. The Classic 24 is a very cool experience. Being out there at night, running the high banks under the lights on the track with Porsche 962s and other great cars, there is really nothing else like it."
- Randy Smalley is bringing his RSR Motorsports-prepped 1985 Group 44 Jaguar XJR-5 to the HSR Classic 24 Hour and has called a friend and former IMSA champion to co-drive. John Fergus is perhaps best known as one of the most successful Sports 2000 racers of all time, but he also has the several Rolex 24 At Daytona starts and the 1991 IMSA GTU Championship as a factory Dodge driver on his list of accomplishments.
"I received a surprising and great phone call from Randy Smalley asking me to drive," Fergus said. "It put a huge smile on my face. I have always wanted to run a GTP car and, candidly, I really wanted to run a Jaguar because it makes mechanical music. It's a beautiful car, great sound, and I am really excited about it. I have driven big GTO and GTS machines at Daytona with some great teams, twice with Roush Racing, and they are quite fast, but a GTP car is the top of the line."
- Aaron Scott and co-driver Tommy Dreelan co-drove an ex-Kremer Racing/Leyton House 1987 Porsche 962 prepared by Celtic Speed to the Run Group C victory in the inaugural HSR Classic 24 Hour in 2014. The duo was in contention for a repeat victory in 2015 until a Sunday morning mechanical issue took away any chance at a win. The team rebounded to finish the race after their Porsche was repaired, but the narrow miss has only strengthened their resolve to get another Classic 24 Hour win this November.
A second HSR Classic 24 Hour win would be a crowning touch on what has been a great season for Scott, a professional driver from England who has opened up some eyes this year. Scott co-drove to a second-place GTE-Am class finish in the Spirit of Race Ferrari 488 GTE in this year's 24 Hours of Le Mans and followed it up with an ELMS GTE-class victory in the same car in July at the Red Bull Ring in Austria.
A true endurance race in its own right, the HSR Classic 24 Hour features six period-correct Run Groups racing in succession for a full day and night. Each Group takes to the track four times in total in a non-stop, 24-hour spectacle that is as close to the real thing as you can get.
The grand prizes at the end are custom-made and HSR Classic 24 Hour at Daytona-specific B.R.M. Chronographes watches that are presented to the overall winner of each Group.