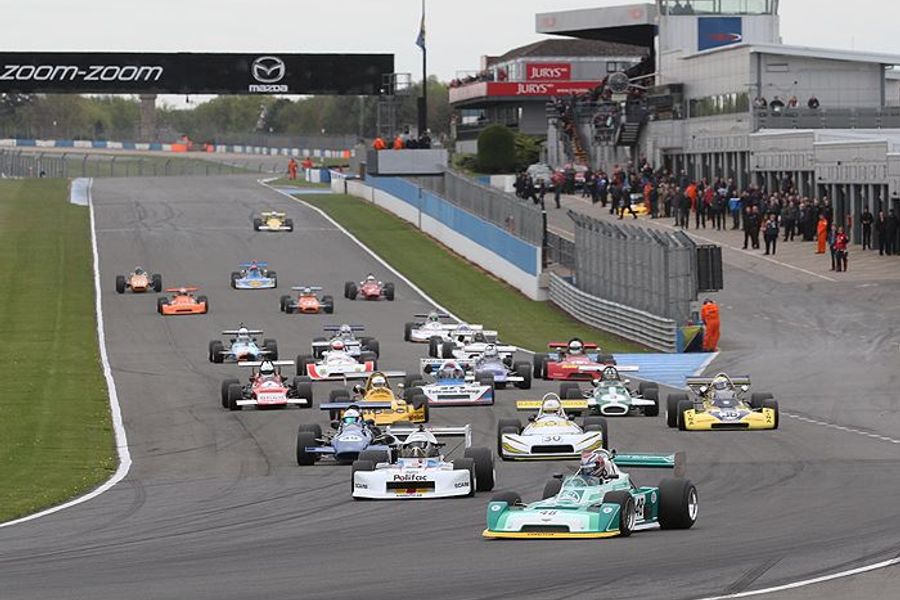 Two races in the HSCC Historic Formula 2 FIA-sanctioned International Series will be one of the key attractions at the Oulton Park Gold Cup next month (26th-28th August).
The fabulous Formula 2 cars from 1967 to 1978 will make a welcome return to one of Britain’s most scenic and rewarding tracks for the first time in a decade. Appropriately, the Formula 2 cars will be housed in the Oulton Park pit garages for the weekend with qualifying on Saturday and races on both Sunday and Monday.
The Cheshire track has a strong Formula 2 history from the early years of the category and the weekend will mark the 50th anniversary of the creation of the 1600cc Formula 2 regulations in 1967. To honour the occasion, a special award will be presented for the best performance by a 1600cc car while the overall aggregate winner across the two races will be presented with a trophy in the style of the famous Gold Cup.
In April 1967, the first season of the new 1600cc F2 regulations, Formula 2 cars raced alongside F1 cars in the non-championship Oulton Park Spring Trophy and Jackie Oliver finished fourth overall in his F2 Lotus 41B. In September that year, Jackie Stewart (Matra MS7) and Graham Hill (Lotus 48) finished second and third overall behind the F1 Brabham of Jack Brabham in the Gold Cup.
It was five years before F2 returned to Cheshire for the second round of the 1972 John Player British Formula 2 Championship when young Austrian Niki Lauda won convincingly in his works March 722. The short-lived championship returned to Oulton in September for the fifth and final round when Ronnie Peterson (March 722) beat Lauda and James Hunt (March 712M), so the final period F2 race at Oulton Park had a podium made up of future World Champions.
At the end of August this year, the 1600cc and 2-litre F2 cars will contest rounds seven and eight of 10 in the Historic Formula 2 International Series, a series that also takes in races at Donington Park, the Nurburgring, Magny Cours and Dijon.
The HSCC Historic Formula 2 International Series is open to single-seater racing cars built to the appropriate Formula 2, Formula B and Formula Atlantic regulations between 1st January 1967 and 31st December 1978, running to their original specification and using components of a type used in period.