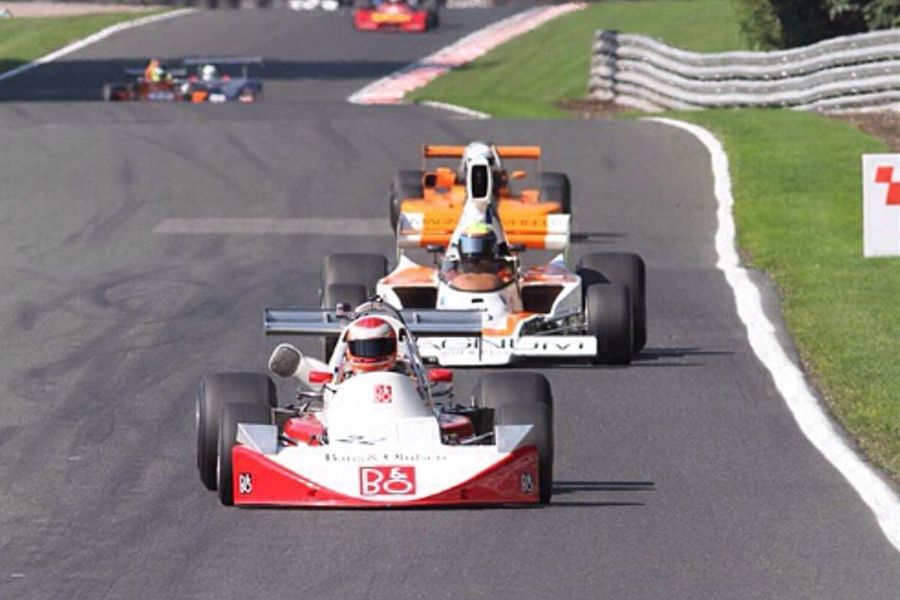 Next weekend’s (August 23rd to 25th) Oulton Park Gold Cup meeting is already looking to be a historic highlight of the year with strong entries in almost every category over the three days of track action. The standard is set with the very first race of the meeting – Sunday’s Historic Road Sports – featuring a 28-car entry ranging from a clutch of diminutive Lotus Elans to Nick Savage’s might Chevrolet Camaro.

The Historic Sports Car Club has assembled a superb 20-race programme for the annual meeting, the biggest historic race meeting north of the Midlands. Headlining the Bank Holiday weekend programme are double-header races for the Super Touring Trophy, the Martini Trophy and the Derek Bell Trophy. Each will deliver a fabulous spectacle in the historic parkland setting, which offers unrivalled views of period racing cars in action.

The final two races of the season make up the Super Touring action as the cars return to Cheshire following a pair of races at the BTCC event in June. Former BTCC champion John Cleland (Vauxhall Vectra) tops the field and will be striving to fight the Honda Accords of James Dodd and Stewart Whyte for victory. Dodd won twice in June, so will be the man to beat once more.

In 2013, the Derek Bell Trophy produced one of the races of the season at Oulton Park as 1970s cars from Formula 1, Formula 2 and Formula 5000 battled furiously before Michael Lyons dived ahead in his Hesketh 308 Grand Prix car.

The brutish Formula 5000s make up half of a superb 25-car grid, topped by Lyons, this time in his father Frank’s US-built Gurney Eagle FA74. In 1974, Ian Ashley won the Gold Cup in a Lola T330 and, amazingly, 40 years later he will be back in a Formula 5000 Lola T300. One of the absolute star cars will be the remarkable six-wheeledMarch 2-4-0 Formula 1 car. Although never raced in period, and soon outlawed from Grand Prix racing in the mid-70s, Taff Smith has worked hard to make the project work and his son Jeremy races it very well indeed.

The Martini Trophy races are the perfect homage to the Bolton-based Chevron marque, which has such an affinity with the track. The 2-litre sports-racing cars from the 1970s make a tremendous sight at Oulton Park, with the Chevron B19s of Jonathan Loader and John Taylor to the fore.

As has become the norm at this event, the grid for the Guards Trophy is split across two 40-minute races. The GT cars are out first on Sunday afternoon and are later followed by the sports-racing cars from this hugely popular championship.

Fittingly, for the championship’s annual foray to Cheshire, two marques with strong local links are at the heart of the action. In the sports-racing contest, the fabulous Bolton-built Chevron B6s and B8s are to the fore, while in the GT section the mighty TVR brand from Blackpool plays a key role.

Another bumper grid and great racing is assured in a round of the HSCC’s Historic Formula Ford 1600 Championship for the pre ’72 cars. Prolific racer Benn Simms, who will also race in Historic FF2000 and Historic F3, cannot be beaten to the title in his 1968 Jomo JMR7, but Bolton youngster Callum Grant will be aiming to complete a hat-trick of August wins in his Merlyn Mk20A.

Production-based sports cars abound in excellent grids for both the Historic Road Sports and 70s Road Sports Championships, while the Classic Clubmans Championship brings out the amazingly rapid front-engined sports-racing cars of the 1970s. Meanwhile, a welcome guest races come from the FISCAR series for production sports and GT cars of the 1950s.

At the head of the action, and holding a six-point overall lead in the championship with rounds at Brands Hatch and Silverstone still to run, is defending champion Tim Davies in his Ford Lotus Cortina. However, Richard Dutton and Mike Gardiner in Lotus Cortinas and Neil Brown’s Ford Mustang will give Davies plenty of opposition.

Compulsory at any historic meeting these days seems a strong off-track activity schedule, and the Gold Cup doesn’t disappoint, with air displays, a host of car clubs, a fin fair and Group B rally demos. The meeting has a lot to live up to with the Gold cup name – the event was a major non-championship Formula One event in the 1950s and 60s and saw the cream of the period’s racers take on the challenge of the  parkland circuit  - but the 2014 edition looks set to deliver.

Qualifying takes place on Saturday August 23rd, with the first race at 12.05 on Sunday. A ten-race programme on each of the next two days should be enough for any historic enthusiast, with the usual relaxed paddock providing the chance to see some classic machinery up close.