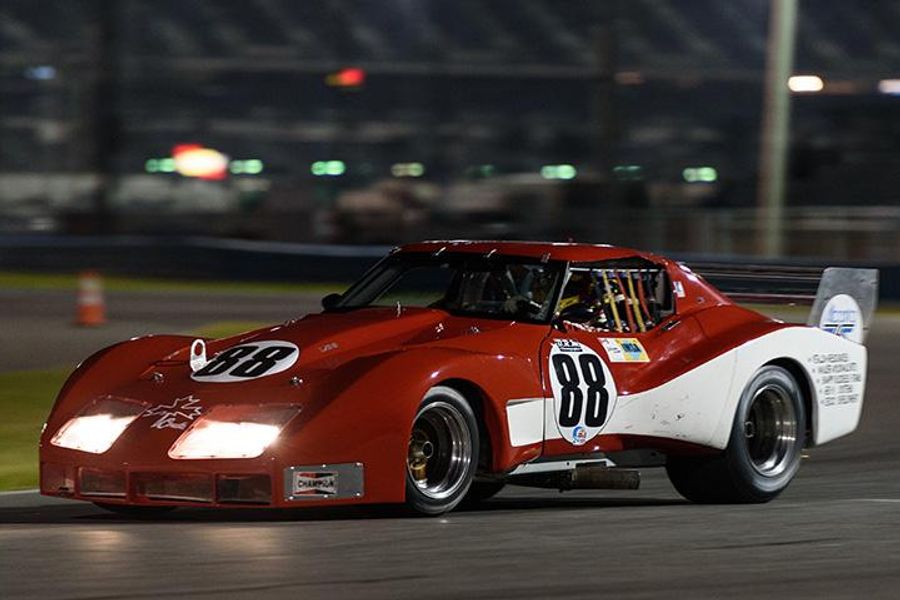 The entry list for the fourth running of the Historic Sportscar Racing (HSR) Classic Daytona presented by IMSA, November 7 - 11, at Daytona International Speedway (DIS) was officially announced today by HSR officials and features a growing list of over 125 race cars and a current tally of more than 225 drivers from around the world.

Drivers and teams from more than a dozen different countries, including an impressive list of past and current champion drivers, sports car racing legends and other motorsports notables, are heading to the "World Center of Racing" next week to participate in the classic 24-hour HSR race on the 3.56-mile DIS road course.

The equally impressive race cars in which these drivers will compete in the HSR Classic Daytona represents a six-decade timespan, stretching back to the iconic prototypes and GT cars of the 1960s, '70s, '80s and '90s and up to the more modern racing machines of this century retired from competition.

The HSR Classic Daytona debuted in 2014 as a tribute race to the internationally famous Rolex 24 At Daytona. The immediate success of the inaugural event called for a second running in 2015 and, after a year off, the Classic Daytona returned last year as annual fixture on the HSR calendar.

"The fourth edition of the Classic Daytona presented by IMSA is going to be another winner based on the sheer quality of the entries and the impressive roster of international drivers coming to wheel these machines on the legendary high banks and through the infield road course for 24 hours next weekend," said HSR President David Hinton. "We join Daytona International Speedway, IMSA and all of our sponsor partners in welcoming back our competitors and, of course, all of the dedicated and loyal fans that turn out each year to watch this amazing spectacle. We are looking forward to a great weekend."

The Classic Daytona features six period-correct run groups rotating through a full 24 hours of racing on the 3.56-mile Daytona road course. The run groups, which include various classes of similar-era race cars, each take to the track four times throughout the 24 hours. The competitors in each group covering the most total distance in the shortest amount of time in their group's four sessions will be crowned Classic Daytona presented by IMSA champions.

Group A - 1960 - 1972: The oldest and perhaps most memory-stirring division, Group A features such legendary race cars as the Lola T70 and T165, an AC Cobra and Shelby GT350 and a pristine 1965 Ford GT40  being brought from Great Britain for Karsten Le Blanc and Christopher Milner. Production-based GT machines are also a competitive part of the class with several early Corvettes, Jaguars and Porsches ready to mix it up with the Cobra and Shelby GT350.

Group B - 1973 - 1982: Evoking the same emotion and memories of Group A with a little more turbocharged power and wide-body aerodynamics, Group B has attracted two Porsche 935s, several BMW CSLs, a variety of Porsche 911 models and more. Group B is also home to several ultra-quick and classic Chevron B26 and B23/36 models, a Lola T294 and March 75 S open-cockpit sports prototype race cars. Always a fan favorite is the returning Esprit Calgary 1974 No. 88 Greenwood Corvette that once again is being brought to Daytona from France.

Group C - 1980 - 1990: The prime of the GTP and Group C era is at the heart of this division and the 2018 turnout is quality. Four Porsche 962s will be joined by a Jaguar XJR-7, British-built Spice GTP, March 83G, a legendary Nissan 300 ZXT GTP and a Porsche Fabcar Camel Lights machine. A highlight entry in the group is the 1985 No. 17 Jägermeister Porsche 962  from Amalfi Racing and driver Bill Hawe that makes its HSR Classic Daytona debut.

Group E - 2003 - 2015: This well-supported group lets ALMS and Le Mans prototypes not eligible to race at Daytona in their prime a chance to take to the 3.56-mile high-banked road course. An Audi R8, two Pescarolo Judd LMPs, Lola B07/18 LMP1 will take on a mass of recently retired Daytona Prototypes and Prototype Challenge "PC" Oreca FLM09s. Production-based GT machines are also prominent, with a Ferrari F430 and 458, Viper GT3-R, Audi R8 LMS and Corvette all set to take on a typically strong lineup of Porsche 997 GT3 Cup cars. Two standout entries are the rarely-seen 2014 No. 13 Toyota-Rebellion LMP of Claude Malette and the striking 2006 No. 66 Aston Martin DBR9 of Thomas Gruber that will also factor into the Group E GT battle.

Group F - HSR Cars: This group annually produces some of the closest and most competitive racing at the Classic Daytona. Home to HSR classes, some not represented in the other five other groups, Group F also lets competitors with race cars that were never eligible to compete at Daytona a chance to build a little history of their own on the legendary road course. Offering a mix of machinery from six different decades, this group includes many of the same competitors and race cars that compete in HSR's showcase Classic RS Cup and Global GT series.