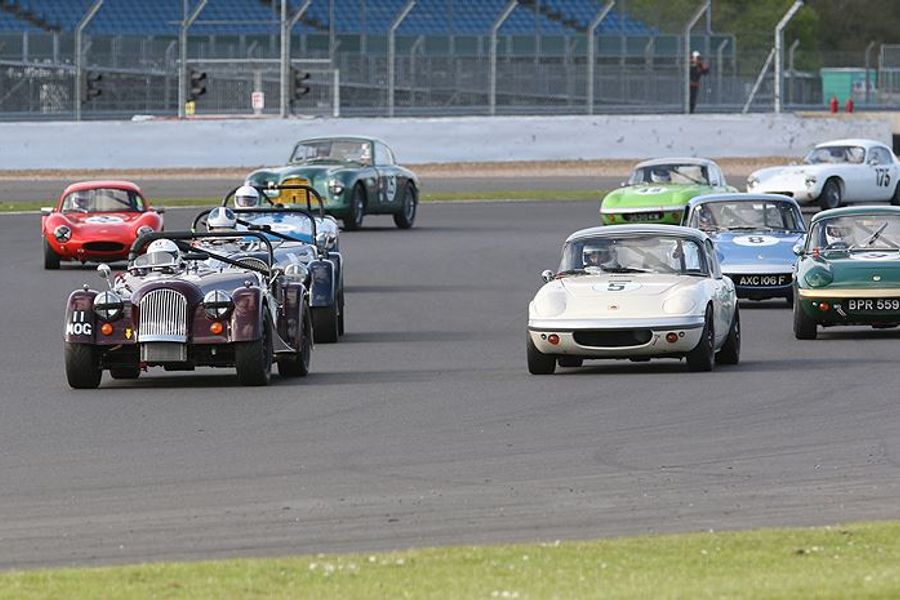 Donington Park is the next venue on the 2015 racing schedule of the Historic Sports Car Club with a one-day race meeting at the East Midlands venue this coming weekend on Saturday 30 May.

One of the best grids will be for round four of the HSCC’s Historic Formula Ford 1600 Championship and the series has already delivered some great this season. Racing newcomer Richard Mitchell took victory last time out on the Silverstone GP circuit and will be among the favourites at Donington in the Merlyn Mk20 run by the Speedsport team. Lining up against the Devon-based motor sport engineering student will be Rob Wainwright (Elden Mk8), Will Nuthall (Jamun T2) and David Wild (Lola T200).

The resurgent ONI PLC Historic Road Sports Championship also has a 30-car field and it was Morgan ace Richard Plant on top at Silverstone. Now he’ll aim to double up at Donington but fellow Morgan Plus 8 racers Robin Pearce and Kevin Kivlochan will have other ideas. Rapid Elans, like that of Peter Shaw will be in the mix. Shaw will later bid for another podium with his TVR Tuscan in the 70s Road Sports Championship race.

The 40-minute Guards Trophy race will be a highlight with the GT entry headed by the TVR Griffith of Thruxton winners Mike Gardiner and Dan Cox and the AC Cobra of Robert Bremner. In the sports-racing classes, the very rapid Chevron B8 of Silverstone winners Martin O’Connell and Andrew Kirkaldy should be the car to beat.

Powerful single-seaters will line-up for the combined Derek Bell Trophy and Classic Formula 3 races and Richard Evans will be looking to continue his giant-killing Silverstone form with his 1600cc Formula Atlantic March 79B. The big power comes from the Formula 5000s of Greg Thornton (Surtees TS11) and Ian Ashley (Lola T300) while local ace David Shaw tops the F3 pack in his March 803B.

Defending champion Tim Davies (Lotus Cortina) will strive to fend off the V8s in the ByBox Historic Touring Car Championship round and it is Peter Hallford and Warren Briggs who head the entry of bigger cars in their Ford Mustangs.

Benn Simms (Reynard SF77), Callum Grant (Delta T78), Tom Smith (Royale RP27), Andrew Park (Reynard SF81) and Ben Tusting (Reynard SF79) provide tremendous quality at the head of the Historic Formula Ford 2000 Championship race, while the eight-race programme is wrapped up by a round of the Classic Racing Car Championship with the field topped by the Lotus 59 of multiple champion Ian Jones.