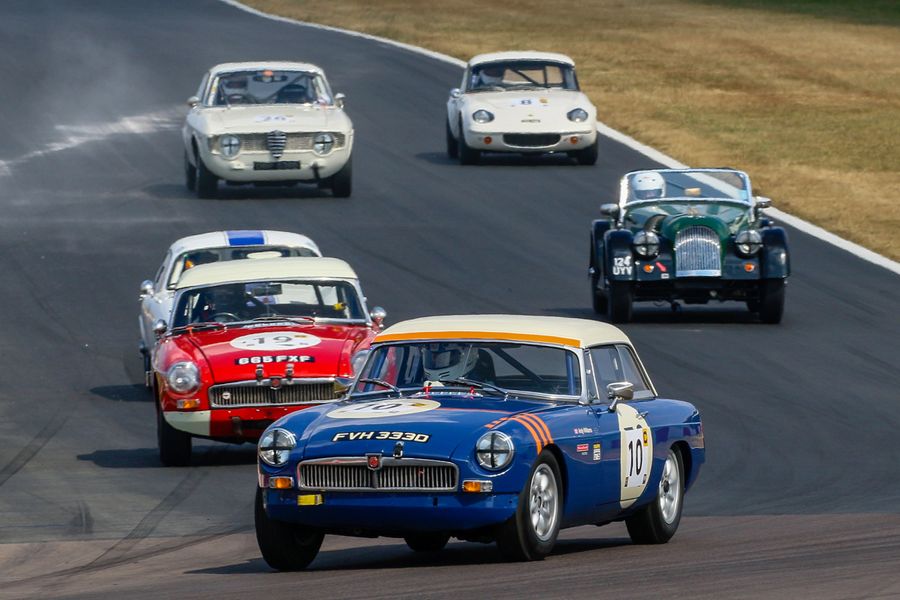 After the huge disappointment for the MG Car Club when they had they high-profile MGLive! meeting at Silverstone cancelled by the venue, we now have some good news as British Motor Heritage (BMH) will be playing a multi-faceted role in what is now their major summer race meeting at Donington Park on the weekend of July 20th/21st. Not only will the company be the title sponsor of the whole event, but also  the popular Equipe Three Hour Classic Relay race that takes place on the Saturday will bear their name. Last but not least, BMH plans to run its own trio of race cars (an MGB, Austin A40 and Mini Cooper S) in the relay, and have a display of its wares in the paddock.

Said BMH’s Managing Director John Yea: “We are delighted to provide such backing to the MG Car Club (MGCC), which continues to organise excellent race meetings for exactly the type and period of cars we help keep in existence by our supply of original-quality replacement panels and bodyshells.

“Supporting the third running of the Equipe Three Hour Relay is also something of a no-brainer, as we applaud the way Equipe Classic Racing has created a ‘trophy’ event in the style of the Spa Six Hours and Birkett Relay Race, but one that’s more affordable and kinder to the type of smaller-engined cars that dominate British classic racing. Besides, we love competing in it!”

Said MGCC organiser Andy Green: “This is an exciting first for the MGCC, as we have never before sold the title of one our events, and are delighted to have made such an arrangement with BMH, as it’s the perfect fit for both parties. We look forward to what promises to be a great weekend of classic motorsport.”