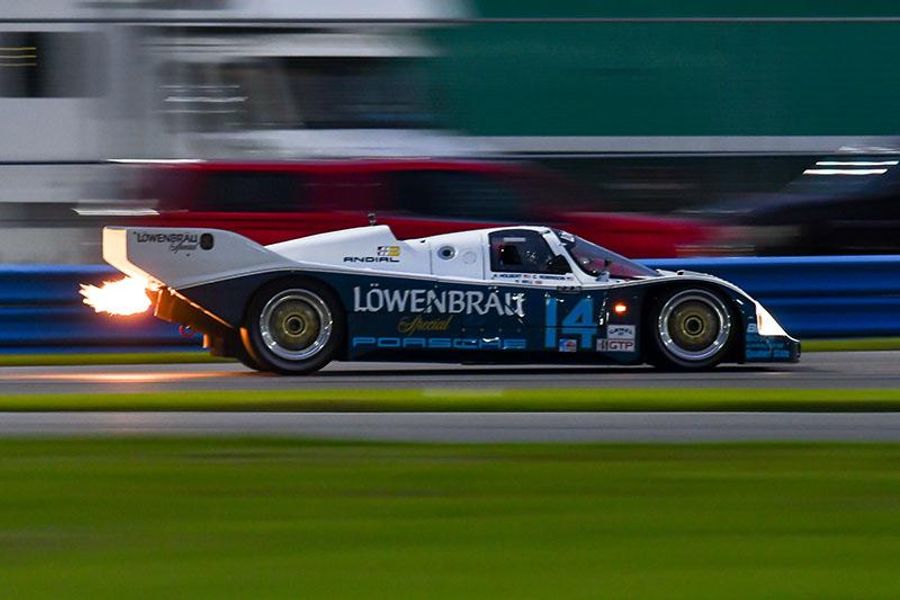 Run Group front runners have emerged while some favorites and early contenders have encountered setbacks as the HSR Classic Daytona presented by IMSA raced through the midnight hour and hit the halfway mark early Sunday morning at Daytona International Speedway.

The fifth running of the Classic 24-Hour race at the "World Center of Racing" began at 2 p.m. EST Saturday afternoon and five of the race's seven Run Groups completed the first two of their four segments before the clock struck midnight.

A pair of Lola T70 MkIII teams that have each scored HSR Classic Daytona victories in the past split the first two Group A segment wins. Last year's group winners James Cullen and Frank Beck moved their title defense off to a good start with a victory in the first Group A segment in the Olthoff Racing 1970 No. 101 Lola T70 MkIII, but another Lola entry took the class lead with a second segment win Saturday night.

Gerard Lopez and Frantz Wallenborn - who co-drive this year with Eric Helary - scored the Group A victory in 2017 in the Iconic Racing 1969 No. 1 Lola T70 MkIII. The European team is halfway home to a second title after taking runner-up honors in Saturday's first segment and the victory in the second. 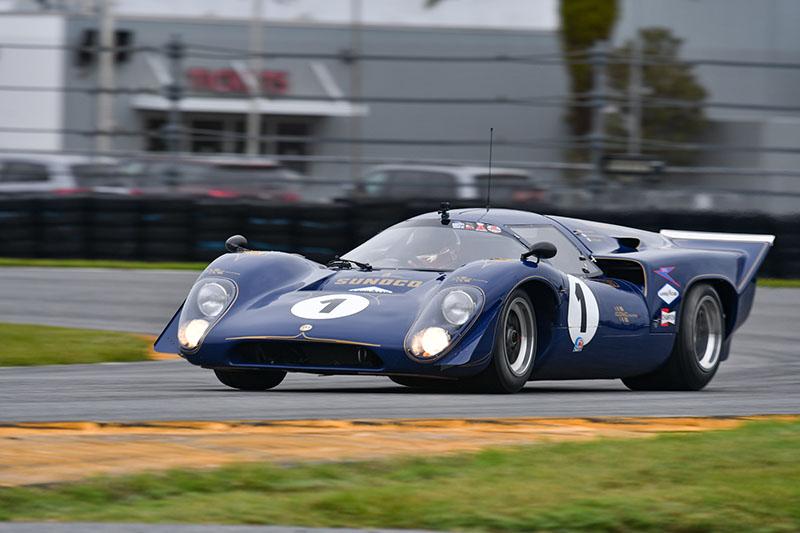 The Iconic No. 1 team's move to the front came a multi-car accident on the opening lap of the second Group A segment sidelined the Beck and Cullen entry. Beck was uninjured in the four-car melee that also saw John Morton walk away unscathed after the 1970 BRE Datsun 240Z the Nissan/Datsun racing legend was driving ended up on its roof.

In Group B, HSR Classic Daytona debuting driver Matteo Ferrer won the first segment in the Amalfi Racing 1976 No. 5 Porsche 935/K, but it was Alain Rüede who emerged to take the group lead at the halfway point. Rüede finished first in segment two in his 1982 No. 21 Chevrolet Camaro IROC to take the overall group lead over not only his GT competition but a stout field of sports racers as well.

The combined Group C and D format has produced some of the best and most dramatic racing so far in the first half of the HSR Classic Daytona. John McKenna and Ross Thompson co-drove the ex-SunTrust 2006 No. 10 Riley MkII Daytona Prototype to the overall and Group D victory in the first segment only to be knocked out the race with a broken axle on the opening lap of the second race.

That opened the door for the 2003 No. 54 Doran JE4 Daytona Prototype of Forest Barber and Terry Borcheller to not only take Group D honors in segment two but also give a stout challenge to the Group C leading and legendary Holbert Racing No. 14 Lowenbrau Special Porsche 962 HR1 prepared by Gunnar Racing.

With Borcheller at the wheel of the Doran and Gunnar Jeannette driving the HR1, the No. 54 and No. 14 battled for the overall segment two lead while taking respective wins in Group D and Group C in the combined class race. 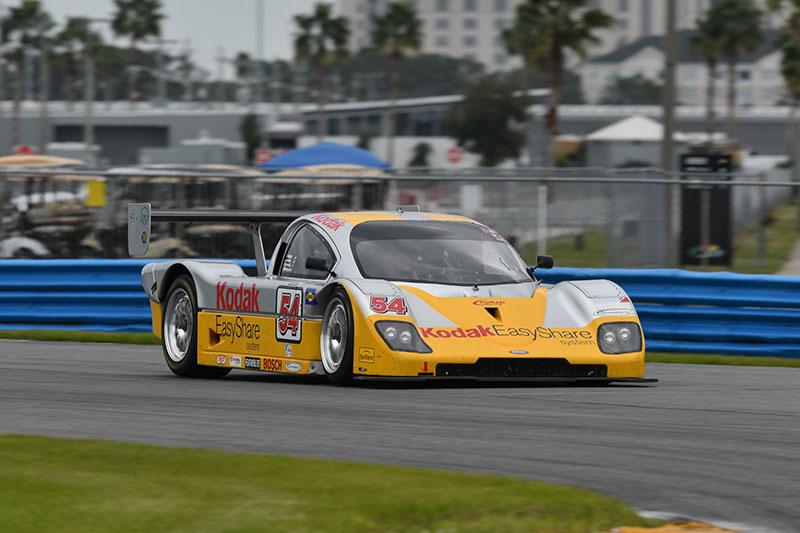 Group E started the HSR Classic Daytona presented by IMSA on Saturday afternoon and then brought the race to within minutes of Midnight late Saturday night. Reigning and three-time Group E winners Andy Wallace and Doug Smith move their title defense off to a fast start with Wallace taking the first segment win in the Rogers Motorsports 2005 No. 38 Audi R8 LMP.

Barbosa took the segment two win but a close second-place finish by Smith was enough to keep the No. 38 Audi in the overall Group E lead by 14 seconds at half distance.