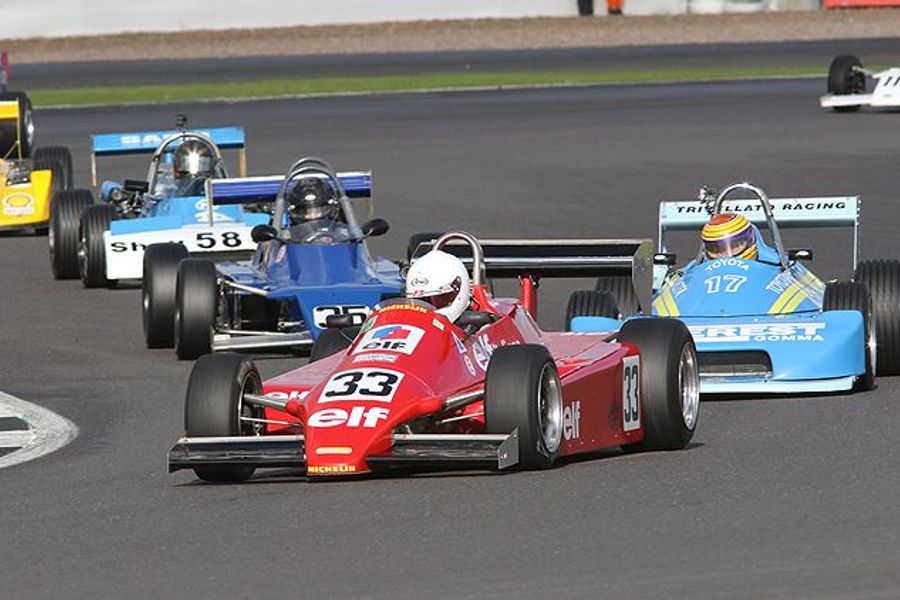 A double-header at the superb Zandvoort circuit in the Netherlands is one of the headline dates for the Historic Sports Car Club’s Classic Formula 3 Championship in 2017. Two 25-minute races will be run within the Zandvoort Historic Grand Prix (1st-3rd September) as the event celebrates the circuit’s Formula 3 heritage. Entries are also expected from France, Germany and Italy.
The Masters of Formula 3 race, held annually at Zandvoort from 1991 and supported by Marlboro, is one of the most prestigious races on the Formula 3 calendar and has been won by a number of future F1 racers including David Coulthard and Lewis Hamilton.
Classic Formula 3 is for F3 cars originally built and raced between 1971 and 1984, and covers two eras of F3 racing; the 1600cc twin-cam cars from 1971 to 1973 and then the 2-litre cars that were introduced in 1974. The championship also has classes for Formula Ford 2000s and water-cooled Formula Super Vees.
These are the cars of the Derek Warwick, Nelson Piquet, Nigel Mansell and Ayrton Senna era and many of the cars race in period liveries and have famous histories. It is a wonderful evocation of a time when British F3 was the best proving ground for aspiring F1 drivers.
The 2017 Classic F3 Championship:
Saturday April 8th, Donington Park
Saturday/Sunday May 20th/21st, Silverstone GP (double-header)
Sunday July 2nd, Brands Hatch GP
Friday-Sunday September 1st-3rd, Zandvoort (double-header)
Saturday September 23rd, Snetterton (double-header)
Sunday October 22nd, Silverstone National (double-header)
HSCC Zandvoort F3 Classic Formula 3