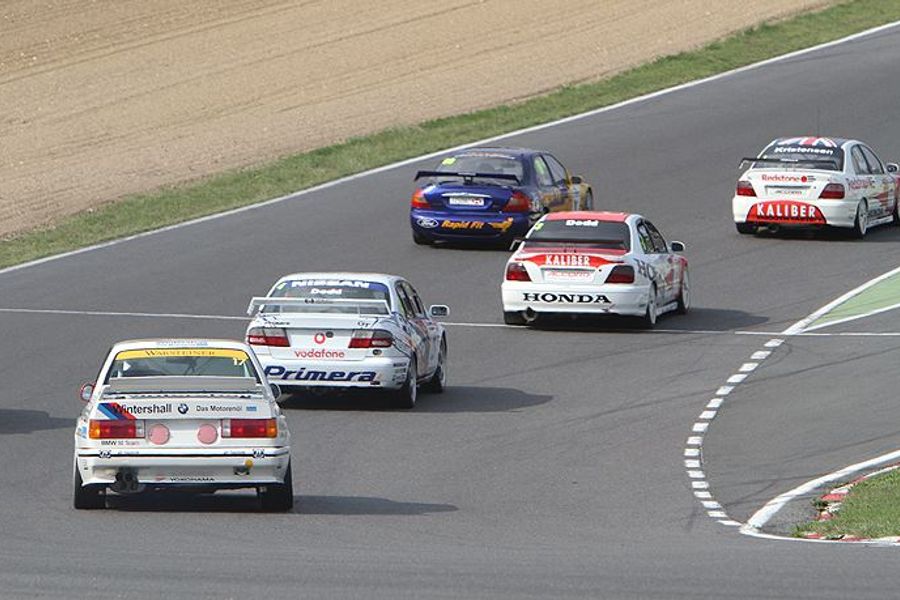 Three high-profile race series from the Historic Sports Car Club will start their 2015 programmes at the Donington Historic Festival (2nd to the 4th of May). The three-day, 20-race event includes the opening round of the new HSCC Jaguar Heritage Challenge for pre ’66 Jaguars as well as the opening races for the HSCC Historic Formula 2 FIA International Series and the HSCC Super Touring Car Trophy. In addition, there will be four races for the FJHRA/HSCC Silverline Historic Formula Junior Championship.

A capacity 36-car grid will get the new Jaguar Heritage Challenge off to a fine start with a field including C-types, D-types, XK120s, XK150s, MK1 and MK2 Saloons and a gaggle of E-types. The quality of drivers on the entry list matches that of the cars, with Andy Wallace, Gary Pearson, Martin O’Connell, Chris Ward, Sam Hancock and John Cleland all due to be in action.

The HSCC Super Touring Car Trophy will make its debut at the Donington Historic Festival with a fabulous 25-car field of 1990s Super Touring cars and other cars from the late 1980s. The race will mark the first time for over 15 years that the two Peugeot 406s from the 1998 BTCC season have raced together. Patrick Watts brought both cars back from Australia two years ago and his car will now be joined by the sister car in the hands of his old friend Malcolm Harrison.

Reigning champion James Dodd will be joined in another of the 1999 works Honda Accords by his father Graeme while Simon Garrad will debut his newly-acquired Opel Vectra from 1998. Former double BTCC champion John Cleland is back for another campaign in his Vauxhall Vectra, while Group C racer Paul Whight joins the series in another Honda Accord.

The battle at the very front of the race will be among the later 2-litre F2 cars, including hard-charging Irishman Darwin Smith (March 722), former F3 race winner Martin O’Connell (Chevron B40), Jamie Brashaw (Chevron B25), Grant Tromans (Chevron B40), Steve Allen (March 782) and category newcomer Steve Seaman in the ex-Eddie Cheever Ralt RT1.

The FJHRA/HSCC Silverline Historic Formula Junior Championship has four races, two each for the front and rear-engined cars. Both grids are full to capacity as the weekend celebrates the 60th anniversary of the Elva marque. Notable in the front-engined races will be the UK debut of the unique Elfin Mk1 of Tony Olissoff, while the rear-engined races will surely deliver some fine racing from category aces like Sam Wilson (Lotus 20/22), Andrew Hibberd (Lotus 22), Westie Mitchell (De Tomaso), Michael Hibberd (Lotus 27), Jonathon Hughes (Brabham BT6) and Simon Diffey (Lotus 20).

The HSCC is also responsible for organising the racing element of the Donington Historic Festival.