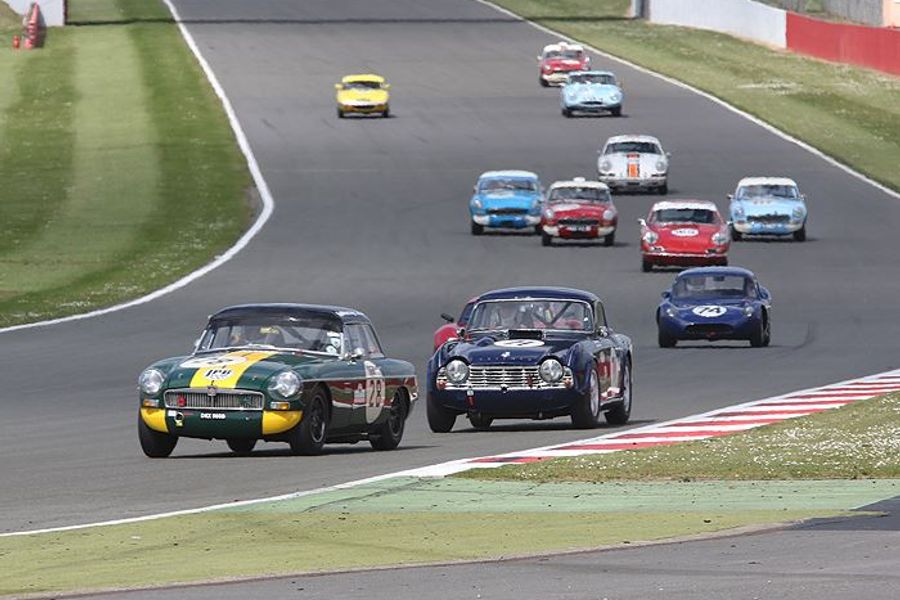 The focus for the Historic Sports Car Club moves to the Brands Hatch Indy circuit this weekend (26th and 27th of September) for the penultimate race weekend of the HSCC championship season. A very busy 20-race programme includes the final rounds of the Duo BRDC Formula 4 Championship as well as a full schedule of HSCC championship races at a point in the season when title contests are coming to a head.

One of the closest battles comes in the Historic Formula Ford 2000 Championship, with a double-header supported by Appino making up rounds 11 and 12 of 13. The deciding round will be held at Silverstone in early November.

The three big players are Tom Smith (Royale RP27), Andrew Park (Reynard SF81) and Callum Grant (Delta T78). With one score to be dropped for the final reckoning, it is all very close and going to Brands the adjusted totals are Smith on 179, Park on 167 and Grant on 160. With 50 points to be won and lost on the Indy circuit, it really is wide open.

The final two rounds of the HSCC Classic Clubmans Championship will put the remarkably rapid front-engined sports-racing cars into action and it is reigning champion Mark Charteris who has a slight advantage in his Mallock Mk20/21.

Kevin Kivlochan has one hand on the ONI PLC HSCC Historic Road Sports Championship title after a tremendous season so far in his Morgan Plus 8.

This will be round 12 of 13 in this year’s championship and it has come down to a battle between Kivlochan’s rumbling 3.5-litre Morgan and the nimble Lotus Elan of Roger Waite. Former single-seater racer Waite can only go out and try and take another win and hope that Kivlochan has problems.

The last time the 70s Road Sports Championship was at Brands Hatch, at the HSCC Super Prix in July, it delivered one of the races of the weekend. This time, the cars are competing on the Indy Circuit and Lotus Europa racer James Dean is secure as champion as his chief rival Peter Shaw cannot match Dean’s title.