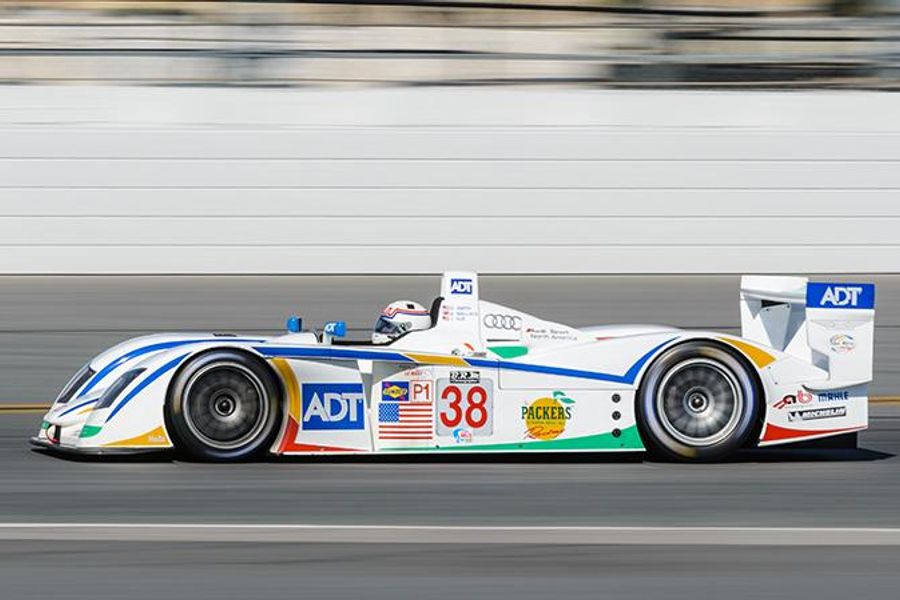 Smith co-drove the No. 38, which carries the livery of the famous Champion Audi team campaigned by the late Dave Miraj, to the Run Group E victory in three of the first four runnings of the HSR Classic Daytona. Smith and Wallace teamed up for the victories last year and in the inaugural Classic Daytona in 2014. Butch Leitzinger stepped in for Wallace after the first win and joined Smith in scoring the repeat victory for the Audi R8 LMP team in 2015.

"First off, we have to thank Mary and Jim Rogers," said Smith, who tested the Audi with Gue at DIS earlier this week. "Without them I would probably still be on a wooden push kart somewhere. The Classic 24 is a great event. It's fun to be a part of it and to be part of the historical lineup of cars that is potentially going to compete in the race each year. Like every other year, we will see what happens. We have had other years where we didn't think we were going to be able to do anything and by a miracle something happened. We are coming to have a good time, enjoy it and have a laugh with our friends, and we will see what happens on Sunday afternoon."

The Classic Daytona is a tribute race to the 24 Hours of Daytona, known in recent decades as the Rolex 24 At Daytona, which has been held on the DIS road course for more than 50 years. Wallace is a three-time overall 24 Hours of Daytona winner, Gue co-drove to the Prototype Challenge (PC) win in 2014 and Smith has also competed in the Rolex 24.

Rogers is focusing solely on the Audi R8 LMP effort this year after also running a 1985 No. 44 Jaguar XJR-7 in the Classic Daytona the last two years. The Jaguar is currently being rebuilt with an eye on returning to competition early next year at the HSR Spring Fling event weekend at Sebring International Raceway.