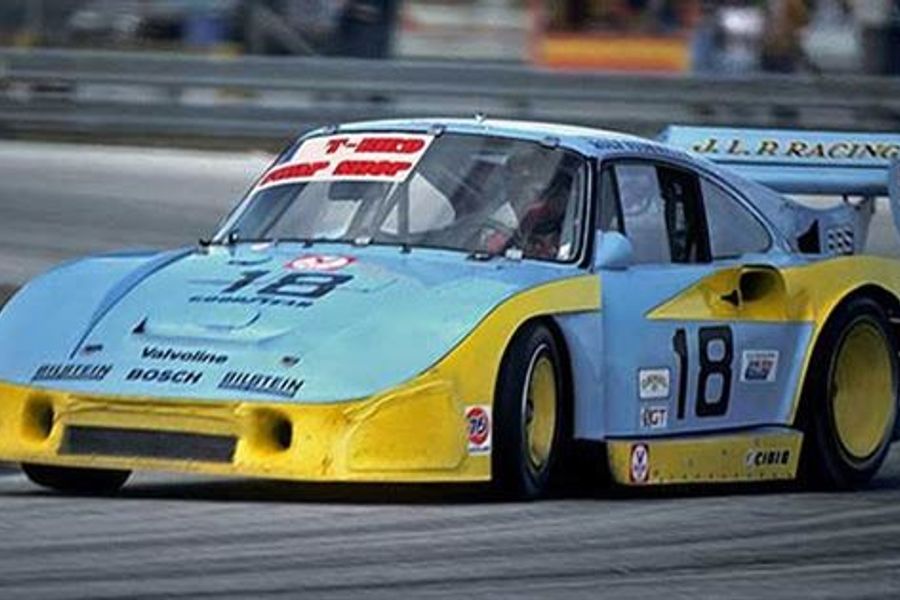 Zak Brown and United Autosports have entered a pair of well-known 1980's-era Porsches in the second annual Classic 24 Hour at Daytona, presented by IMSA, at Daytona International Speedway, November 12th to the 15th. Brown and the team will be fielding both the JLP-3 Porsche 935, winner of the 1982 IMSA Camel GT Championship, and a Porsche 962 that was raced to several major IMSA GTP victories by Dyson Racing.
Well known as a leading international motorsports marketeer, Brown is also an established and successful  race car driver. He has extensive experience in international sports car racing, including second-place GT2 finishes in both the 12 Hours of Sebring and the 24 Hours of Daytona in 1997.In addition to competing in British GT, Blancpain Endurance, FIA GT and Ferrari Challenge USA in recent years, Brown also co-drove to a fourth-place overall finish in the 2011 Rolex 24 At Daytona with teammates Martin Brundle, Mark Blundell and Mark Patterson. The team’s Ford Riley Daytona Prototype was entered by United Autosports with Michael Shank Racing."I always love racing at Daytona, and last year's inaugural Classic 24 appeared to be a huge success and an enjoyable experience for competitors and fans,” said Brown, who is also an avid historic racing competitor. “I knew right away I wanted to be a part of the next Classic 24 and was happy to see they decided to run a 2015 edition instead of following the original every-other-year plan. It's a cool event, it should be held every year and I can't wait to compete.”The race cars Brown and United Autosports are bringing to Daytona are two of the most successful cars of the IMSA Camel GT era and of note even in Porsche’s amazing history.The JLP-3 is believed to be the most successful of all Porsche 935s and remains the only race car to ever win both the Daytona 24 Hours and the Sebring 12 Hours overall in the same year. That 1982 feat began a campaign that ended with the 1982 IMSA Camel GT Championship title for the team and driver John Paul, Jr.In its two-year and 26-race career, the JLP-3 was driven to nine wins and 16 podium finishes. That equates to an average of one win every three races and a podium appearance in 60% of its races. The impressive record included a streak of five-straight first-place finishes from Pocono in September of 1981 through Road Atlanta in April of 1982.The Porsche 962 is chassis No. 120 and won its debut with the Dyson Racing team in the 1986 Six Hours of Riverside. Additional wins were earned that year at Charlotte and Sears Point and driver Price Cobb placed second in the final 1986 IMSA Camel GTP Championship, winning Dyson Racing its second Porsche Cup. Additional wins came in 1987 at Watkins Glen and in Miami in 1988.The 962 was later heavily modified by Dyson with high-downforce nose and air tunnels under the car designed by aerodynamicist Dick Yagami. The Porsche engine produced an impressive 800 horsepower with a top speed of 240 mph at full turbo boost.“We are bringing this pair of classic Porsches to Daytona,” Brown said. “Our goal is to enjoy the event but also be in victory lane on Sunday afternoon after the final checkered flag falls at the Classic 24.”The Classic 24 features six period-correct run groups rotating through a full 24 hours of racing on the 3.56-mile Daytona road course. The run groups, which include various classes of similar-era race cars, each take to the track four times throughout the 24 hours. The competitors in each class covering the most total distance in their group's four one-hour sessions will be crowned Classic 24 at Daytona champions.