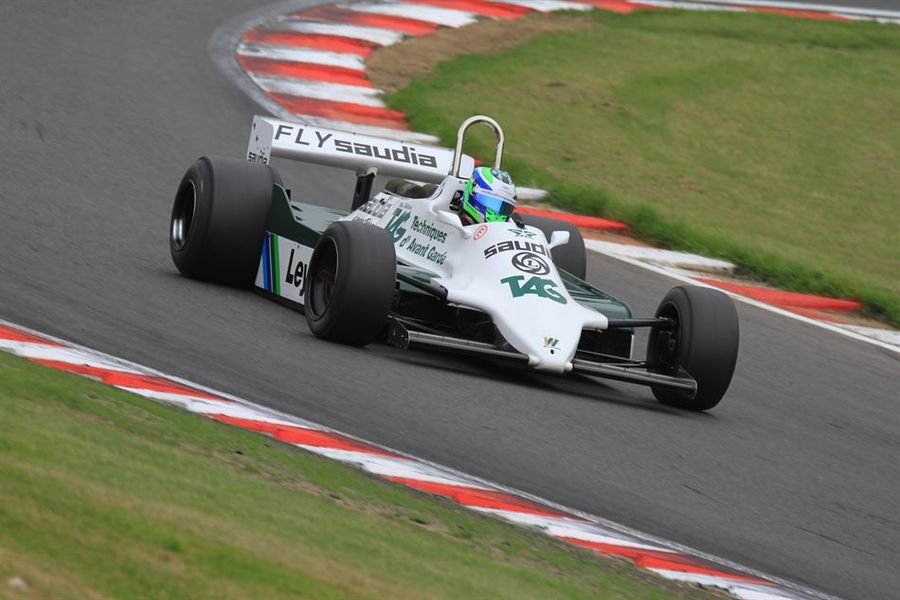 Historic Racer Nick Padmore was one of the panel members in the Supagard Theatre on the opening day of Historic Motorsport International, and we took the chance to snatch a few minutes after he came off stage. It has been a successful couple of years for Nick, who claimed an FIA Historic Formula One title and set the fastest ever race lap of the Goodwood circuit, and we started off by asking him what this season has in store…

"It is already looking like a busy year," said Nick. "I'm starting at the Goodwood Members' Meeting in the Sadler family BMW [the distinctive red and white striped 530i), which is a car that I love, so I am looking forward to that, and then we have the Masters series.

"I am hopefully out again in the Williams in the Masters FIA Historic Formula One Championship, and also out at the Historic Grand Prix at Monaco, and I am hoping to be out in two cars there. I did Monaco back in 2014 in a Wolf, and I am looking forward to going back as that time the engine was overheating and I was having to back off and nurse the engine, but we still got a podium. All I remember of that race was spending so much time just looking at the temperature gauge. I was told to race and let the engine blow up if that happened, but that is not how I like to treat a car so I was being very careful.

"I just want the season to get started, I am with a team - Forza Historic Racing - and we have a lot of work to do, rebuilds, testing, and Monaco to prepare for, but there is nothing like that first meeting for this year, so I am just waiting to get to Goodwood!"