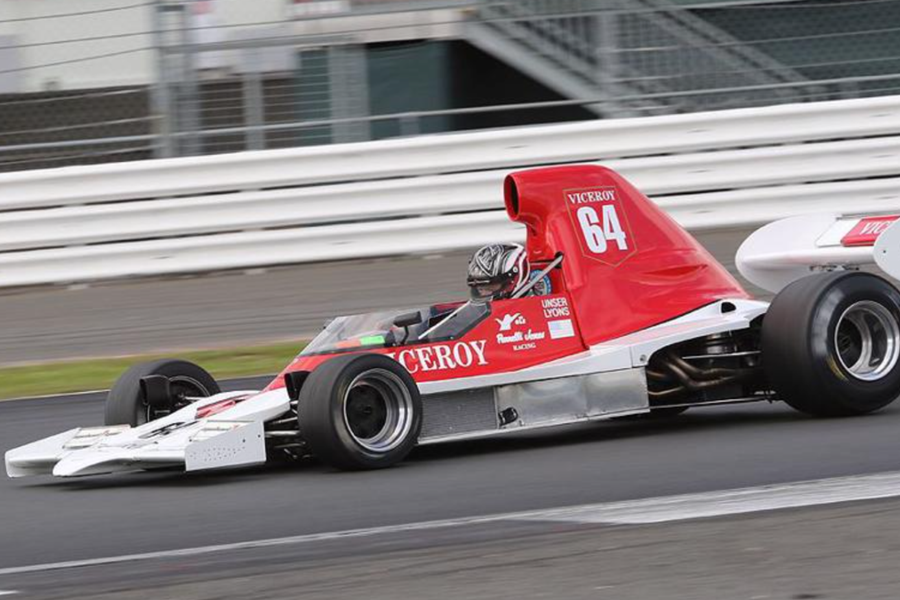 A leading UK motorsport magazine annually prints a listing of the quickest race lap at each British (and Irish) circuit, and with the 2018 edition now available, it was very noticeable that four of the best times were set by historic machinery. Now, we are willing to accept that maybe the quickest lap of Goodwood falling to car from the 1960s is hardly a surprise, similarly the Silverstone Historic GP circuit, but for the quickest lap of both Brands Hatch layouts  to be set by cars running under the historic banner is maybe the makings of a future sports trivia quiz question.

At this year’s Goodwood Revival, Karun Chandhok set the best mark with a 1m20.238s lap in a McLaren-Chevrolet Mk1, the potent Can-Am cars starting to push at the boundaries of the very original circuit. The Silverstone time was set by Michael Lyons when the HSCC visited in June, the rapid racer winning both Derek Bell Trophy races in his Formula 5000 Lola-Chevrolet T400.

At Brands Hatch Lyons and the Lola where again pace-setters, surprisingly maybe on the short Indy layout, his lap in 43.746s (an almost 100mph average speed) still five seconds short of the outright time set by Scott Mansell in a Benetton-Renault way back in 2004 when the EuroBoss series ran at the Kent circuit.

The quickest Brands Hatch Grand Prix circuit of the year went to the potent Peugeot 908 HDi of Rui Aguas racing in the Masters Endurance Legends race in May, the Le Mans winner outpacing any other car round the 2.4-mile lap.

Could historic motorsport do better than four in the UK in 2019? Goodwood and the Silverstone Historic GP layout would appear to be in the bag, while Brands Hatch is obviously back up for grabs. So where could the fifth best time come from? With the right grid (and we are thinking Formula 5000 maybe), Thruxton could be the place to be as it looks to establish its annual historic meeting next summer.