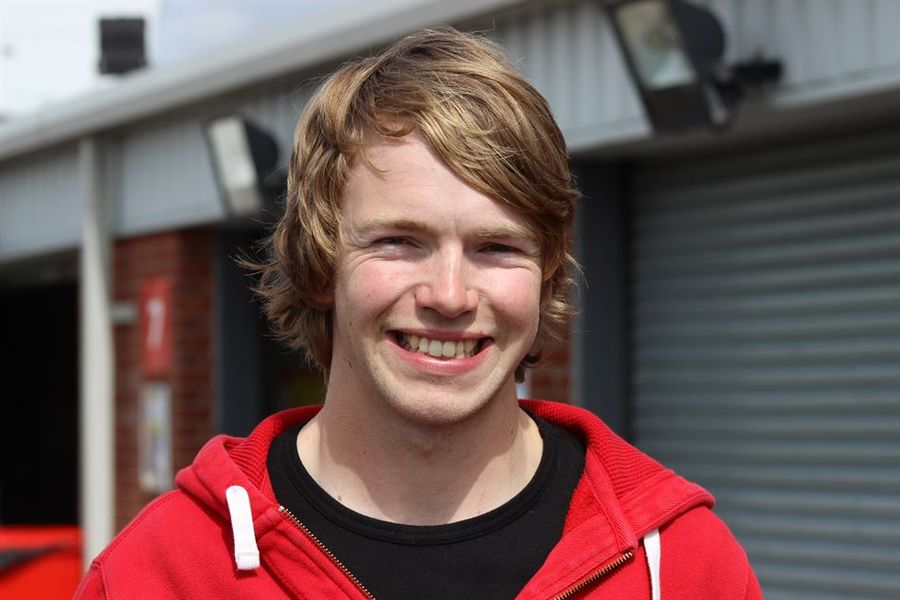 We caught up with historic racer Michael Lyons to ask about his season ahead, and it looks like a busy year as the Briton fits a front-line race career in internationals sportscars around racing Group C, classic F1 and F5000 cars.
One highlight will be the Lyons family bringing out a second ALD chassis in the Group C series, after father Frank won the C2 element of the category last year in their newly restored ALD C289.  The family located the last ever ALD, a Group C1 car that competed, albeit briefly, at Le Mans in 1991, in storage in Paris, and that car is now well on the was to being race ready.
“When the ALD team closed,” said Michael, “the car finished up with a tyre company who were a sponsor in their Paris dealership. We were doing some research on the Group C2 C289 we ran last year, and the French intern we had working for us actually managed to find the car owner and he was looking to sell up and retire.
“We went and looked at it but it was obviously going to need some work, and he asked what we were going to do it with the car and we said we were going to race it. Instantly his eyes lit up and he even knocked a little bit off the asking price, and asked to come to the first race. We are hoping to have it out at the opening Group C race of the season in Jarama.
“It is a C1 car with a Cosworth DFR, oddly a smaller engine than our C2 ALD, but the changes to the series look to be bringing it back into a fuel formula, some of the quicker cars won’t be able to run the distance on full boost, so we could do well. We have been looking into livery for the car, it ran at Le Mans in 1991 in a yellow livery but it also ran in red in the WEC, I like the Le Mans scheme but my dad prefers the other one! We are not sure yet who will drive what car, I will most likely stay in the Gebhardt.
“We are going to be at the Goodwood Members’ Meeting with our Osella FA1B Formula One car as part of the ground effects demonstration. It hasn’t run for a few years but we will give it an outing there, and I will also be out in a Guinness-liveried March 881 belonging to Mark Dwyer, it’s a nice original car. We’ve had it apart and put it back together and it’s almost ready to get on the flat floor and have a proper set up put on it.
“We should also be out in our own F1 cars this year, and I’m planning to be in the Hesketh again. I’m looking forward to the James Hunt event at Brands Hatch and it would be fun to see if my dad will let me squeeze into the McLaren M26 there, I’ll have to ask him nicely and see what happens.
“The Formula 5000s will be out again, they are fun to drive, make a great noise and seem to be real crowd pleasers. I am spending a lot of time right now trying to make my career in modern cars happen, so to a degree the historic stuff has to fit in round it!”
Michael Lyons classic F1 F5000 cars Group C ALD C289