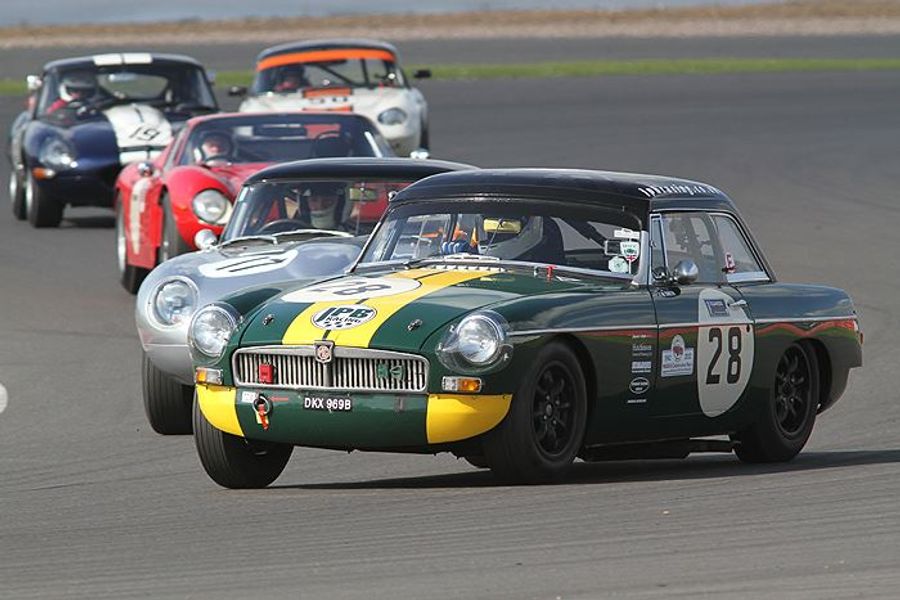 The Historic Sports Car Club have announced that they have been inundated with entries for the Guards Trophy race at this year’s Silverstone Classic (24th to the 26th July). The club has already received 80-entries for places on the 58-car grid at the world’s biggest historic motor racing festival. The Guards Trophy GT and Sports Racing Championship is open to pre-1966 GT cars and pre-1969 sports-racing cars and is the best-supported championship in historic racing. In 2014, 167 drivers took part in the seven-round championship.

The championship will enjoy the highest-profile race in its history when 58 cars take to the Silverstone Grand Prix circuit for its debut at the Silverstone Classic. As usual for the Guards Trophy, the race will run for 40-minutes with a mandatory pit-stop and optional driver change. Entries for the race do not close until 22 May, so the final selection of entries will not be made until after that date. The entry to date includes a typical selection of regular Guards Trophy cars including Chevron B8s, Lotus 23Bs, Jaguar E-types, MGBs, Lotus Elans and TVR Griffiths.

Grahame White, CEO of the HSCC, said that the club was delighted with the response to the race. “This is a just reward for all the drivers who have supported the championship so well over the years. To have taken 80-entries for 58-places on the grid, with a month before entries close, shows that competitors want to be part of the Silverstone Classic.”