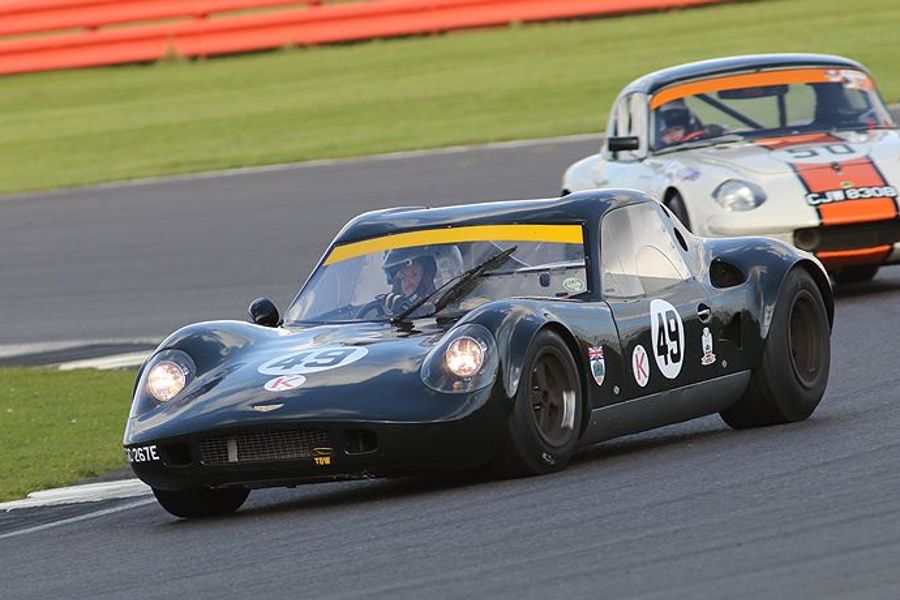 A capacity grid is expected at Donington Park on Saturday 8th April for the opening race of the tenth anniversary year of the Historic Sports Car Club’s Guards Trophy. A grid of 40-cars should line-up for the 40-minute, pit-stop race for pre ‘66 GT cars and pre ‘69 sports-racing cars.
The roots of the Guards Trophy are in the Classic Sports Car Championship, which is one of the HSCC’s longest-established championships, dating back to 1974. In 2007, the championship was developed into the Guards Trophy and continues to be one of the Club’s most successful and best-supported championships.
The Donington entry includes a superb array of sports-racing and GT cars, including three TVR Griffiths, three AC Cobras, three Lotus 23s and a pair of Elva Mk7s. New to the championship will be Portuguese racer Goncalo Gomes in a Lotus 47 that was raced in Europe by Robert Huber from Switzerland when new in 1967.
“The Guards Trophy format is now 10 years-old and continues to attract capacity grids,” said championship chairman Stuart Tizzard. “We’re delighted at the prospect of a full grid of 40 cars at Donington with a good mix of regular supporters and championship newcomers.”
The balance of the six-race championship season includes the Grand Prix tracks at Silverstone and Brands Hatch as well as two races at the Oulton Park Gold Cup in August when there will again be separate races for the GT and sports-racing cars. In addition, competitors have the chance to race at Spa-Francorchamps in September.
The 2017 Guards Trophy calendar is:
Saturday April 8th, Donington Park
Sunday May 21st, Silverstone GP
Saturday July 1st, Brands Hatch GP
Saturday August 5th, Croft
Saturday/Sunday August 27th/28th, Oulton Park (split races)
HSCC Guards Trophy Donington Park