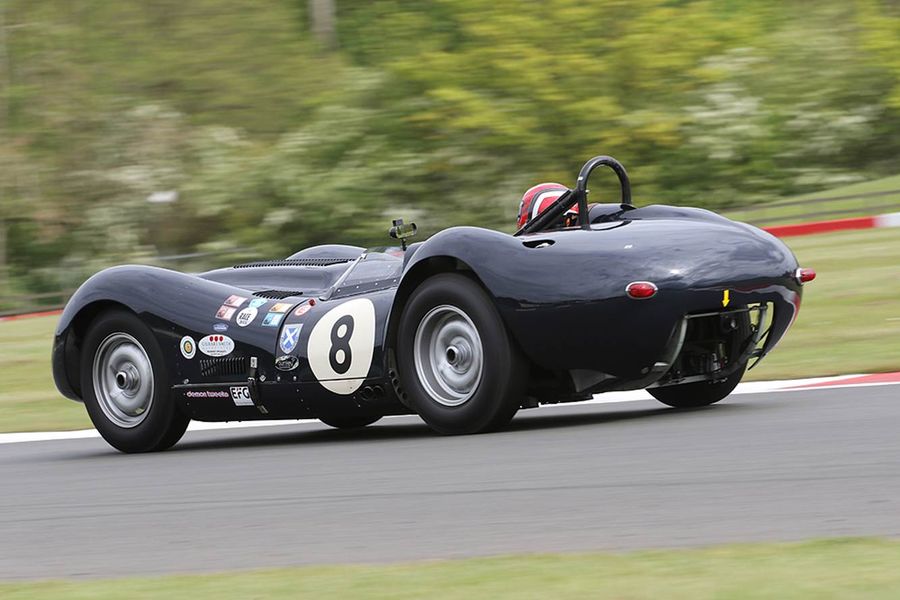 The life of the Archie Scott Brown will be celebrated during the two-day Historic Sports Car Club race meeting at Snetterton on 4th/5th April. The event, which already honours the life of Jim Russell and recalls the early years of the Formula Ford Festival at Snetterton will now be enhanced by the Archie Scott Brown Trophy, a race for pre-1960 sports and sports-racing cars.

The organisers are keen to encourage owners of drum-braked cars to join the grid. The pit-stop race will put the emphasis on the specialist manufacturers from the period when Archie raced. This is the fifth running of this race and will comprise a 30-minute qualifying session and 45-minute race, both on the Sunday of the weekend.

Scott Brown is best known for his successes in the cars produced by Lister Cars, founded by the late Brian Lister, and built in nearby Cambridge. Brian and Archie did much of their testing at Snetterton and it is entirely appropriate that the race is held at the Norfolk circuit. The first Archie Scott Brown Trophy, marking the first race in his memory for the cars in which he made his name, was run within an HSCC race meeting in 2015 and now returns after a year’s absence in 2019.

William Archibald Scott Brown, known to all as ‘Archie’, was a legend in his own lifetime. A Scotsman born in May 1927, he overcame severe physical handicap to become one of the leading British sports car drivers of the 1950s, well able not only to hold his own against, but also often beat, the top drivers of the day. His disablement, affecting both his legs and right arm, was no bar to his determination to race cars. He was battling with Masten Gregory for the lead at Spa, both driving Lister ‘Knobbly’ Jaguars, when he lost his life in May 1958, just a few days after his 31st birthday.

The weekend will honour the life of racer and race school pioneer Jim Russell, who died in March 2019, as well as featuring 10 Formula Ford races to mark the early heritage of the Formula Ford Festival. Before moving to Brands Hatch in 1976, the first four Festivals were run at Snetterton from 1972 to 1975.