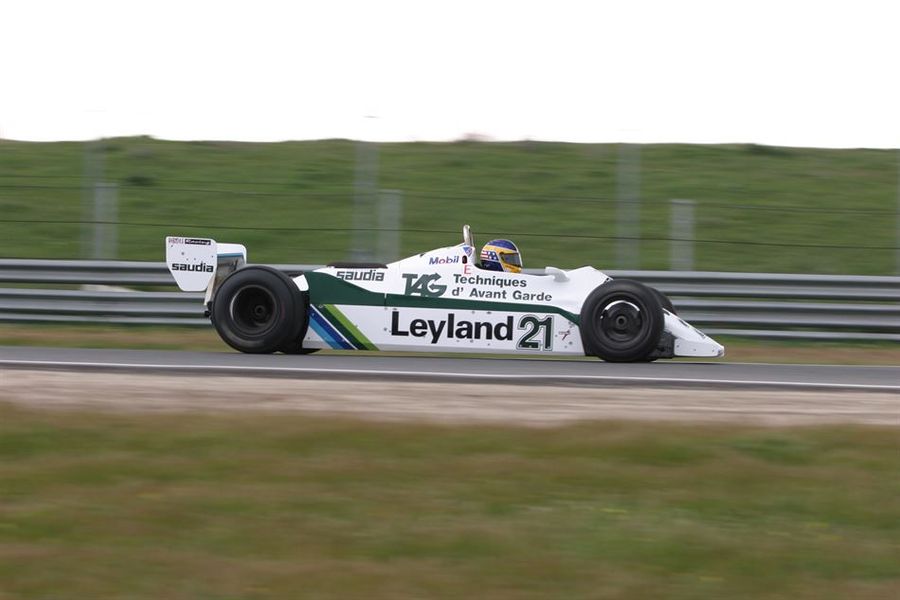 Photo: Jim Houlgrave
Race Retro, the international historic motor sport show, will celebrate the 40th anniversary of Formula 1’s ground-effects era in the Motor Sport Hall of Fame Live at Stoneleigh Park, Warwickshire, from February 23th-25th 2018. Although the use of aerodynamic influence can be traced back more than a century in motor racing – Gustave Eiffel of Parisian tower fame had a wind tunnel that Peugeot used to help shape its Grand Prix cars in the 1910s – it was Colin Chapman of Team Lotus who first capitalised fully on the notion of the racing car as an inverted wing, pressed to the track by the air that passed over its bodywork’s contours.
Chapman’s landmark design was the Lotus 79, introduced early during the 1978 season. Mario Andretti gave the car a winning debut in the Belgian Grand Prix and scored four further victories on his way to winning that season’s world title.
Building on Chapman’s initiative, Williams took the concept a stage further with the Patrick Head-inspired FW07, which gave the team its maiden F1 success in the 1979 British Grand Prix and carried Australian Alan Jones to the world championship in 1980. The organisers of Race Retro’s Motor Sport Hall of Fame Live will have an FW07 on display, from the Williams Heritage collection, and it is hoped that a Lotus 79 will also be present.
Event Director Lee Masters said: “The ground-effect philosophy filtered down from the top of the sport and the 2018 Hall of Fame Live display will showcase a stunning range of cars that symbolises one of the most innovative periods in racing history.”
The Motor Sport Hall of Fame Live will also include other racing and rally cars, with a number of key milestones celebrated and tributes paid to attendant special guests, many of whom will be interviewed on the Motor Sport Live stage. Introduced to Race Retro last year, this was the biggest talking point of a show that is now owned by Clarion Events.
Race Retro will also welcome motor sport industry race series, rally organisers, and traders, with more than 85 specialists already committed. These include Classic and Sports Car Club, Equipe Classic Racing, MG Car Club, HERO Events, Classic World Racing, Historic Sports Car Club, Millers Oils, and the Vintage Sports-Car Club.