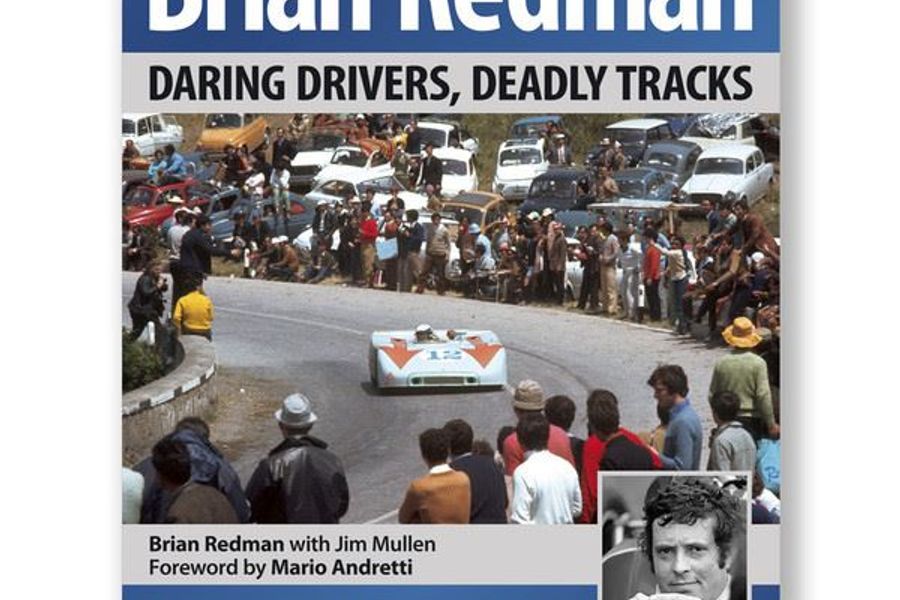 The Royal Automobile Club this week announced the winner of their 2016 Motoring Book of the Year Award, which went to Daring Drivers, Deadly Tracks written by racer Brian Redman and published by Evro Publishing.
“We give our judges an almost impossible task in agreeing on a single title for our 2016 Motoring Book of the Year,” said Peter Read, Motoring Committee Chairman, “however, there was broad consensus that Brian Redman’s book provides an exceptional mixture of excitement, poignancy, humour and information at a relatively affordable price. It is just so readable, as well as being an important and overdue addition to the list of British racing driver biographies’.”
Redman’s book looks at his extensive career but in particular the period from 1968 to 1973 when he raced in some of the most iconic cars of the period, the Ford GT40, Porsche 917 as well as various Ferraris, on tracks that were being pushed to the safety limits and beyond by the new breed of powerful sportscars and single-seaters. Written by Redman and Jim Mullen, the book features over 300 illustrations and takes in races at tracks such as  Spa-Francorchamps, the Nürburgring, Le Mans and Daytona as well as events such as the Targa Floria.
The forward is by Mario Andretti, who comments: “Brian writes like he drove, right to the point and always with passion. He has managed to cap a pretty terrific racing career with a pretty terrific racing memoir.”
Visitors to www.gorace.com have the opportunity to purchase signed copies direct from Brian Redman.
Click on the Audio tab for our interview with Brian Redman at Daytona in 2015.
Book Daring Drivers Brian Redman Deadly Tracks RAC Redman