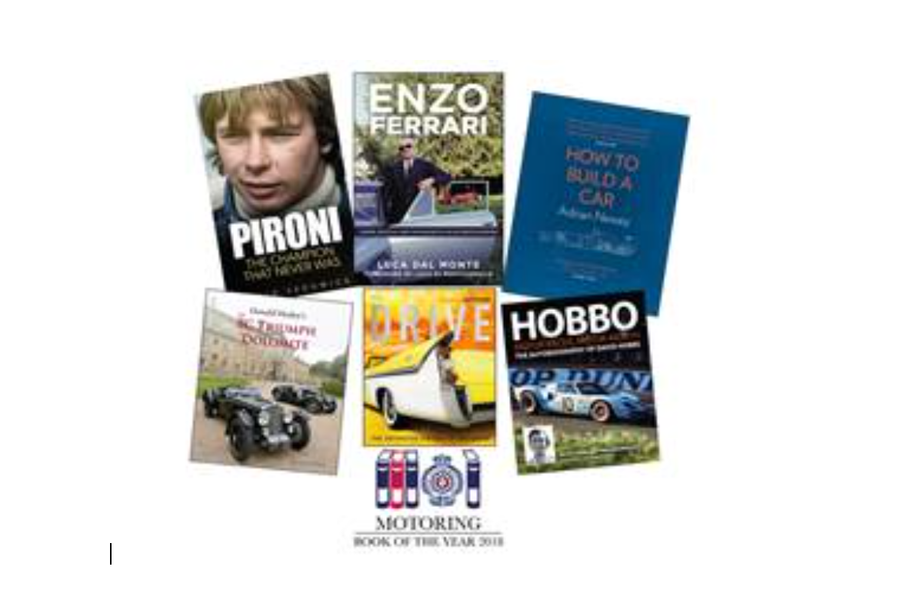 Now in its fifth year, the Royal Automobile Club Motoring Book Awards are recognised as the most prestigious awards to be bestowed in the automotive publishing industry. The annual awards, hosted by respected broadcaster and journalist Simon Taylor, will take place on Wednesday 31st October at the Club’s historic Pall Mall clubhouse, amongst many distinguished industry guests.

“We never fail to be amazed at the quality and variety of titles that our experienced judges propose for the Awards, and this year is no exception” said Peter Read, the Club’s Motoring Committee Chairman.

“The Royal Automobile Club possesses one of the world’s finest motoring libraries in the world, one we add to constantly. The history of the Club spans that of the car itself, and it is our duty to stoke enthusiasm in all aspects of motoring history including literature” said Peter Read.

The 2018 shortlist of contenders includes works on racing driver biographies, marque histories and general motoring to legends in engineering and vehicle design.

The six titles shortlisted for Motoring Book of the Year Award are:

The six titles shortlisted for Specialist Motoring Book of the Year Award are: 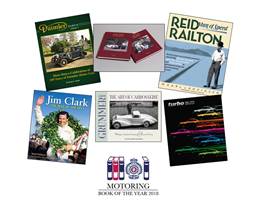 The Royal Automobile Club Motoring Book of the Year Awards is one of the one of the most important events during the Club’s annual London Motor Week during which the Club hosts an array of high-profile motoring events, including the Art of Motoring exhibition, Motoring Lectures, the Motoring Forum, a dinner with former BMW Board Member, Dr. Ian Roberston and the Dewar and Simms Trophy presentations awarded for British engineering excellence. The week culminates with the free-to-view Regent Street Motor Show on Saturday 3rd November and the world-famous Bonhams London to Brighton Veteran Car Run supported by Hiscox on Sunday 4th November.

Six Titles Shortlisted for RAC Motoring Book of the Year