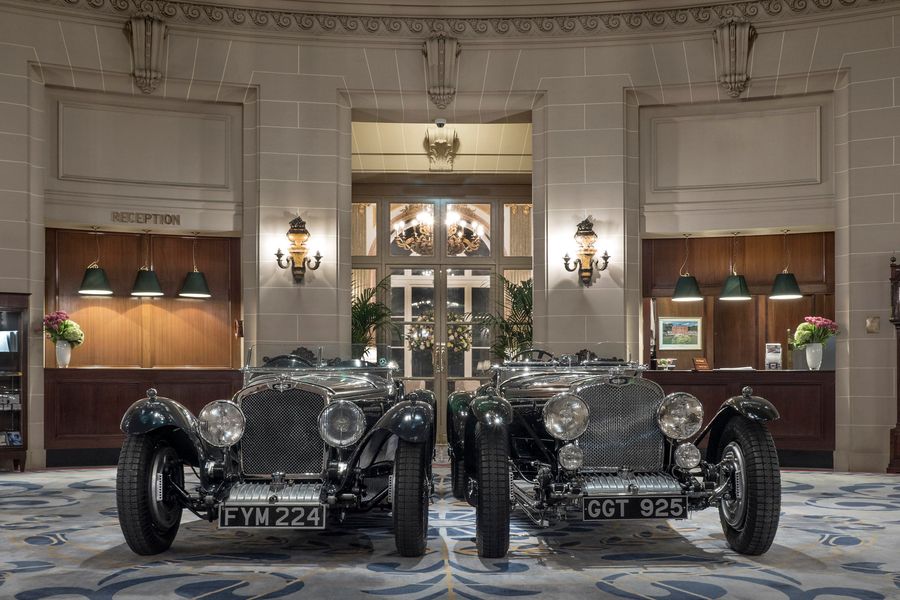 The Royal Automobile Club is launching a new set of annual awards to recognise excellence and outstanding contributions to the UK’s historic motoring and motorsport industries at a gala evening to be held in the Club’s Pall Mall clubhouse in London on Thursday 21 November 2019.

The nomination and judging process is central to the prestige and integrity of the Royal Automobile Club Historic Awards. With the exception of the Club’s Lifetime Achievement Award, category nominations will be invited from all corners of the UK’s historic motoring scene.

The Awards will be judged by a hand-picked panel of independent experts consisting of some of the most highly-regarded individuals in their respective fields, each with specific in-depth knowledge of their assigned categories, making a win one of the most sought-after accolades in the industry.

The Royal Automobile Club has been at the heart of the motoring and motorsport world for over 120 years since its formation in 1897 and the Awards serve as a natural continuation of the Club’s heritage.

Ben Cussons, Chairman of the Royal Automobile Club, commented: “The Club has a long history of rewarding endeavours, starting with the first British Grand Prix in 1926. We do everything for the long-term - witness the Veteran Car Run which is over a century old - meaning these awards will become an annual event going forward. Our independent judging panel is integral to these Historic Awards – each one is hand-picked based on their depth of knowledge and expertise in their field. All judges will base their decisions on a clear set of criteria so that candidates will understand exactly how each category will be assessed.

“This is a perfect opportunity for the Club to honour and celebrate the wealth of talent and commitment that exists across this vibrant and growing industry. We are delighted to be partnering with Historic Promotions; Duncan Wiltshire’s team are true enthusiasts for all things related to historic motoring and motorsport and bring a significant degree of expertise and credibility to the awards”.

“The Royal Automobile Club has the unimpeachable authority and integrity which is imperative for any awards programme,” said Duncan Wiltshire, Chairman of Historic Promotions. “We are delighted to be working with the Club on this major new activity, which we believe will raise the bar for such awards and become a highly respected fixture on the motoring calendar. We are hand-picking judges who have a remarkable amount of experience across the categories and who can recognise excellence and appreciate outstanding talent.”

Award categories will be announced on 9th January 2019 and nominations for the inaugural Awards open on 20th March 2019.

The gala evening on the 21 November 2019 will see the leading lights from across the industry gather to celebrate and honour the winners in style at the historic Pall Mall clubhouse.

The Awards will complement the Royal Automobile Club’s current motoring activities such as the 1000 Mile Trial, the Regent Street Motor Show and the Veteran Car Run and join the renowned list of Club motoring and motorsport awards and trophies, which include the Dewar Trophy the Segrave Trophy, the coveted Historic Tourist Trophy, the Woodcote Trophy and the Royal Automobile TT Celebration, the jewel in the crown of the Goodwood Revival.