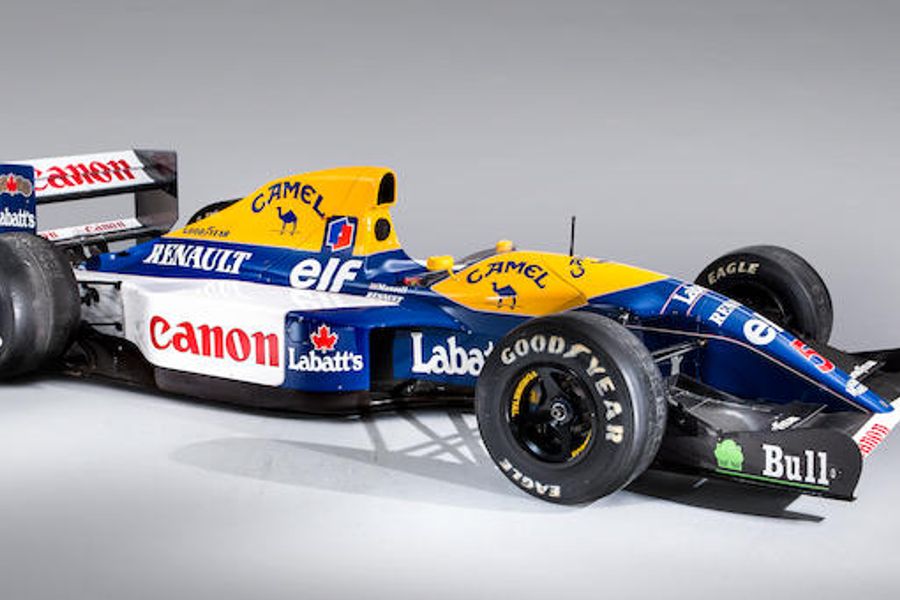 One of the annual highlights of the Goodwood Festival of Speed is the Bonhams auction that is tied to the event. This year some special racecars went across the block. The highlight was the Williams-Renault FW14B Formula 1 car, in which legendary British racing driver Nigel Mansell won a record-setting five Grands Prix (all from pole) in his Championship-winning 1992 season. The car set another world record on 5 July at Bonhams Festival of Speed sale, by achieving the highest price ever paid at auction for a Williams Grand Prix car going to a private collector for £2,703,000, ($3,360,931).

Designed by celebrated Formula 1 engineer Adrian Newey, The FW14B is considered one of the most sophisticated, dominant and important Formula 1 racing cars of all time, featuring state-of-the-art technology, including 6-speed semi-automatic transmission, ride-leveling active suspension and cutting-edge aerodynamics, powered by Renault's RS3 3.5-litre V10 engine. The car, FW14B chassis 08, contested 13 of that year's 16 Grands Prix, and was driven by Nigel Mansell to victory in the first five races, all starting from pole position, setting a Formula 1 record, at the time, for consecutive wins. In an interview for Bonhams magazine the 1992 World Champion said: "It was just a fantastic year, with a fantastic car!”

Global Director of Motorsport for Bonhams, Mark Osborne, said: "The Festival of Speed celebrates the very best of motor racing history. Against this background – one week before the British Grand Prix, we are delighted to see Nigel Mansell's Red Five set yet another world record. "

As expected, other successful British motorsport challengers were also popular at the Festival of Speed sale: 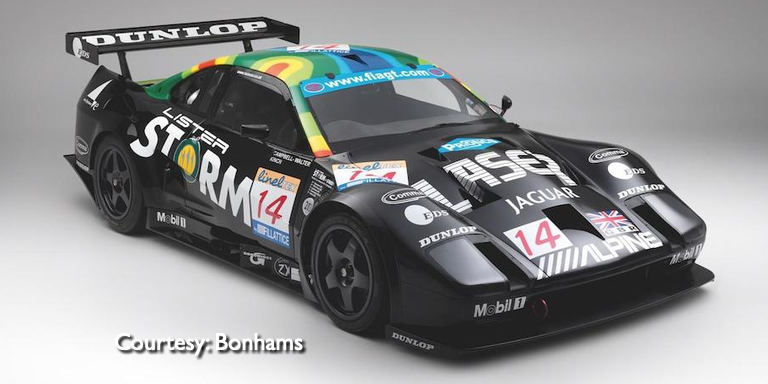 A 2001 Lister Storm GT1 Sport-racing Prototype – one of only six produced, achieved £465,750 ($579,117). Designed by Mike Hughes, the Storm featured an aluminum honeycomb chassis, carbon fiber body, pushrod suspension and a 7L Jaguar V12 engine based on those used in the Le Mans winning Jaguar TWR XJR-9 Group C cars.  This chassis “GTM005” was built at the beginning of 2001 and entered as a factory car by Lister Racing in the FIA GT Championship. The car's best performances came in 2002 and ’03.  The car scored two-second place finishes at the FIA GT round at Silverstone and at the 24 Hours of Spa. Victory finally came in ’03 when Jamie Campbell-Walter and Nathan Kinch won at Anderstorp.  That victory and a second place at Monza secured the team a runner-up finish in the championship.

A 1933 MG J4 Midge Sports and Voiturette Racing Two-Seater, the car that helped launch the career of the great Ulsterman driver Hugh Hamilton was sold for £255,875 ($318,157). Hamilton used this car to contest the 1933 RAC TT, EifelRennen and Masaryk Grand Prix. The car was known as the “Baby K3” for being the 4-cyliner equivalent of its famed 6-cylinder Magnette big brother. One of only nine J4s built between 1932 and ’34 it was one of the latest improved “lightweight” J4 Midgets using C-Type components and larger brakes. Hamilton won the famed EifelRennen by a whopping 24 minutes taking the Voiturette class that was the predecessor to modern formula-2. Bobby Kohlrausch, Dennis Poore and David Piper, were also known to have driven the car.

Although factory records are incomplete the 1956 Cooper T39 Bobtail Chassis CS/3/56 can be traced through continuous ownership by referencing Doug Nye’s celebrated “Cooper Cars” book back to its purchase by Australian racer Alan Mackay.  After completing a few acclimation events in Britain including a 3rd place at the famed Prescott Hill Climb Mackay asked the factory to run the car alongside the other factory cars at the ’56 Shell Cup race at Imola, Italy.  As the story goes, after the car split its gearbox casing in practice, Cooper works driver Jack Brabham selflessly worked all night to repair the car for his compatriot while sacrificing the preparation of his own car. At auction Bonhams realized £120,750 ($150,141) for the car and it was worth it just for the story!

For the 2004 Formula 1 season Toyota built 11 TF104B chassis. Nine of those were used to compete. Chassis #08, as offered at Bonhams, was used as a test car. The car was sold to a private vendor after the engine, transmission and electronics had been removed. The car sold for display purposes only sold for £69,000 ($85,795).

Watch this space in coming weeks, as HistoricRacingNews.com will have a full preview of Bonhams Quail Lodge auction as part of Monterey Car Week in coming soon.