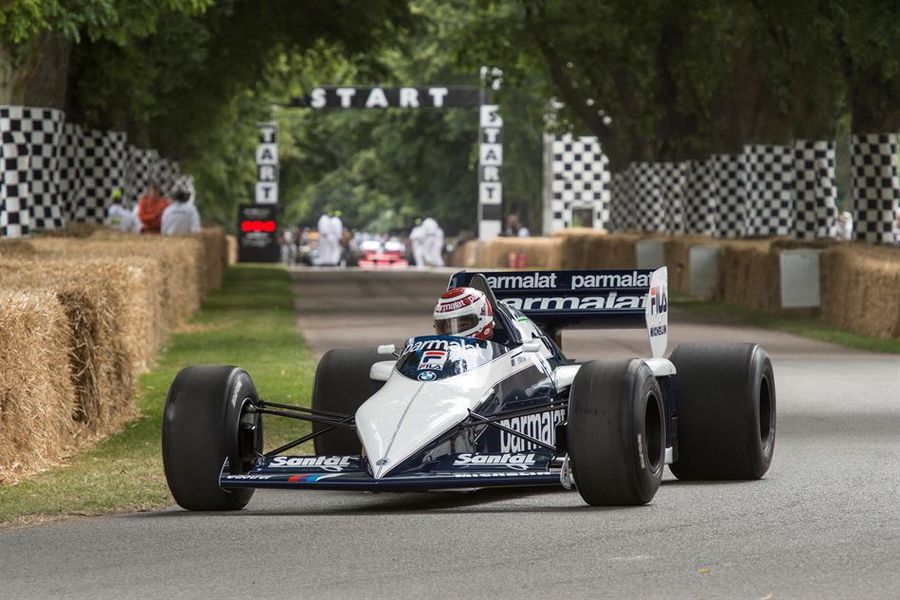 BMW has been announced as the Central Feature Marque at the 2016 Goodwood Festival of Speed, in recognition of the hundredth year of the German car manufacturer. In addition to recognition for its current brands, it look like there will be a strong emphasis on the long and successful sporting pedigree of the company.
Encapsulating this year’s Festival of Speed theme of ‘Full Throttle – The Endless Pursuit of Power’ the Central Feature in front of Goodwood House will celebrate BMW’s motorsport successes. Taking a starring role on the sculpture created by Gerry Judah will be the legendary BMW 328 Mille Miglia Roadster, the Gordon Murray-designed Brabham-BMW BT52 the took Nelson Piquet to the 1983 Formula One title, and the 1999 Le Mans-winning BMW V12 LMR.
Running up Goodwood’s hill will be the Mille Miglia-winning BMW 328 Touring Coupé from 1940, and a 1965 BMW 1800 TiSA – an early example of BMW’s unparalleled success in touring car racing.  A unique ‘M Avenue’ will celebrate iconic BMW M cars from the last 40 years alongside the current M products.
Graeme Grieve, BMW Group UK’s Chief Executive Officer, said: “Throughout our 100-year history, BMW has always proved to be a highly innovative company which has defined change and looked to the future. From our first racing success in 1924 through to our plug-in hybrid model BMW i8, BMW Group has played a pioneering role in the automotive world. I am delighted that we will be celebrating our landmarks and achievements at Goodwood this year.”
The Earl of March, Chairman of the Goodwood Group of Companies said, “In its 100-year history, BMW has created many landmark cars, and has an exceptional motorsport heritage in Formula 1, Formula 2, at Le Mans, and in a variety of touring car series around the world. BMW has been one of the Festival’s most loyal and enthusiastic partners for 19 years. I am thrilled to be celebrating their centenary, and our long-standing relationship, with a BMW Central Feature. The sculpture will feature three cars which epitomise BMW's competitive instincts and pursuit of technology in creating the ultimate driving machine.”
The Goodwood Festival of Speed runs from June 23rd to the 26th, opening with a Press Preview Day featuring the Moving Motor Show on Thursday 23.
BMW Goodwood Festival of Speed Gordon Murray Brabham-BMW BT52 BMW 328 Mille Miglia Roadster BMW V12 LMR Central Feature Marque