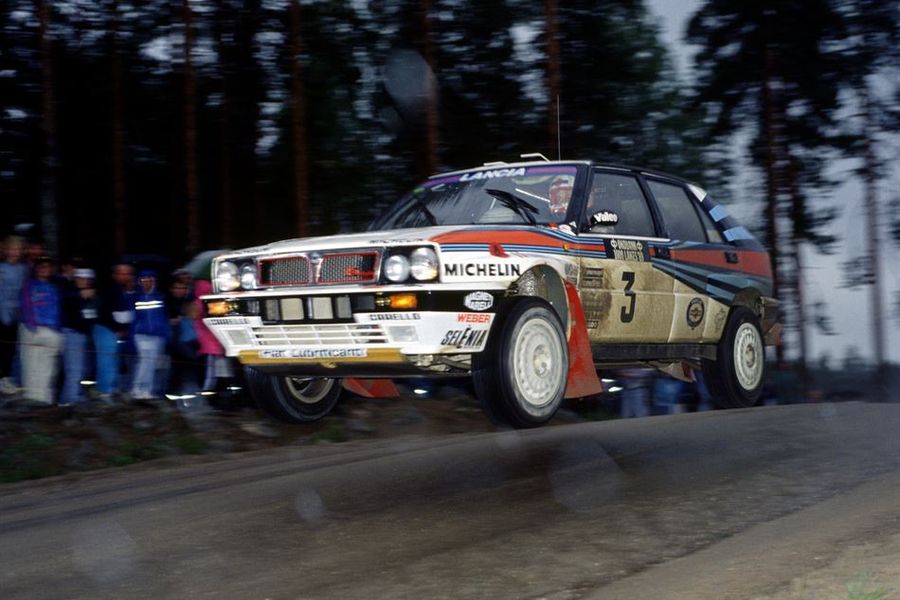 For a nation of die-hard car lovers, Italy has produced precious few motor racing World Champions. Indeed, today, there’s not a single Italian driver competing in either Formula One or the upper echelons of the FIA World Rally Championship.
Look a little deeper and, almost incredibly, the record books reveal the land of great automotive brands such as Ferrari, Lamborghini and Maserati has only produced one top-class F1 or WRC title-winner since the early fifties.
His name, of course, is Massimo ‘Miki’ Biasion – a double WRC champion and one of the five chosen ‘Rally Gods’ starring at IGNITION, Festival of Motoring, the high-octane celebration of all things car and bike-themed staged on the streets of Glasgow in and around the SEC from 4th-6th of August.
Biasion first came to prominence in the legendary Group B era when winning both the 1983 Italian and European Rally Championships. Back then, he was driving one of Lancia’s stunning 037s.  Globally, however, his successes came later in the same decade when competing in Lancia’s all-conquering Delta HF Integrale , designed to meet the subsequent Group A regulations.
At his peak with Lancia, the Venetian was winning almost three-quarters of all events entered and, underlining his dominance, was only the second man in history to clinch back-to-back WRC crowns when taking consecutive World Championships in 1988 and 1989. In total, Biasion won an impressive 17 rounds from 73 starts, notched up 40 podiums and took no fewer than 373 stage wins – a remarkable record that speaks for itself and emphasises his true ‘Rally God’ credentials.
Appropriately, come IGNITION, the Italian will be back behind the wheel of a Lancia Delta HF Integrale, resplendent in its iconic period Martini livery.
“It’s always very special to be reunited with an Integrale as it is like a baby for me,” enthused the approachable 59-year-old. “As a driver for the factory team, I was in charge of developing the car, so I was testing it right from the moment it was born. For almost six years, I spent 18 hours a day, 300 days a year in the car. Now, every time I have the opportunity to drive one, it makes me feel young again!”
Understandably, it brings back many wonderful memories, too. “It was great for me as an Italian, in an Italian car with an Italian sponsor to win two titles. It was, after all, the first time an Italian rally driver had been on top of the world. Even so, looking back, perhaps being a key member of the victorious Lancia team that won six consecutive Manufacturers’ titles with the Delta HF – a car that I had helped to develop – was an even better experience.”
As to why his nation of petrol-heads has failed to produce a single top flight World Champion on four wheels since his heyday, Biasion is almost as baffled as the rest of us. “It really is something of a mystery,” he agreed. “We Italians have such a strong passion for cars and for motor sport. Maybe it is because Italian motor manufacturers believe it’s better to employ foreign drivers for marketing reasons. I can’t find any other obvious answers.”
Whatever the reasons, Italy’s most decorated driver for more than half a century is now looking forward to joining his fellow Rally Gods and renewing old rivalries on the streets of Glasgow.
“I always love the opportunity to drive these wonderful old cars,” he smiled. “It will also be very special to be back in Scotland – a country which, like Italy, has such a strong motor sport heritage. There’ll be lots of old friends and I’m really looking forward to it.”