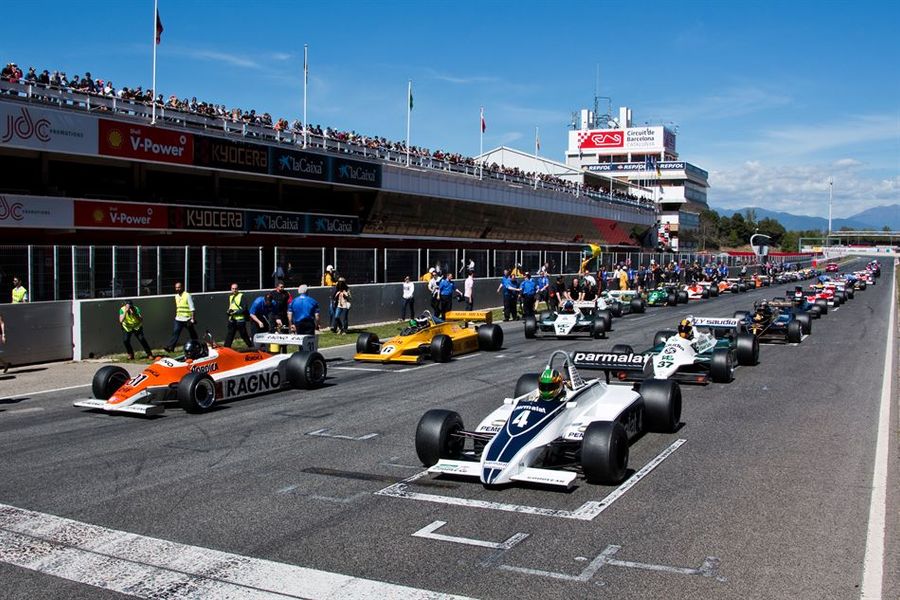 The Masters Historic Racing season is set to blast off the grid in style when it takes to the Barcelona circuit on April 17-19 for its European season-opening spectacular.

The FIA Masters Historic Formula One Championship always attracts a tremendous entry for its first race in mainland Europe.  Local hero Joaquin Folch is expected to head the entry aboard a Brabham BT49C, no doubt chased by a host of memory-evoking cars all running in period liveries, with McLaren, March and Lotus among the constructors on the grid.

“To race at the Espiritu de Montjuic event is special for many reasons,” says Joaquin Folch. “It is the start of a new racing season, which is always a big thrill, and the event also epitomises for me the very special spirit of the famous Montjuic Park. It was there that I was lucky enough to watch some of the same cars racing in period that compete in the FIA Masters Historic Formula One Championship today. Racing at this April Festival at the current Barcelona circuit at Montmelo revives many of these same feelings and racing in front of a home-crowd makes it one of my favourite weekends of the season.”

The FIA Masters Historic Sports Car Championship will provide a ground-shaking spectacle as Lola T70s take on Chevrons, Coopers and Porsches amongst a list of marques from a golden age of sports car racing. The 90-minute Gentlemen Drivers Pre-66 GT grid pits AC Cobras and Jaguar E-types against Porsche, MG and Marcos, while the concurrent 60-minute Pre-66 Touring Car grid boasts Ford Falcons and Mustangs, with humble Mini Coopers in hot pursuit. The locally-run Trofeo del Arco will tempt out some UK based 70s cars to face the Catalan regulars with an eclectic mix of 70s and 80s cars in two short sprint races.

In addition, the event will feature action from the Group C/GTP series, 1930s-1960s F1 cars from the Historic Grand Prix Cars Association, the new GT Sports Club promoted by SRO and the KTM X-Bow Cup adding modern sports cars to a programme underlining the rich heritage of the sport.

“We are delighted to be launching our 2015 season in Barcelona and are very excited that the event will allow us to use the historic Grand Prix configuration, without the tight chicane, for the first time this year” said Rachel Bailey, Masters Historic Racing Event Manager. “Espiritu de Montjuic has grown in stature in its short history and this event is the perfect place to start our 2015 European season. With a great circuit in an area with plenty to enjoy, all roads lead to Barcelona in April.”