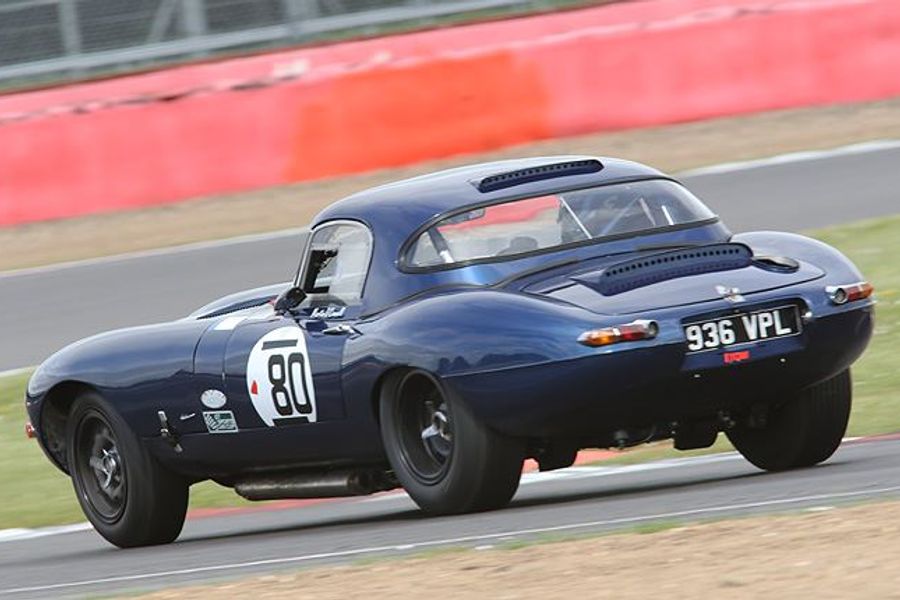 The annual Autosport Three-Hour race tops the programme at Snetterton (13th and 14th of June) for the Historic Sports Car Club’s race meeting at the Norfolk circuit. The three-hour race is one of the longest classic races on the British calendar and re-creates the Autosport Three-Hour race held at Snetterton from 1957 to 1964 and won by drivers like Jim Clark and Jack Sears. The 2015 race, centred on pre ’66 GT cars and run in partnership with the GT and Sports Car Cup, has drawn a fine 30-car field topped by seven Jaguar E-types.

Likely to be at the very head of the action are the Jaguars of Martin O’Connell/Andrew Kirkaldy, Julian Thomas/Nigel Greensall and John Clark/tba along with the Lister Jaguar of Barry Wood/Tony Wood/Alasdair McCaig. Ranged against the E-types will be three Austin Healey 3000s and a gaggle of Lotus Elans as well as MGBs and TVR Granturas.

O’Connell and Kirkaldy will switch to their Chevron B8 for Sunday’s 40-minute Guards Trophy race and will aim to make it three wins in a row. Max Bartell and Callum Grant will again team up in Bartell’s Elva Mk7S, while Stuart Tizzard will be a contender in his Lenham Spider. Heading the GT entry are the TVRs of Mike Gardiner/Dan Cox and Kevin Kivlochan as well as Ford GT40s for Gary Wright and Charlie Birkett.

As the category celebrates 50 years, two races for the HSCC Classic Clubmans Championship are prominent on Sunday. Category benchmark Mark Charteris will be the man to beat in his Mallock Mk20/21, with notable opposition from John Harrison (Mallock Mk21) and Ray Mallock in his Mk18. Ray, the elder son of marque founder Major Arthur Mallock, started his racing career in Clubmans in the late 1960s and still races very competitively when his schedule allows.

A bumper Road Sports field will contest a combined round of the Historic and 70s Road Sports Championships on Saturday afternoon, while earlier cars will tackle the half-hour FISCAR race on Sunday. Also on Sunday is the Archie Scott Brown Trophy for 1950s sports-racing cars in honour of the brave racer who made his name in Listers. In fact, the whole weekend is a celebration of Lister and Scott Brown.