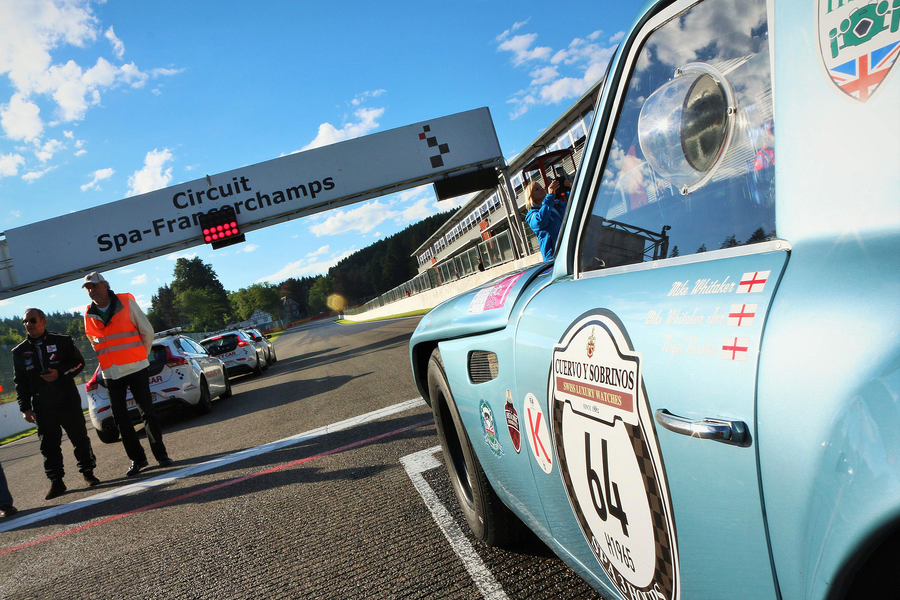 This weekend more than 80 classic racing cars will tackle one of the most iconic racing tracks in the world, racing at Spa-Francorchamps for the Three Hours of Spa. The bumper grid from the Iberian Historic Endurance includes 39 different car models from 18 different automakers, with drivers coming from 13 countries. This, despite the regulations being changed this year to permit GT and Touring cars only; and not accepting any kind of Sportscars, nor GTP, over 2,000cc, excluding cars such as the Ford GT40, the Chevrolet Grand Sport, the Elvas or the Merlyns.

Due to the race regulations changes last year’s winners Oliver Bryant / Grahame Bryant (Ford) will not defend their crown. Among the teams competing for the overall honours, the five AC Cobra entered are extremely competitive and favourites for pole-position. Count on Chiles’s family, the GTSCC winners in the 2018 Algarve Classic Festival, and the Macedo Silva’s clan, the winners at Pau.

The American cars will not have an easy life as ten ‘giant-killer’ Lotus Elans can be competitive due to the car’s lower fuel consumption, allowing a more balanced performance and better pit-stop strategies. Also driving a Lotus, but in this case a 47 model, the former winners, the Anglo-Portuguese line-up James Claridge / Gonçalo Gomes, joins the list of favourites.

Once again the BRM Index Performance will be thoroughly unpredictable. Following the race wins of Luís Sousa Ribeiro’s Ford Cortina Lotus and Philippe Quiriére‘s Mini Morris Cooper S, there are plenty of race favourites, from the Austin Healey Sebring to the Triumph TR3, without ignoring the ten Elans and the eight MGBs entered. Eugenio Martinez and Alberto Cazabella’s Matra Djet took the honours of the 2018 Index de Performance and Carlos Barbot / Pedro Matos received the BRM watch prize in 2017.

For Diogo Ferrão, CEO of Race Ready, the expectations for the weekend are high and reflect their hard work over several seasons. “The fourth running of the Spa Three Hours is, undoubtedly, the crown jewel of the Historic Endurance with the possibility of driving in this mythical circuit as part of an incredible endurance race with several different cars racing side-by-side over three hours.

“This race is alluring for competitors from around the world and this little amend on the cars allowed to take part will give it even more charisma. There are plenty of race favourites, but to achieve a good result on a race like this, what counts in the end is a fine-tuning between drivers, the car, the technical team and team strategy.”