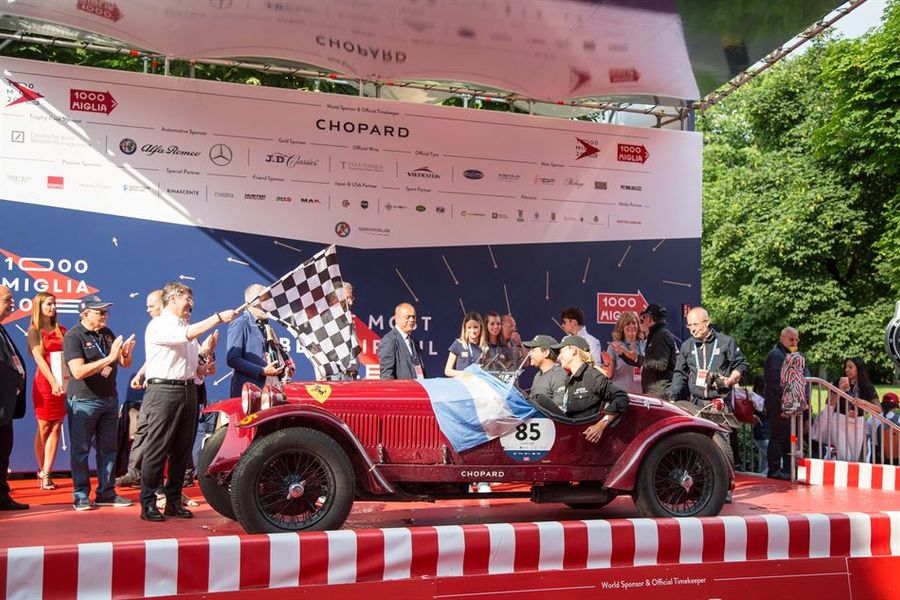 Juan Tonconogy and Barbara Ruffini have won the 1000 Miglia 2018. The Argentine crew, number 85, on board the Alfa Romeo 6C 1500 GS "Testa Fissa" from 1933, has outpointed every other team with a score of 74,108 points.
In second place were Giovanni Moceri and Daniele Bonetti with their 1928 Alfa Romeo 65 1500 SS on 73,714 points. In third place were the outgoing champions of Brescia Andrea Vesco and Andrea Guerini, on board the 1929 Alfa Romeo 6C 1750 Zagato with 73,327 points. For the duo od Tonconogy and Ruffini it is their third victory in the "most beautiful race in the world" after coming home first in the 2013 and 2015 editions.

Franca Boni and Monica Barziza, on board a 1949 Lancia Aprilia 1500, won the Ladies' Cup, coming home in 45th place overall.
The thirty-sixth historical re-enactment of the Freccia Rossa covered 1,743 kilometers, 112 time trials and six hourly speed average tests. It featured over 40-hours behind the wheel, interspersed with very short lunch breaks; 200 municipalities crossed in seven Italian regions, and also the Republic of San Marino.
There were 65 withdrawals recorded in the four legs from Brescia-Rome and back. This year there was a record number of applications for registration: with 725 received by the organisers of the "traveling museum”, with 450 accepted and cars and drivers coming from all over the world.   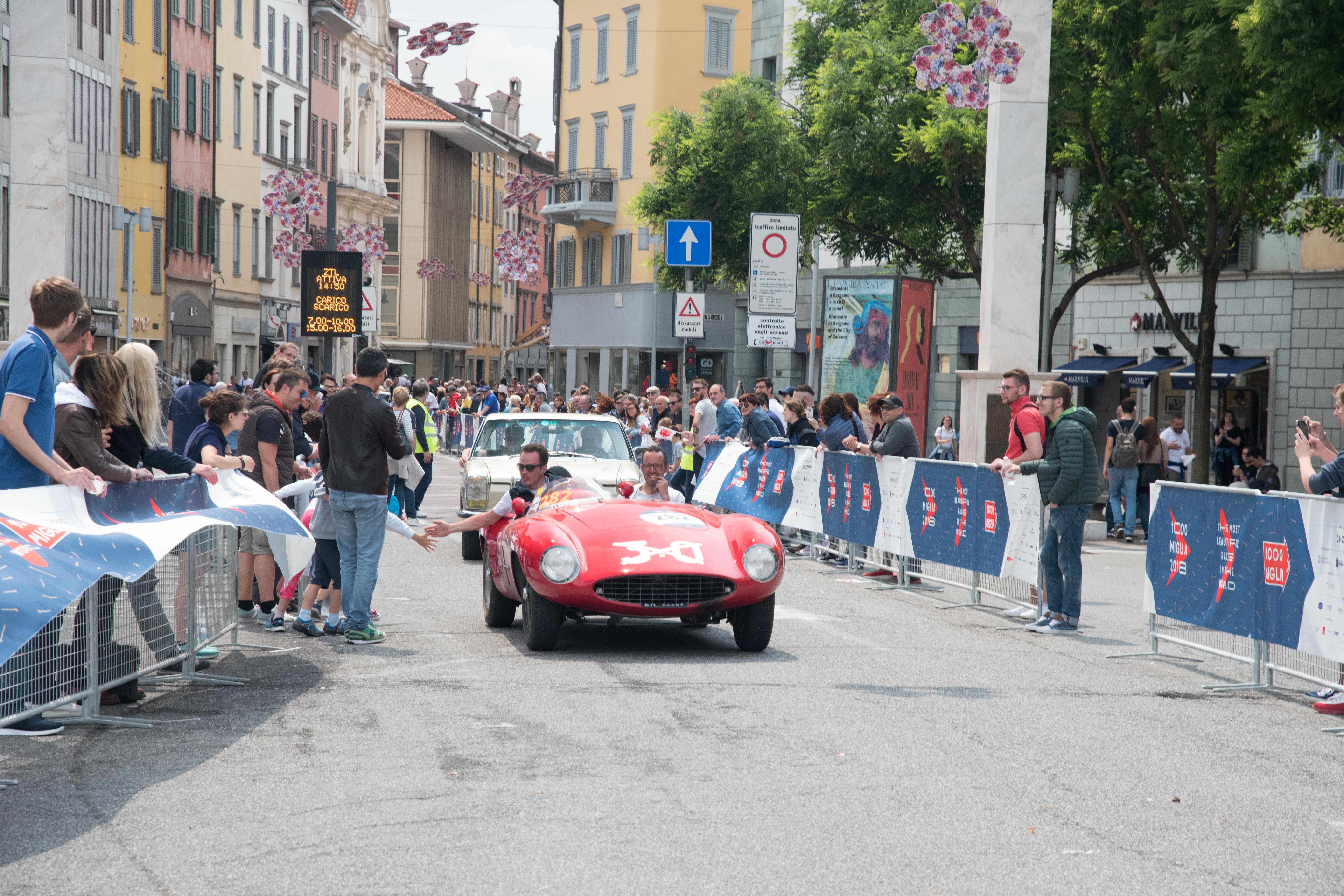