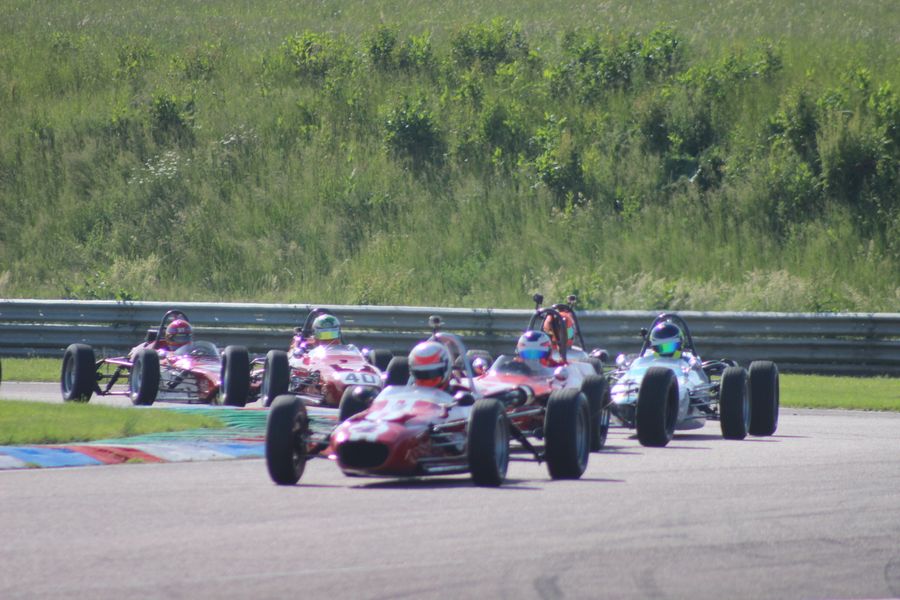 A one-day meeting on the Snetterton 200 circuit on Saturday (1 June) is the next date in the Historic Sports Car Club’s racing season. Five classes each have a double-header at the Norfolk venue, so it will be a busy day for the drivers and teams.

Historic Formula Ford races at Snetterton over recent seasons have been outstanding and rounds four and five of the championship should be no different as Cameron Jackson bids to extend his unbeaten sequence to five races this season. His major rivals will, just as at Silverstone last time out, come from the Speedsport team as Ben Tusting and Pierre Livingstone take the battle to their more experienced opponent.

Also on the grid on Saturday will be Jackson’s brother Dominik, who will be making his championship debut in a Crossle 20F. Dominik has an impressive mainstream single-seater career on his CV, so his pace will be a major talking point. Ross Drybrough, Gislain Genecand, Simon Toyne and Rob Smith are other top six contenders.

An excellent field will gather for round two of the Classic Formula 3/URS Classic Formula Ford 2000 Championship with a field led by the Ralt RT3s of David Thorburn and Paul Smith taking on the Marc 803 of Adrian Langridge. The FF2000 pack is topped by locally built Van Diemens and the RF82s of Ben Stiles and Chris Lord likely to be to the fore.

The Historic Road Sports Championship brings a lovely grid of 1960s to the track, along with a class for invited cars from the 70s Road Sports category. Due to start its season is the newly restored AC Cobra of Kevin Kivlochan, which will go up against the Morgan Plus 8s of Peter Garland and Tim Pearce. Jai Sharma’s Ferrari 308GTB adds some Italian passion to the head of the race.

Lotus Cortinas head the field for the Historic Touring Car Championship round, with the cars of Richard Belcher and Roger Stanford sure to be rapid. Joe Gomm tops the Ford Anglia contingent while Hillman Imp racer Adrian Oliver will continue his bid to retain his 2018 overall title.

Finally, round two of the HSCC Classic Clubmans Championship has a field of the remarkably rapid front-engined sports-racing cars and with regular pacesetters Mark Charteris and John Harrison currently concentrating on Historic Formula 2, the wah is open for a new name to top the podium. Key contenders are Alan Cook (Mallock Mk20/21) and Mike Sales (Phantom P79).