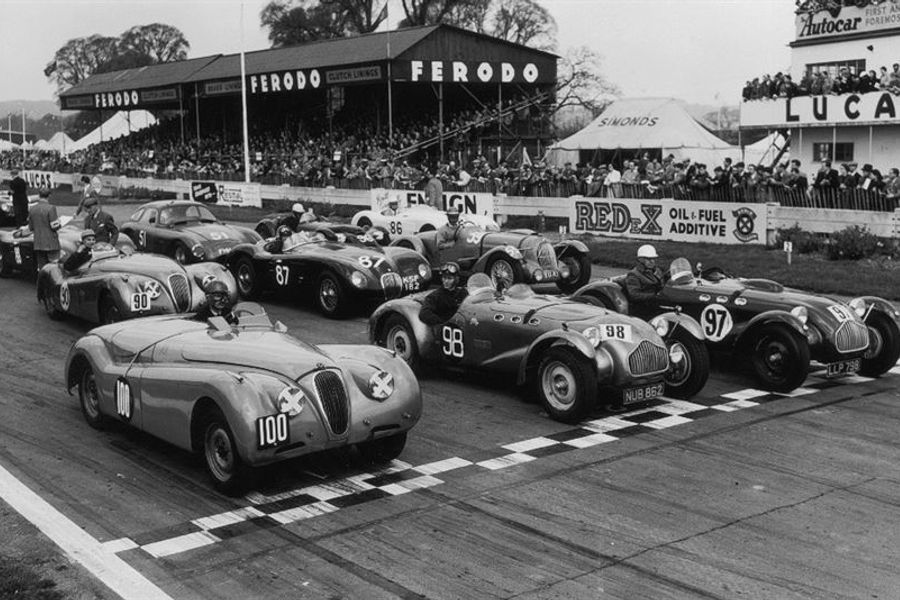 June 2018 will see a two-day celebration XK70 - marking 70-years of the stunning Jaguar XK 120 spots car. Launched in 1948, the car was soon used for racing with Leslie Johnson taking the model’s maiden victory in the Daily Express One-Hour Production Car Race at Silverstone in August that year.
Popular with Hollywood stars and racing drivers alike, it helped launch the careers of drivers such as Stirling Moss and Phil Hill. Officially the fastest production car in the world, the XK led Britain's post-war 'export or die' campaign, earning vital dollars, siring five Le Mans winners and triumphing in international rallies.
As well as a race career that ecompassed, circuit racing, Le Mans, the Mille Miglia and international rallying, the XK 120 was also used for reached breaking. In 1949 one set a record of over 132mph for the flying mile, and the next year Johnson and Moss set an average of 107.49mph for 24-hours at the Montlhery oval in France.
More endurance records followed, including and average of just over 100mph for a run of seven days and night at Montlhery, while in October 1953 Norman Dewis raised the flying mile speed to 172.412mph on a closed road at Jabbeke in Belgium.
Plans are already well underway to celebrate the 70th anniversary. The International Jaguar XK Club, founded by author and publisher Philip Porter, will hold a two-day event at the famous Shelsley Walsh hillclimb venue in the Worcestershire on June 9th/10th. In 1998 500 XKs from around the world gathered at Donington Park race circuit for XK50. In 2008, the XK Club had 600 at Goodwood. In 2018, the aim is 700, with all XK-engined cars are invited.
The XK 120 launched the XK engine which powered the vast majority of Jaguars between 1950 and 1986, including the Mk 2 saloons, the legendary E-types and the XJ6 saloons, to say nothing of tanks, armoured cars, fire engines and record-breaking power boats. For many, it is the greatest engine of all time.
XK 120s were produced from 1948 until 1954 when succeeded by the XK 140 which was followed by the XK 150 in 1957, to be replaced by the E-type in 1961. Over 30,000 XKs were produced, with around 60% exported.