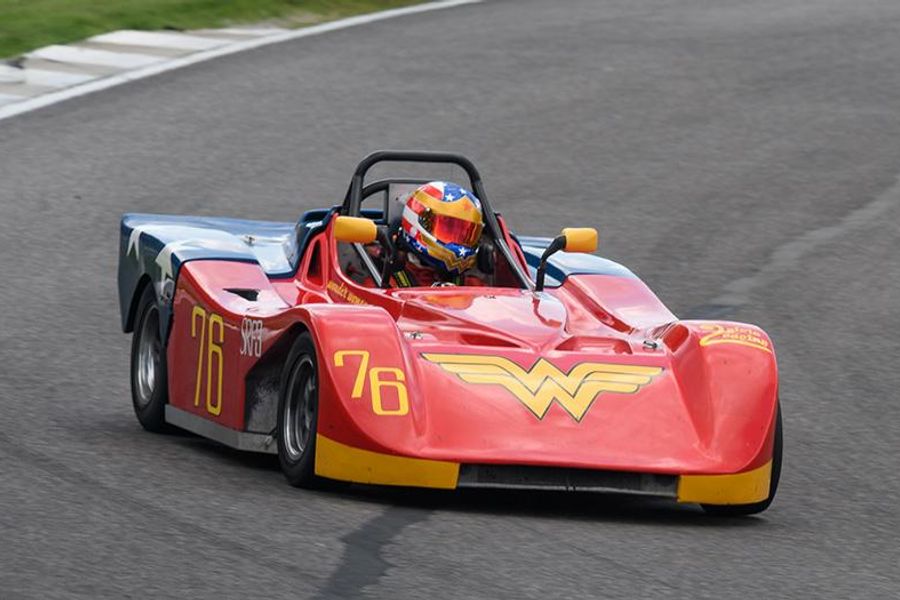 Driving her "Wonder Woman" themed 1983 No. 76 Ford Spec Racer (FSR), Amber Stephenson combined a clean and quick drive on the 2.38-mile Barber road course with a well-timed pit stop. The perfect performance resulted in overall and Vintage-class victories for Stephenson in her 2Girls Racing-prepared FSR. 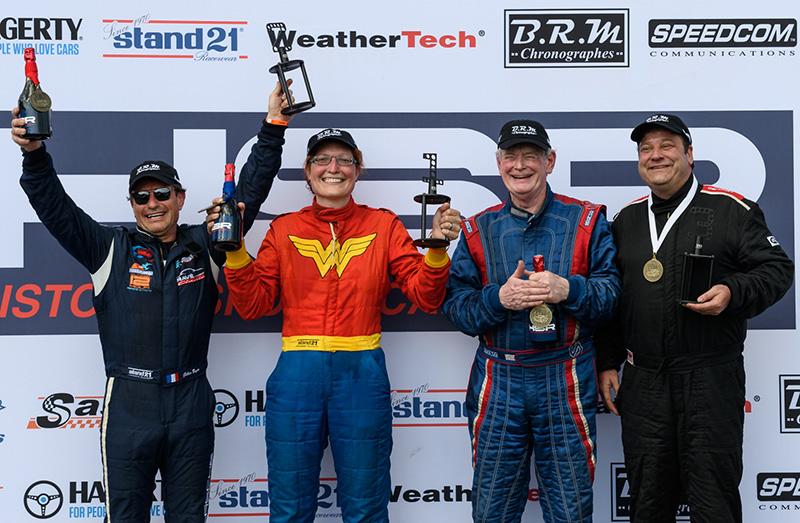 Second overall and first in the GT Classic (GTC) class in the B.R.M. Endurance Challenge went to George Kovakas in his 1986 No. 114 Porsche 944 Turbo. His run was an exact repeat of Friday's race results in the Sasco Sports International/American Challenge race that saw Kovakas win his class in the all-Porsche division and finish second overall.

The final podium spots in the GTC class were decided in a down-to-the-wire battle of brothers who were each helped by the same Heritage Motorsports co-driver.

David Hinton was entered to drive both Porsches and started the race in the No. 301. At half distance, Hinton gave the No. 301's wheel to Damon and then promptly took over for Dean in the No. 33.

In what turned out to be the best battle in the late stages of the race, Hinton reeled in the No. 301 and slipped by for third overall and second in GTC at the finish line as the checkered flag waved. The Damon DeSantis/Hinton No. 301 entry finished a strong fourth overall and third in GTC. 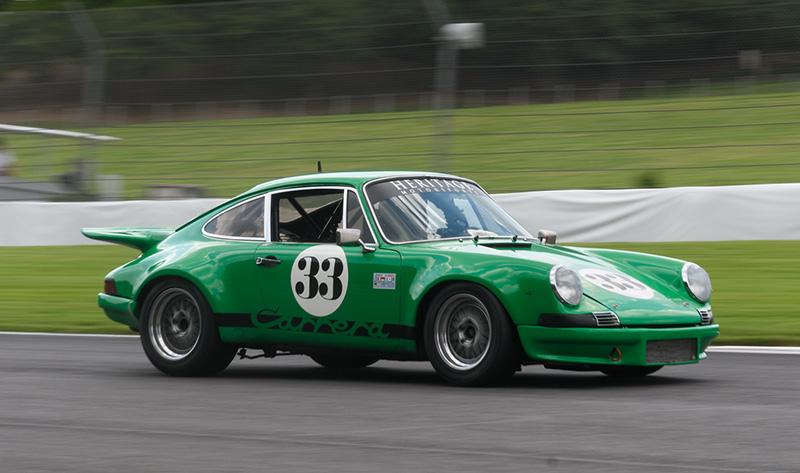 The overall top five was completed by French driver Gilles Boyer in his 1972 No. 37 Porsche 911 S/T prepared by Heritage Motorsports. The finish also gave Boyer second-place honors in the Vintage division, his second class-runner-up placing of the weekend after a P2 Porsche finish Friday in the Sasco Sports race.

Third place in Vintage went to David Baughman and his son Jason Baughman in their 1998 No. 92 Toyota World Sports Racer (WSR).

The one-hour B.R.M. race will be followed by the first three Round 2 WeatherTech Sprints of the day, starting at 9:30 a.m. CDT with the second and final Formula Junior Feature race of the weekend.