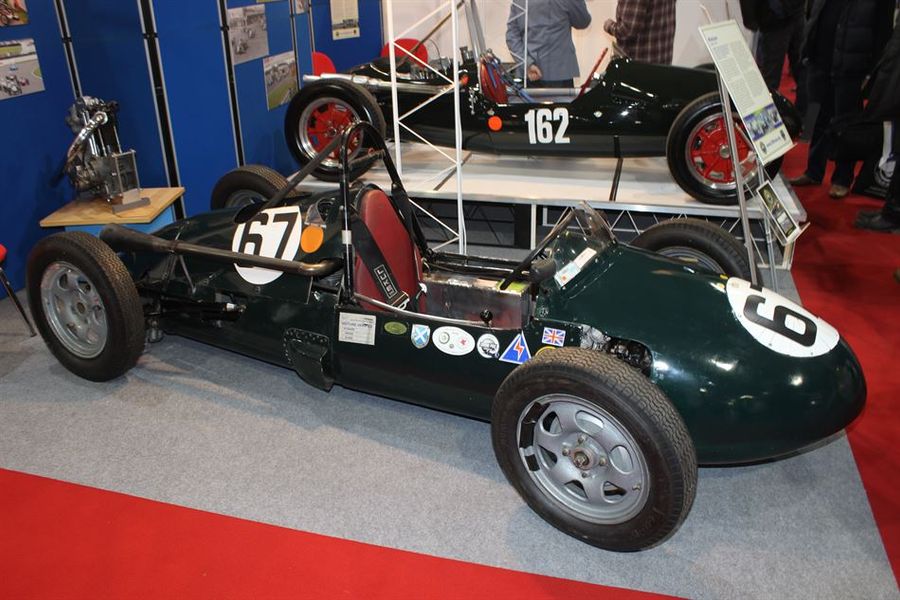 The Formula Junior Historic Racing Association and the 500 Owners Association have combined to revive the Wally Cuff Hill Climb Trophy at four classic hillclimb venues. The series will open at Wiscombe Park in May, then visiting Shelsley Walsh, Loton Park before finishing at Prescott at the start of October.
The revived concept owes its existence to three ideas coming together. The 500 Owners Association have been keen to encourage the reappearance of the potent Cooper V-twin cars in hill climbs, with a new class for cars over 500cc in their longstanding championship.
Simultaneously the Formula Junior Historic Racing Association have been keen to encourage further entries for their own Speed Championship from cars with a performance similar to the motorcycle-engines cars that previously competed.
In an example of perfect timing, the facile of the late Wally Cuff contacted John Forsyth of the Woolbridge Motor Club suggesting that a trophy they owned could be presented annually. Wally Cuff had been a great character who was associated with the ‘Hell’s Hammers’ T-twin Coopers for many years and John Forsyth duly contacted the 500 Owner’s Association with the family’s generous offer.
The four round schedule for 2016 is:
Wiscombe Park May 7th
Shelsley Walsh July 17th
Loton Park August 28th
Prescott October 2nd
Shelsley Walsh 500 Owners Association Wiscombe Park Loton Park The Formula Junior Historic Racing Association Wally Cuff Hill Climb Trophy Prescott