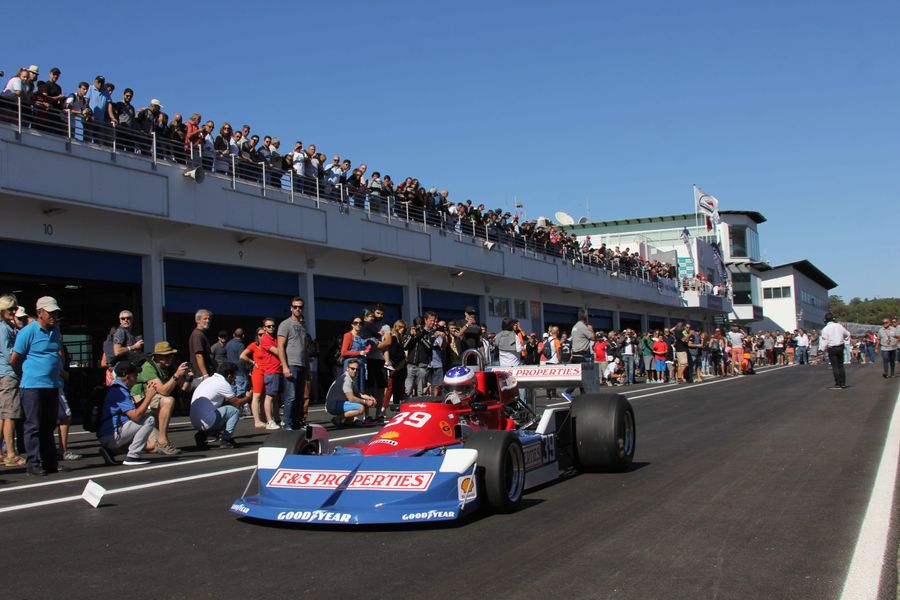 The 2019 edition of Estoril Classics, scheduled for the 12th and 13th of October, will bring to the Estoril Circuit in Portugal a wide range of classic sport, with something for any enthusiast. The event is organized by theATC - Tourism Association of Cascais – Portugal, and will once again be a landmark event, combining a wide range of race and rally events, plus a concours d’elegence.

These were the main draws for the 65,000 spectators who attended the 2018 event, coming from all over Europe, and this number is expected to be surpassed in 2019. This October organisers are expecting more than 150 historical competition cars, valued at around 40 million euros, and teams representing more than 20 different nationalities, competing over two days in a complete program of 14 races.

The highest profile event will be the F1 Classic, where Formula 1 cars from before 1984 will adorn the curves of the Estoril Circuit. Marques such as Lotus, McLaren, Tyrrell, Williams or Hesketh may not mean much to the younger fans, but the audiences who had witnessed tat Estoril, on television, or around the world, the incredible fights between these cars in the late 1970s and early 1980s, will have a chance to rekindle all those memories. This will be an opportunity to relive glorious moments in the long and esteemed history of Formula 1, of the time when talented drivers such as James Hunt, Emerson Fittipaldi, Niki Lauda, Alain Prost, Nigel Mansell or Ayrton Senna ruled the tracks.

Decked in the bright liveries of the sponsorships of the time, these machines with more than 500hp offer an engaging and enthralling spectacle, both for the occasional spectator and for the greatest enthusiasts of Formula 1.

However, the big news for the 2019 edition will be a new Formula 1 race, for cars that raced before 1966. The Historic Grand Prix Cars Association (HGPCA) will return to the Estoril Circuit with their Formula 1 from the decade 1950, a time of pure driving where there were no aerodynamic appendages, wind tunnels, slick tires and not even sponsorship.

Classics such as the Maserati 250F, Alfa Romeo P3, Lotus 16 or Cooper T43 will be some of the rare models evaluated in millions of euros that will be in competition during this event at the Estoril Circuit.

In order to enhance an already extensive program Estoril Classics will host, for the first time in Portugal, the exclusive 1000km Sports Cars competition, which will allow spectators the opportunity to see the GT ́s which ran in the World Championship of Sportscars between 1964 and 1974. This is where the dramatic Lola T70, the Chevron B19, the GRD and others are expected to make their appearance. Some may not recall it, but this race will mean a lot to the Portuguese, as the grid will be populated with cars very similar to those which participated in the inauguration of the Estoril Circuit and in the competitions oat Vila Real, in Angola and Mozambique in the early 70's.

After having been absent last year, the Formula Junior Historic Racing Association (FJHRA) will run races for the FIA Lurani Trophy (created in 1995). The series always provides close and exciting racing and was a key junior formula in its heyday the late 1950s and early 1960s.

The charm of the already popular Iberian Historic Endurance for Touring and GTs cars up to 1976, will also be present and promises to entertain with close race action all through the large field. The award-winning competition, one of the top five at European level, is back in Estoril and features several Portuguese teams.

The Iberian Historic Endurance series, for Touring and Grand Touring cars like the Alfa Romeo GTA, Porsche 911 or Jaguar E-Type, excels at the level of preparation and quality of the entry, being the perfect way to remember the endurance events of the time. The Portuguese National Group 1 championship form the 1980s, when races were lively, includes a range of racing saloons, such as the ever-competitive Ford Escort, but there is a great diversity of sports models of the era, such as the Ford Capri, VW Golf GTi and the BMW 2002. The Mini Mighty Trophy, racing among Group 1, is always fun to watch,  and the Datsun 1200 from the Production Cup also gives us race-long action.

Lovers of two wheels will also have reason to rejoice. Spirit of Speed - Europe's largest club of classic road bikes - will bring to Estoril more than 40 competitive bikes. The FIM (International Motorcycle Federation) will join the party and take advantage of one of the biggest historical vehicles events to celebrate its 70th Anniversary. More information about this important celebration will be revealed later.
  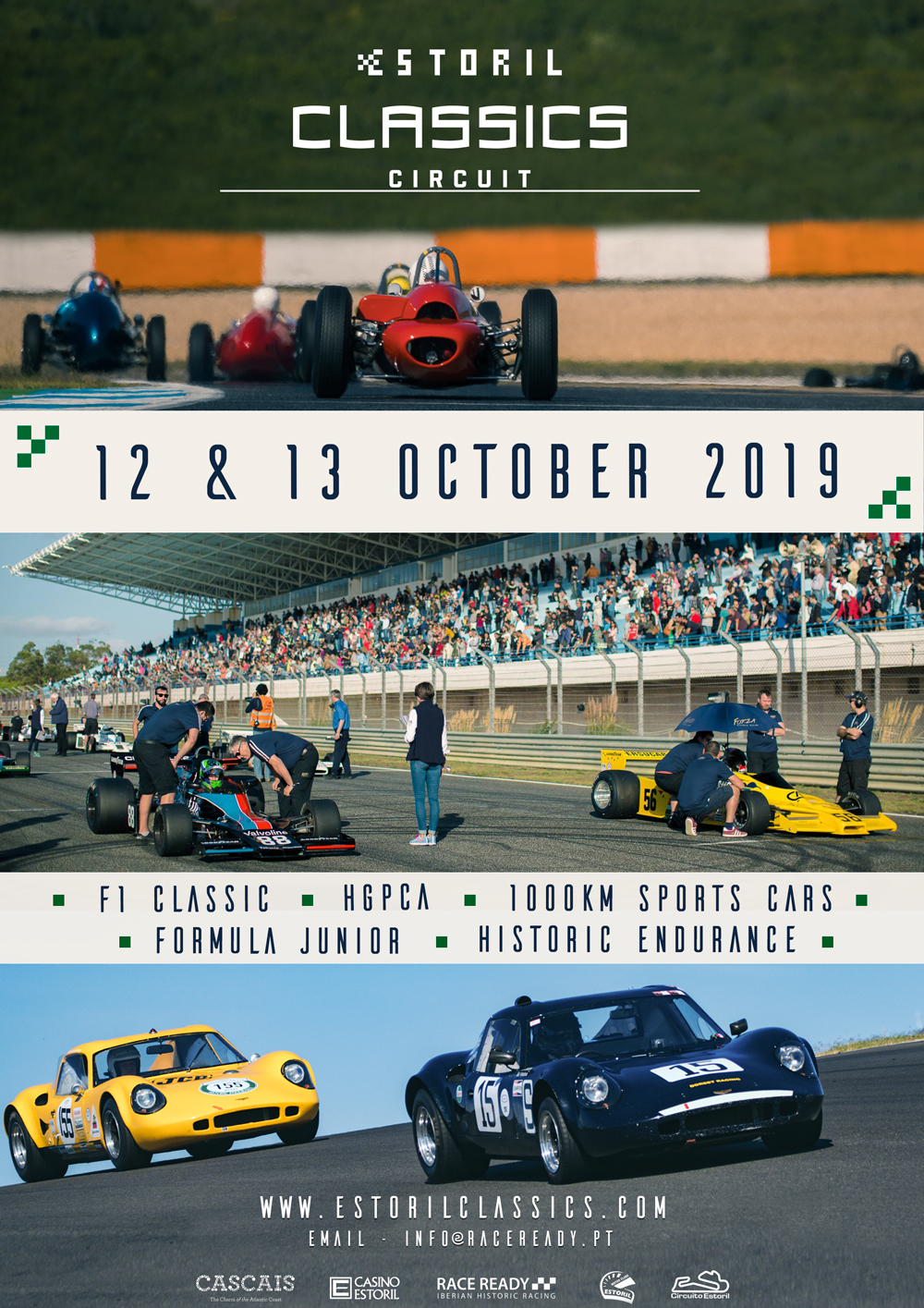