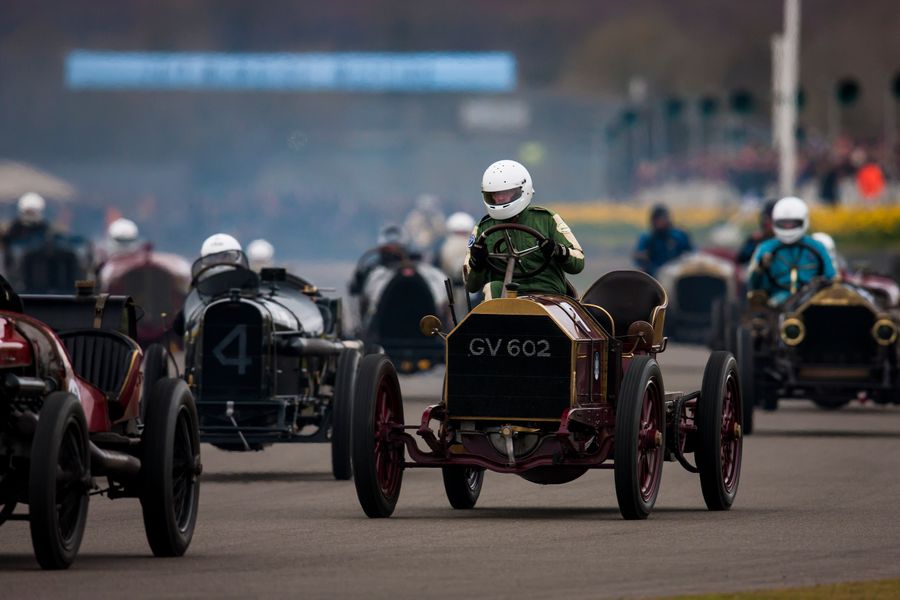 The Edwardian aero-engined monsters that make up the S.F. Edge Trophy, a firm fan-favourite of previous Members’ Meetings, will return to the Goodwood Motor Circuit as the first race confirmed for the 77th Members’ Meeting, taking place on 6th/7th April, 2019.

Big engines are a key part of what makes the S.F. Edge Trophy so popular. The 2017 running saw an almighty grid reach a combined engine capacity of 234 litres – at an average of 8.6 litres per car. This included the monstrous ‘Beast of Turin’ Fiat S76, with its eye-watering 28.3-litre engine.

To put that into perspective, the largest engines elsewhere at the meeting were found in the Chevrolet-powered entries for the Surtees Trophy with a capacity of only 5.7 litres.

“These Edwardian cars are a real challenge to drive, let alone race. Many of them feature rear brakes only, and the driver normally has to manage an external gear leaver with no synchromesh on any of the gears. Added to that they will need to manually pressurise the fuel system on the move.” Said Matt Hearn, the Motorsport Event Content Manager.

“Then there’s the skinny tyres and solid rear axle, which makes the cars want to oversteer. You’ll see drivers in a lofty seating position, looking over a long bonnet, wresting with enormous steering wheels, trying to keep these beasts in a straight line. It is quite possibly one of the most unfamiliar-but-exciting spectacles of the weekend.” 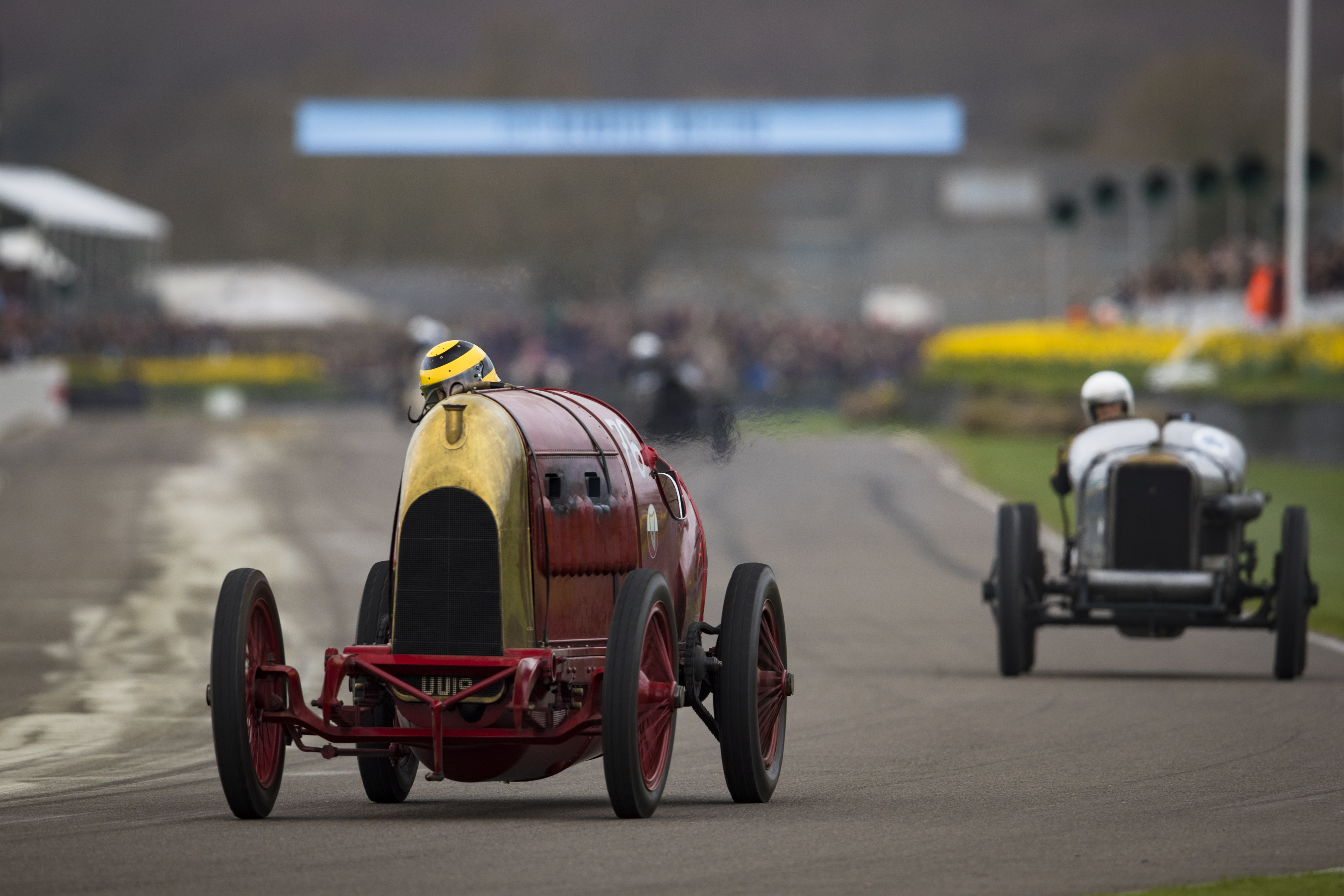