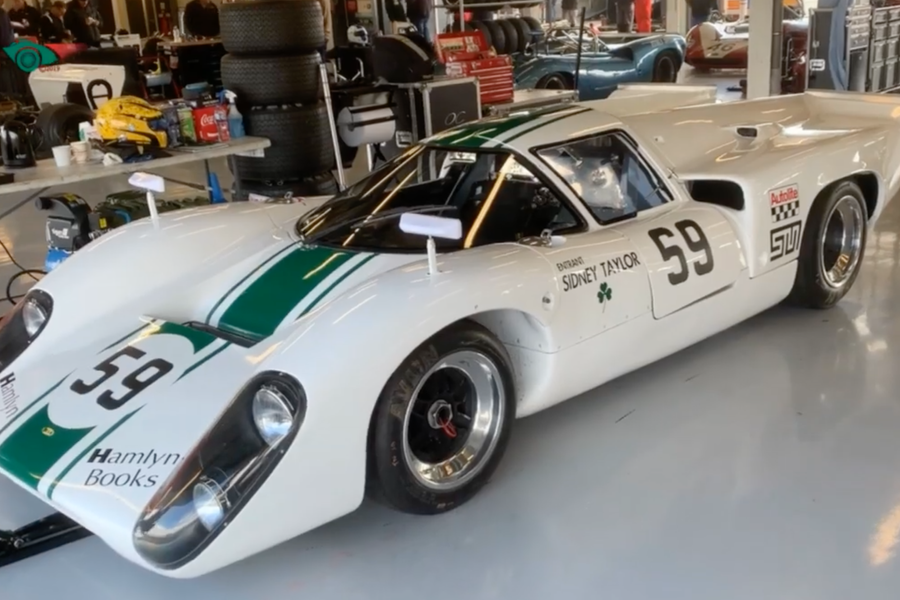 A delight of the Silverstone Classic media day is the cars you just stumble over in the pit garages. THis pristine Lola T70 MkIIIB in the distainctive livery of Sid Taylor was certainly an eye catcher, and a reminder of how popular that car was - and of Sid Taylor and his support of sportscar racing at that time.

Having already run a T70 MkIII that raced by drivers such as Denny Hulme and Frank Gardner (as well as by Taylor himself), he bought the first of the new MkIIIBs (chassis SL76/138 for the enthusiasts amongst you) which was delivered on the 2nd of January 1969 and then dispalyed in his white and green livery at the Racing Car Show later that month. Powered by a five-litre Chevrolet V8, the car had an extensive first race season, taking its first win in the RAC Group 4 round at Thruxton that April in the hands of Brian Redman, and racing internationally - including a win in the Bulawayo Three Hours! SL76 was sold to Mike de Udy's Bahamas Racing at season's end.

"One of the best cars ever made! Very simple and sraightforward to run. It came out at the same time as the Lotus 40 and early McLarens and beat them easily. The coupes were beautiiful, just as easy and cheap to maintain. We had the first car to lap Silverstone at 120mph and the first to lap Mallory Park at over 100mph. Great days!"