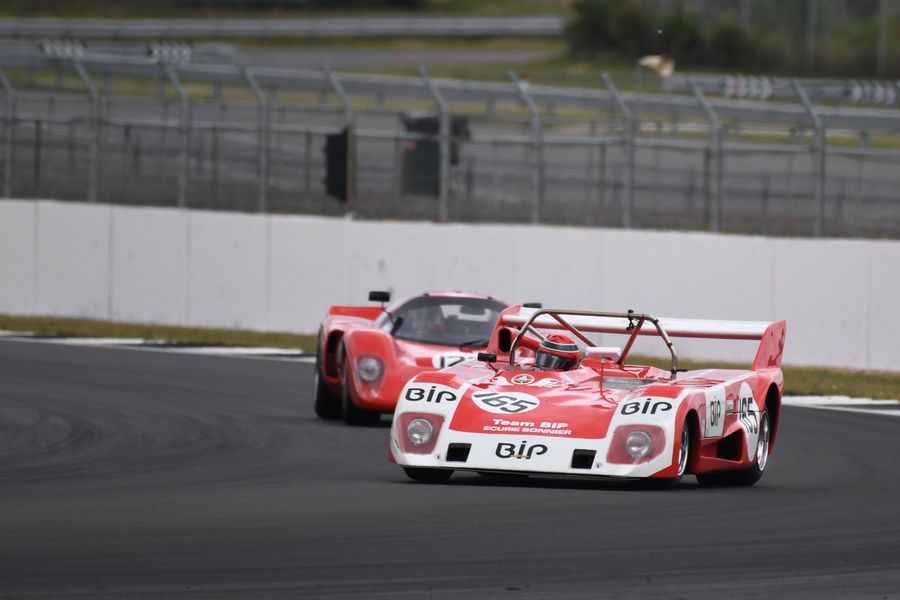 Join Diogo Ferrao in his Lola T292 for qualifying for the Yokohama Trophy for FIA Masters Historic Sports cars at jast month’s Silverstone Classic - the Portuguese racer sixth quickest overall and heading his class after the 30-minute session. A storming drive in the next day’s race saw him take third in the 50-minute event, winning the Stommelen class and surrounded by more powerful McLarens and Lola T70s in the results.

The T292 was Lola’s contender in the 1973 European 2-Litre Sports Car Championship, a development of the previous season’s T290, and the model won five of the eight races. Chris Craft took the title having won twice in his Cosworth BDG-powered T292, while Guy Edwards was third having tried different engines in his T292, though only winning with  a BDG in the back.